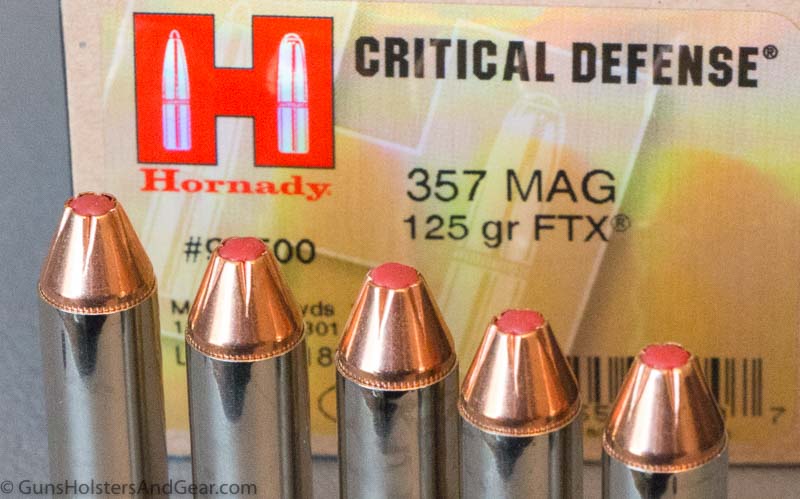 The Critical Defense ammunition features a hollow point bullet the same style of “Flex Tip” polymer tip that Hornady uses in the LEVERevolution line of ammunition.Â  The tip prevents the hollowpoint from being plugged with clothing and helps ensure expansion.Â  Because of the Flex Tip technology, Hornady claims to achieve “100% reliable expansion every single time.” Â Subsequent gel testing by independent parties seems to support this claim.

The new Hornady ammo is not designed to meet the FBI test protocols used by some law enforcement agencies when choosing ammunition.Â  Rather, Critical Defense ammunition is designed to operate in small, concealed carry guns against clothed attackers–not through steel and glass as required by the FBI testing. Â For ammo that meets FBI protocols, scroll down this page for information on the company’s new Critical Duty line of ammo.

Critical Defense ammunition is being introduced in 9mm, .380 ACP, standard pressure .38 Special, and .38 Special +P.Â  Ammunition is starting to ship and should be on the shelves by the end of the month.

The Hornady ads and literature feature the Ruger LCP, so I don’t know if this was the purpose-built ammunition for the LCP that Michael Bane refered to in his podcast.

Hornady added a 00-buck 12 gauge round to its line of popular Critical Defense ammunition.

This 12 gauge round is a 2 3/4″ shell with eight .33 caliber pellets.Â  Hornaday is using the Versatite wad for “ultra-tight” patterns from standard production shotguns.

Hornady promises proper functioning in both pump and semi-auto shotguns. 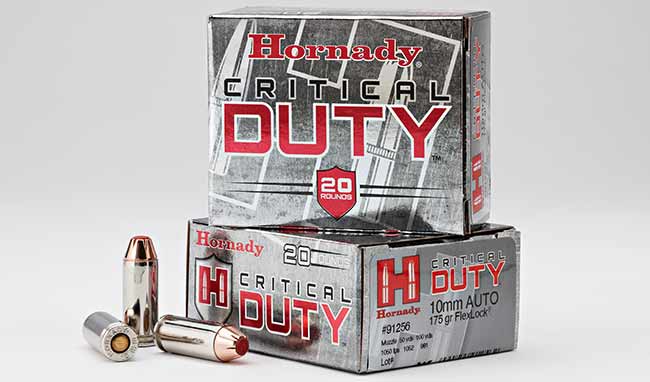 Expect to see more on this line of ammo at the 2012 SHOT Show. 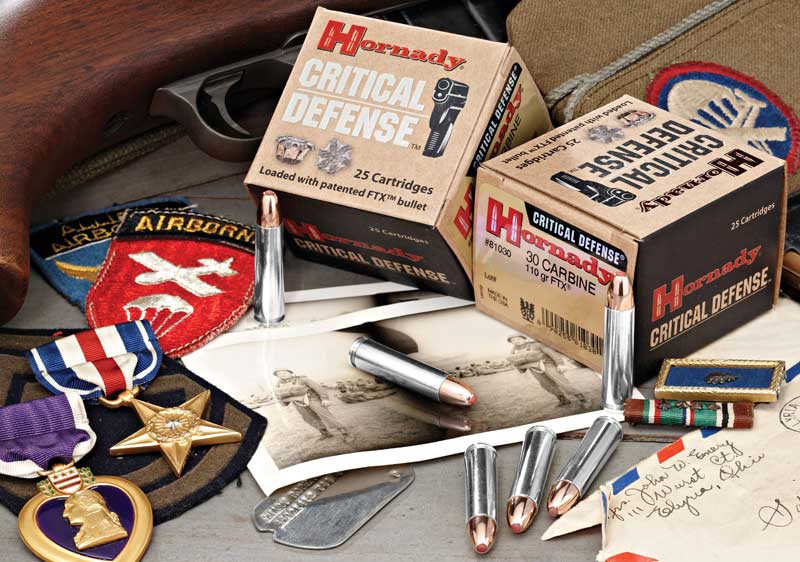 Shooters of a great old cartridge, the .30 carbine, are getting another choice in ammo with the introduction on the Hornady Critical Defense load.

The .30 carbine has been considered by many to be a step up from the power of a pistol, but that it is nowhere near the effectiveness of a true rifle cartridge for self defense. Â A good ammo load can help overcome any perceived deficiencies in this cartridge.

Like the others in the Critical Defense line, the .30 carbine uses a polymer-tipped FTX bullet to help assure expansion without jamming the hollowpoint with foreign debris. Â This load uses a 110 grain bullet that leaves an 18″ barrel at 2000 fps. Â Generated energy is slightly under 1000 ft-lbs, measuring 977 ft-lbs.

The bullet penetrates about 15″ of gelatin and makes “extremely large wound cavities,” said Dave Emary a senior ballistician for Hornady.

I’ve always liked the idea of a M1 Carbine as a self-defense and home defense gun. Â With the new Critical Defense ammo in .30 carbine, I like the idea even more. 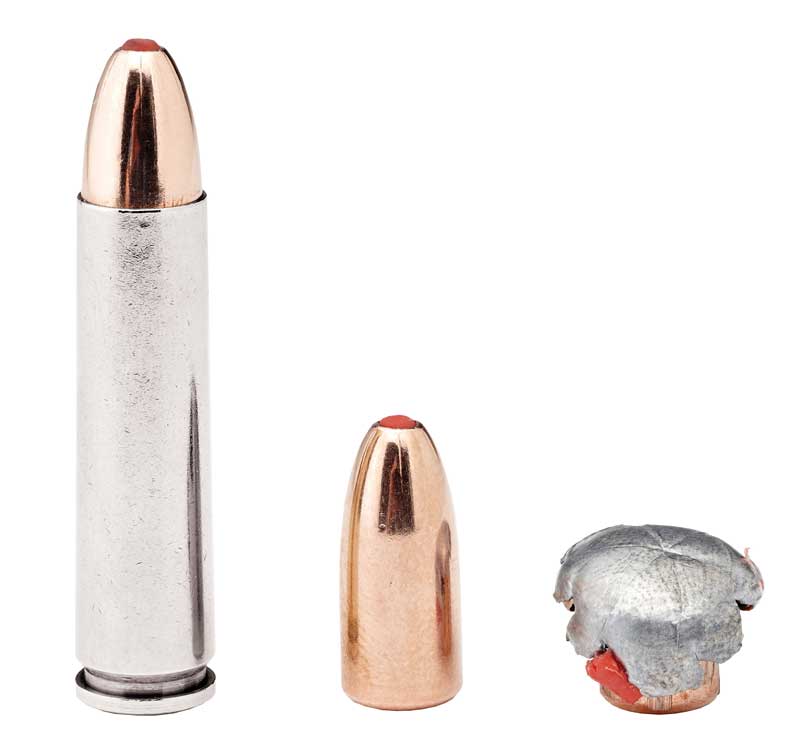 Hornady announced at the 2014 NASGW show they would be shipping a new lighter-recoiling 9mm load in the Critical Defense line. Although perfectly useable by men with difficulties in handling recoil due to arthritis and other infirmities, the company decidedÂ to go pink with the packaging as if to indicate only women need light-recoiling loads.

I wish the company would merely introduce the load as a normal round and not try to cater it to a specific gender. Last I saw, there weren’t a lot of women running Hornady, which may have something to do with the marketing decisions.

The first listing for distribution in the retail channel that I’ve found is MidwayUSA. You can’t order it, but you can sign up for email

They could have invented this 100 years ago. What took so long?

when will 9mm ftx be available ??
thanks, Jim

The 9mm should be arriving at dealers this week.