Check out this introduction video from Gun Blast:

The setup is very interesting. Â It may not be as instinctive as a Crimson Trace, but this laser aiming unit is still very compact and easy to operate. Â The great thing about the free market system is that there are many option available to shooters so you can find what works best for you. Â For some people, the LaserLyte rear sight laser will be the perfect unit, while it may not be the ideal device for other people.

LaserLyteÂ introduced a new rear laser sight for the Springfield XD/XDM and the Sig Sauer line of pistols.Â  Featuring the same style rear laser sight that theyÂ debuted on the Glock pistols, the LaserLyte RL-XD/XDM replaces the rear pistol sight and is user adjustable.

I have received word thatÂ LaserLyte is making aÂ Rear Sight Laser for the Taurus SLIM 709 and 740 pistols. Â The really nice thing isÂ LaserLyte sent word that one is on its way to me for review.

The LaserLyte RL-TS Rear Sight Laser for the Taurus SLIM 709 and 740 pistols is expected to ship in two months, and you will have a full review on it to help you make a buying decision.

The laser will retail for $199.95, but pricing on the street will be much lower. Â Stay tuned for more information on the LaserLyte rear laser sight for the Taurus SLIM line of handguns. Â These things may get a lot of traction in the coming months. 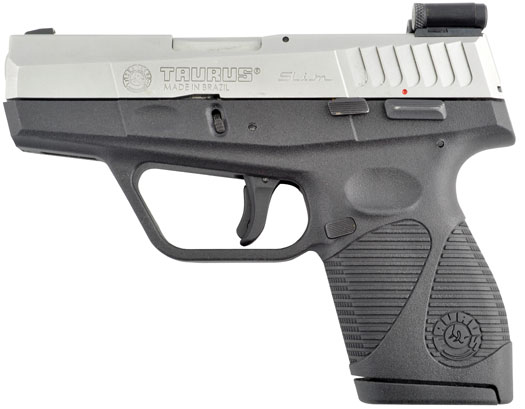 LaserLyte officially announced theÂ rear sight laser for the Taurus 709, 740, and 708 Slim pistols.Â As I previously posted, the RL-TS laser was shipped to me in advance of the notice, and a full review will be posted next week.

The new laser sight is similar to the previous models released by LaserLyte. The laser unit is incorporated into the rear sight, meaning it generally will not affect the use of any holsters you may already have for your Taurus Slim pistol. This is a huge advantage over some competing products.

The LaserLyte RL-TS has two modes: steady-on and pulse. The laser is red, and has an approximate run time of six hours. 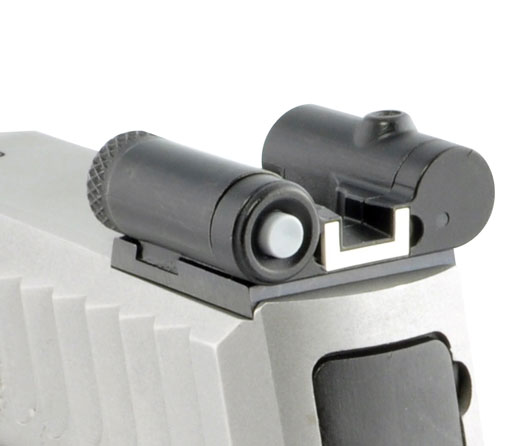 The rear sight looks like the standard “box” rear sight found on Glock pistols, with two small barrels on either side of the sight.Â  The system seems to work well for many people.

Battery life is pretty good, with a stated run-time of five hours in normal use.Â  The laser also has a pulse mode, which extends battery life to 10 hours of use.

LaserLyte Rear Sigth Laser sure looks good. Are their plans to manufacture for other pistols (S&W’s M&P & other pistols)?

Yes, LaserLyte states additional models will be out this year.

This looks like exactly what I have always wanted. It is small and does not radically change the look of the gun nor does it require me to toss aside all the holsters i have required. I am absolutely going to purchase one for my everyday Glock. I have seen them advertised for the Sigs, Keltec and others as well.