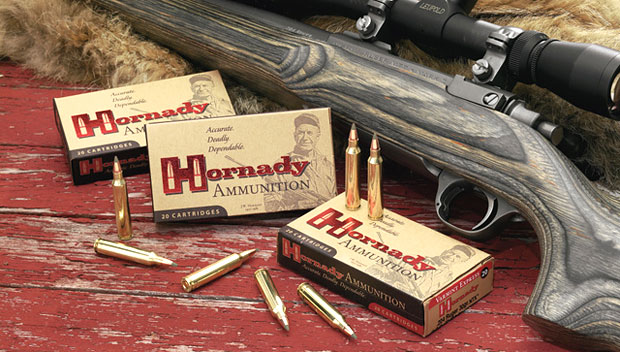 Hornady Manufacturing announced a new series of offerings in the Varmint Express line that features the NTX bullets.Â  NTX (Non Toxic eXpanding) bullets are lead-free bullets designed to meet the ‘no lead’ hunting restrictions of various states.Â  According to Hornady, these loads are California approved. Â Instead of a lead core, Hornady uses various metals to form the core of these bullets.Â  The metal material varies from caliber to caliber. 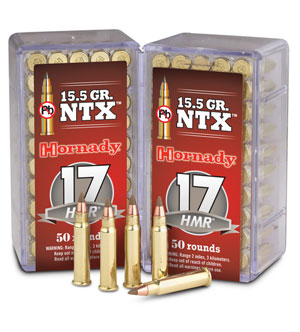 The bullets are “highly frangible,” and are designed to break apart immediately when encountering anything denser than ambient air.Â  The bullets have a V-MAX type polymer tip that improves the ballistic coefficient and helps with very rapid expansion.

The Varmint Express with NTX cartridges were first available in March 2010 and as of late 2013, they are still being sold. Â These are screaming fast rounds, and I would love to see one in .220 Swift just for grins.

Take a look at this video made by Hornady on the NTX bullets and the Varmint Express loads. Â It will give you a good look at the performance capabilities of these loads, including shooting gel, shooting varmints and some accuracy testing on paper.

This Varmint Express video is the original 30-second advertisement from Hornady on these rounds.

If any of you varmint hunters have tried this ammo, would you please let the rest of us know what you think of Â it? Â I’ve always liked Hornady’s stuff, but I would like to get some feedback from others that are actually using the Varmint Express loads with the NTX bullets.