The Ruger SR 22 pistol is the latest major announcement just days ahead of the 2012 SHOT Show. Â The new pistol is one of several new firearms recently announced by Ruger including the LCR-22 and the American Rifle. 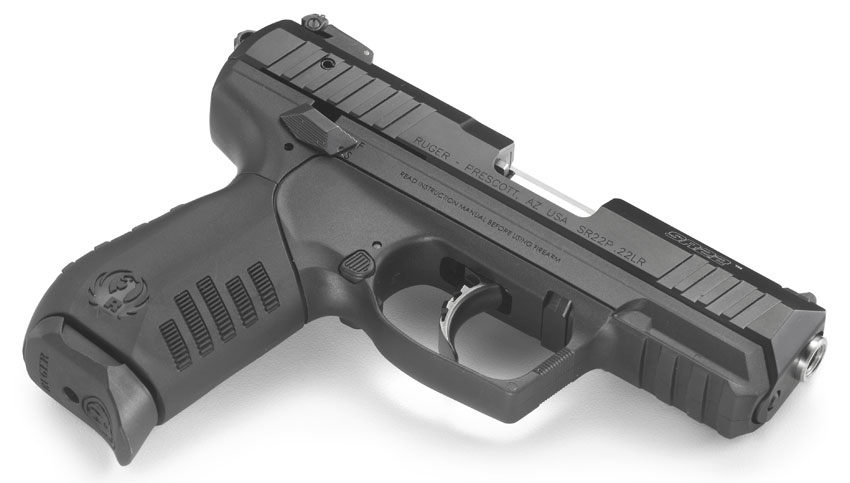 The Ruger SR 22 is a double-action/single-action (DA/SA) pistol chambered for the .22 LR rimfire cartridge. Â The frame-mounted safety is ambidextrous and also serves as a decocker. Â The pistol is hammer-fired (not striker-fired) and has an exposed hammer.

The magazines hold only 10 rounds, and the gun ships with two magazines. Â The magazine release is ambidextrous. Â Extensions can be added to the bottom of the magazines to provide more grip surface.

The Ruger SR22’s sights are adjustable, three-dot style sights. Â The front sight is a black fixed sight with a white dot. Â The rear sight is fully adjustable for windage and elevation. Â Additionally, the rear sight is reversible. Â This allows the shooter to choose between two dots or a plain black rear sight.

The frame is polymer and the slide is aluminum. Â The total weight of the pistol (unloaded) is 17.5 ounces.

At first glance, the SR22 bears a passing resemblance to the Walther P22. Â However, placement of the safety, magazine release and other details easily differentiateÂ one from the other. Â Although similarly sized, there are enough differences to suggest that fitted holsters will not be interchangeable. 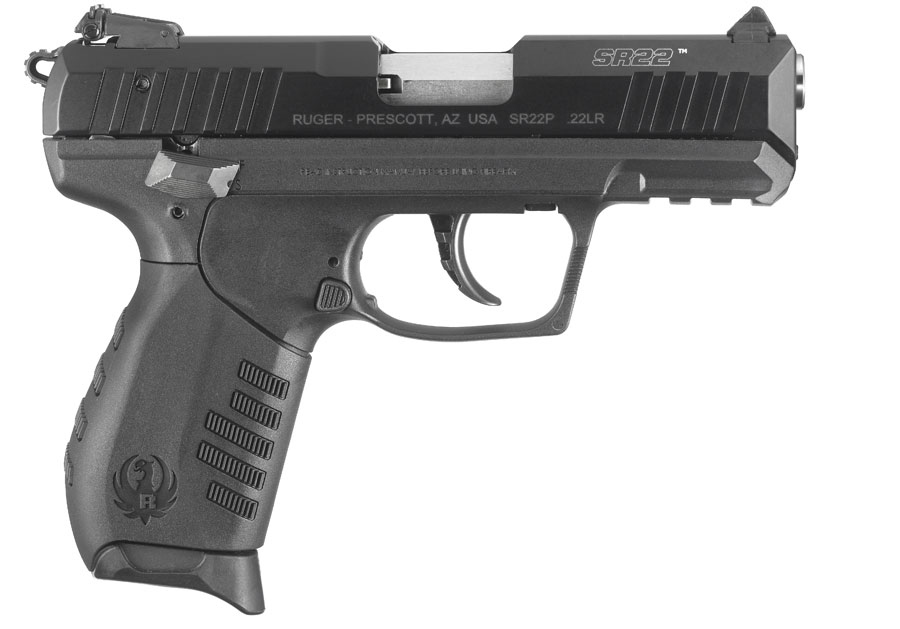 This is the third .22 LR chambered handgun announced by Ruger in recent weeks. Â In mid-December, Ruger introduced the LCR-22, which was a rimfire version of the popular LCR revolvers. Â Previous to that, Ruger announced the SP101 revolver would be chambered for the .22 LR also.

While Ruger has always been popular with rimfire shooters (for example: the Mark III pistols and 10/22 rifles), it would appear they are looking to expand their involvement in that market. Â Considering that 22 is a popular caliber with both beginners and long-time shooters, it only makes sense that the company would want to maximize their offerings to that market.

Ruger will be at Media Day again this year, so we will bring you photos and videos of the new rimfires in action. 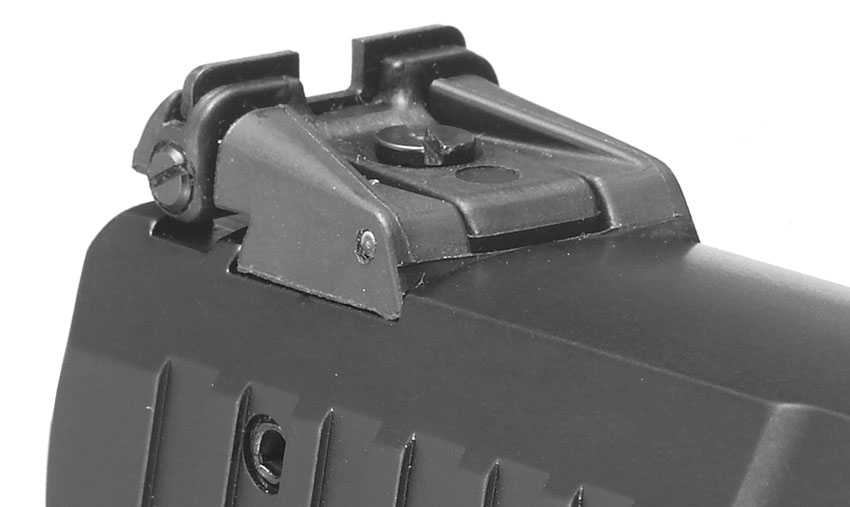 Below is the video released by Ruger on the new SR 22 pistols. Â The promo video shows some of the benefits and features of the gun mentioned above. Â Additionally, it shows the guns in action.

Since the original announcement of these handguns, Ruger introduced two new models. Â One version has a silver anodized slide giving the pistol a two-tone look. Â The price on this gun is $419.

The second new model has a threaded barrel for the easy addition of a sound suppressor. Â MSRP is the same: $399. Â The threaded barrel model appears to have standard sights included, not taller sights that are often needed with suppressors. Â Many .22 cans are small enough that normal sights can sometimes be used.

If you are looking for a holster to fit the SR22, click here for our full list.

Here are additional photos of the new Ruger rimfire pistols. Â As new models are introduced, we will include those photographs here as well. 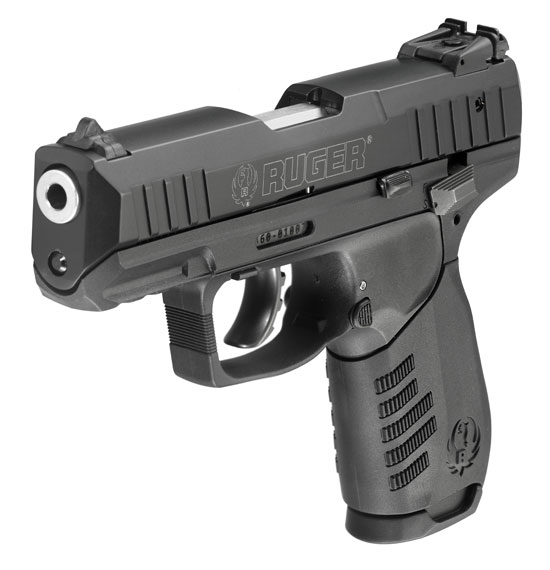 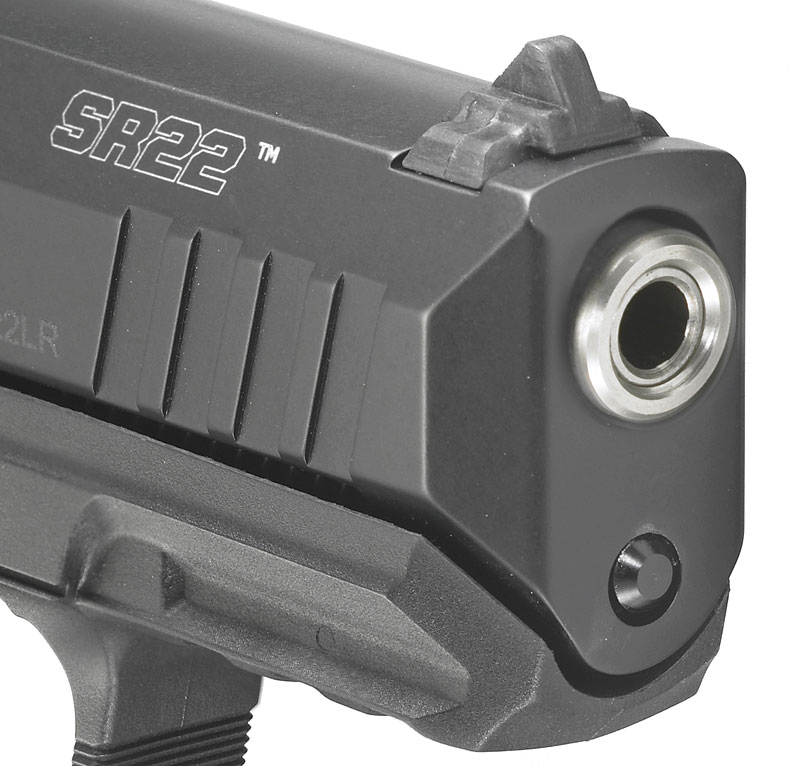 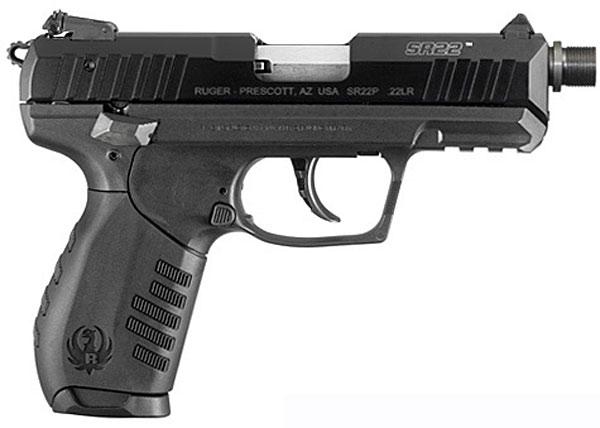 On another note: I wanted to point out to those wondering that the trigger and hammer, although they look like another molded ABS type, I believe the material is aluminum.
I did get the Viridian C5 the other day. Now I am waiting on my Form 4 from the ATF and I will complete the package…. and I about can’t stand the suspense.
Any suggestions on posting pictures on this site???

Has any one had a problem with the magazines? I have put about 600 rods through my SR22. Most were Federal from the 550 rod box, some Winchester from the big box and some CCI’s. Six times the slide failed to strip a rod from the magazine and chamber a rod. The bolt closed and “click” nothing happened. Suspect it may be the Winchester bullets. Last time out I fired only CCI and Federal and can not figure out which magazine it was. Called Ruger and they said that they have heard of that and will replace the magazine.

I purchased the Ruger SR22 Pistol in late February and initially fired 200 rounds of CCI without one issue. However, I purchased the Federal 550 round bulk pack at Wallmart and found that after the initial shot that this ammo failed to feed almost every attempt to fire. It would not strip from the mag. Going back to CCI, the pistol fires without any issues whatsoever. I experience the same issues with the Federal using both magazines. I guess this pistol is ammo finicky as well!

I have had no problem with CCI. I have fired two boxes of Federal 550 and sometimes it will not strip a round from the magazine. I have three magazines and tried to isolate one magazine as being faulty. It happens with any of the three magazines but never fails to strip a round with CCI. So, when I am serious I use CCI and when I am blinking I use the cheap stuff. I have noticed that as the gun wears in the failure to strip rounds happens less frequently. As of now I am feeding it a mix of .22LR’s without cleaning just to see when it will fail. About 450 rounds so far with little effect on how it strips rounds. My other complaint with the cheap Federal and Winchester is the these rounds are inconsistent, same sight picture and the bullet goes someplace else. I have had more problems with the Winchester big box than the Federal with the failure to strip problem. Overall I like the gun. It is not as accurate as my Mark II but it was not meant to be a Mark II. This gun is still way better than a Walther P22.

Guys, it sounds like a cheap ammo problem. I have used several kinds of ammo, not just CCI, including Federal Champion and others. Granted the Federal Champion feels a little waxy, so you might have to clean a little more often. I do use CCI as a primary ammo, mostly standard velocity. I understand why you, me, and everyone wants to save money on ammo, but it is obviously going to cost more if they dont fire. I dont know about you but I dont like rechambering a round that has already had a firing pin hit it. There are plenty of cheap alternatives to CCI out there, try some more that may cost a little more than the Cheap Box. Try buying bricks, there is usually a little better quality in most brick brands.
I have a high end Ruger MkIII Volquartsen, but if I use cheap ammo or sometimes even high-grade lead hollowpoints, I will have serious feeding problems, and this gun is known for feeding anything pretty much. So I use solid point, mid-grade ammo and it never fails!

If I owned a Farrari or other sports car, you wouldnt expect me to use the cheapest gas in town… it might have water, rust, or some other nasty stuff that might not allow my car to perform as well as it would if I put high octane premium in it. Now I might use inexpensive plus, but not regular.