Add another big bore rifle to the market: Â the Caracal CS50. Â The new CS50 is part of the company’s Tactical Sniper Rifle (TSR) line and is chambered in the famous .50 BMG cartridge.

There is not a lot of information yet on theÂ Caracal CS50, but we do know that it is a bolt-action rifle fed from a detachable magazine. Â The gun uses a 7075 aluminum receiver and stock, with a stainless steel bolt and barrel. Â The stock is designed to be lightweight and is supposed to fold for easy transport.

As with many .50 BMG rifles, the CS50 is a large, heavy rifle. Â The barrel length is approximately 31″ and the overall length of the gun is a little more than 60″. Â Unloaded and without optics or a bipod, the gun weighs in at almost 19 pounds. Â Compare this to the Bushmaster BA50 that has a 30″ barrel, 58″ overall length and 30 pound weight.

The CS50 has Picatinny rails for the attachment of optics and a bipod. Â There is also a Picatinny rail on the bottom of the buttstock for the addition of a stabilizing monopod. Â Caracal states the CS50 has a “recoil absorption system,” but does not describe the system or how it works. 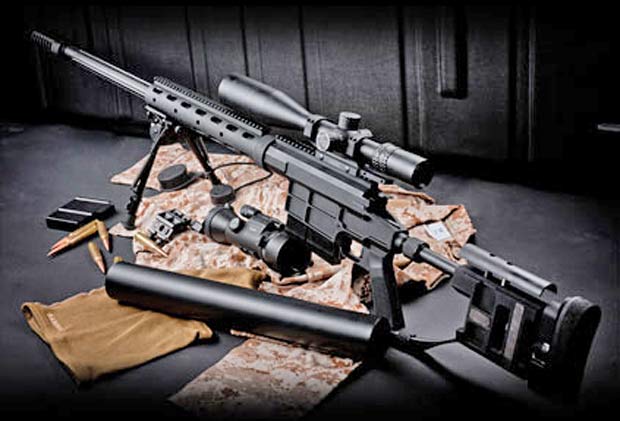 Caracal does not talk about a sound suppressor for this rifle, but the photos show a CS50 rifle with a suppressor-like device in place over the barrel and brake, while another photo shows the same device removed and placed next to the rifle. Â On Caracal’s website, there is a reference to suppressors in the accessory section, but there are no details or photos of anything that looks like what is in the CS50 photos.

I would expect to see the Caracal CS50 rifle on display at the 2014 SHOT Show, along with all of the other new guns from this company. Â The company appears to be revamping their product line, and the CS50 looks to be a solid part of the new line-up. 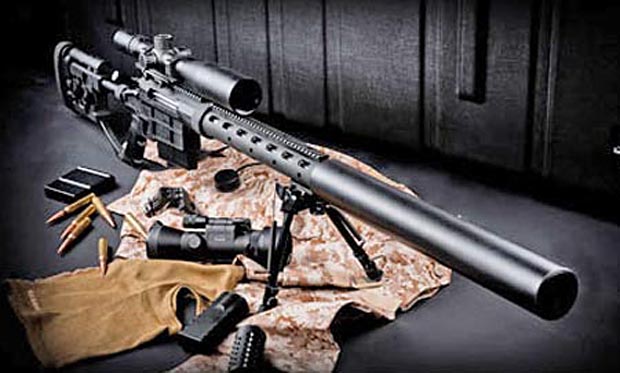 […] The Caracal CSR has been discontinued and replaced by a series of new rifles called the Tactical Sniper Rifle (TSR). Â The TSR is being offered in three configurations: Â CS308 in .308 Win, CS338 in .338 Lapua, and CS50 in .50 BMG. Â All three rifles share many common features and look very similar. Â For more information on the CS308 and CS338, click here. Â If you want to read more aboutÂ the new Caracal CS50, click here. […]

I’m all for having more .50 rifles on the market. I hope the price is something to really help bring the prices down on this category of guns.

Let’s hope these don’t blow up like the original C pistols. That would be a very bad day.