Out with the old and in with the new for Caracal’s rifle line-up. Â The new Tactical Sniper Rifles (TSR) replace the old CSR line that the company had been showing for the past several years.

The new TSRs come in one of three calibers, and all share very similar features. Â Detailed here are the CS308 and CS338. Â Click here for the new CS50 TSR chambered in .50 BMG.

As one might expect from a rifle called the CS308, this gun is chambered in .308 Win. Â It is a bolt-action gun that uses a five-round, detachable magazine.

The CS308 uses a 25.9″ barrel, but the twist rate is unclear. Â The Caracal literature lists 1:10, 1:11 and 1:12 twist rates. Â It does not state if the gun can be purchased with any of those rates, or offer any other explanation. Â The literature has other errors in it, so it is possible that the twist rate specification is an error as well.

A muzzle brake is shown attached to the muzzle, but it is possible Caracal will sell sound suppressors for the rifle, as the company emphasizes the use of suppressors on other guns. 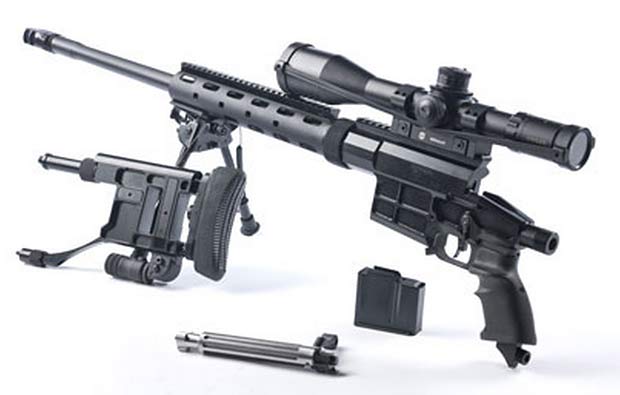 The CS338 rifle is very similar to the CS308 with the notable exception being the caliber and barrel differences. Â The Cs338 is chambered for the .338 Lapua and has a longer barrel: 26.7″. Â The additional barrel length increases overall length and gun weight. Â Otherwise the differences between the two guns is very small.

These Tactical Sniper Rifles are only a few of the new guns announced by Caracal. Â The company is also showing a new hunting rifle and a completely new line of handguns. Â Click here for more information on all of the new Caracal guns. 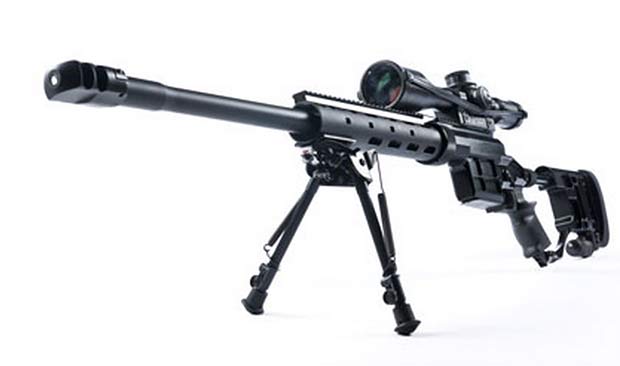 I am very interested in the CS 308 and was wondering the approx price range and where to go to purchase this in the USA.

So, what makes this a “sniper” rifle? It is black, so I guess that makes it tactical.

If they mean it is a high precision rifle, why don’t they list a MOA guarantee or something?