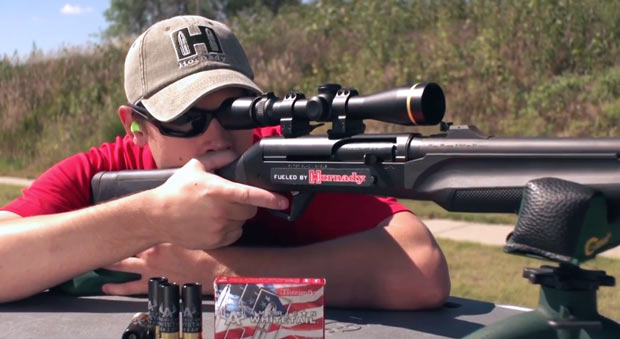 As a follow up to last year’s introduction of the American Whitetail rifle ammunition, Hornady announced a 12 gauge shotgun slug load in the same ammo line. Â The new shotgun load will be a welcome addition to the hunting ammo choices for hunters who prefer, or are restricted by law, to deer hunting with shotguns.

The new sabot slug is designed for fully rifled shotguns and uses a 325 grain Interlock hollow point bullet. Â The load uses a proprietary buffer that is sandwiched between the slug and the plastic driver in the sabot. Â Hornady claims excellent accuracy from the load. Â Hornady states this is a 200+ yard load.

The Interlock bullet uses a lead core with a copper jacket. Â The muzzle velocity is rated at 1825 fps with a calculated energy level of 2403 ft-lbs. Â At 200 yards, the slug maintains a supersonic velocity of 1227 fps and nearly 1100 ft-lbs of energy with a 7.9″ drop.

The American Whitetail rifle ammunition appears to have been very successful during the past year. Â I’ve gotten feedback from a number of people who state the ammo is accurate and does the job in the field. Â Compared to some of the lines of hunting ammunition on the market, these Hornady loads seem pretty reasonably priced. Â Also, during the recent ammo shortages, Hornady has consistently been one of the only companies who’s products I could find at retailers.

MSRP on the new 12 gauge American Whitetail load is $14.20 for a box of five shells. Â In my experience, Hornady ammo typically sells for significantly less in the stores and online, but I expect demand to be high on this one. Â I would not be shocked to see asking prices pretty close to the suggested retail. 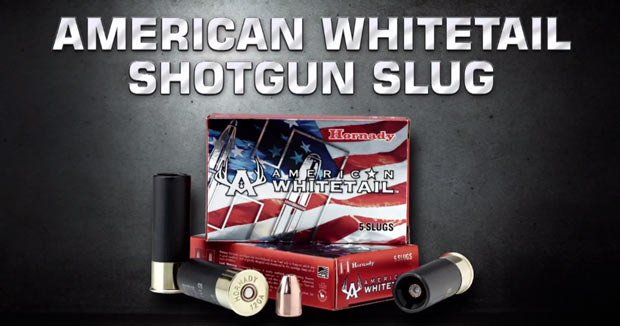