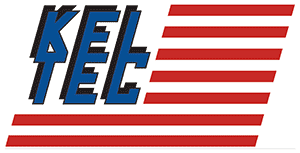 Kel-Tec appears ready to launch two new bullpup carbines in 2014: the RDB and the M43. Â The guns have the same general configuration as the company’s RFB rifles but will be chambered in .223 Rem, 7.62×39 and even 6.5 Grendel.

I figured something new was coming from Kel-Tec when I saw this pixelated photo of Oleg Volk recently. Â Knowing he does a lot of photography for Kel-Tec, and that the configuration is similar to the RFB carbine, it did not take a rocket scientist to make the leap to “new Kel-Tec gun.”

However, things were made clear when I got an e-mail from Exurban Kevin who has a photo posted on his site of a Kel-Tec advertisement. Â The ad shows the two new guns and provides a small amount of information about them.

The RDB looks about right for the company: black polymer. Â The M43, on the other hand, has wood or brown colored polymer furniture with the rest of the gun having a stamped metal look. Â I presume it is polymer, but it looks liked stamped metal in the photo.

The guns have 17.5″ barrels with the .223 Rem model, and use a long stroke piston system. Â I expect we will have a lot more information from the SHOT Show in just two weeks from now. Â I sincerely hope Kel-Tec will ramp up production to meet demand. Â I know that getting some of the more popular guns in the catalog have been difficult.

5 replies on “The New Kel-Tec RDB and M43 Bullpups”

The best quote I’ve heard about these is from the Kel-Tec Owners Group:

Since there is a simple supply & demand problem with Kel-Tec.. Has anyone in the business ask the simple question, ( why don’t you outsource your production to reliable shops in the United States? ) These machine shops are looking to get theirs hands dirty for an honest day of work. This in turn will get your weapons on the retail shelves, so you can pays your bills. And start the whole process all over again. If not, you will lose those customers waiting patiently for your products.

You make an excellent point about outsourcing. I believe Kel-Tec does outsource some of the work, though I’m not sure off the top of my head what or how much. I would imagine along the Space Coast where they are located, there are probably several high-end machine shops that would be able to help them out. If not, well, it sounds like a business opportunity for the right people.

The reason why many Kel-Tec products are so incredibly hard to find is quite well known in the business. The company management – particularly one individual – spent the past years to pile up financial resources in fear of anti-gun-driven actons against the company themselves. They may boost their manufacturing capabilities to meet the demand, but they won’t ’cause they want to keep the money handy to purchase a new structure, new manufacturing, and start business again should their current assets be seized for one reason or another.