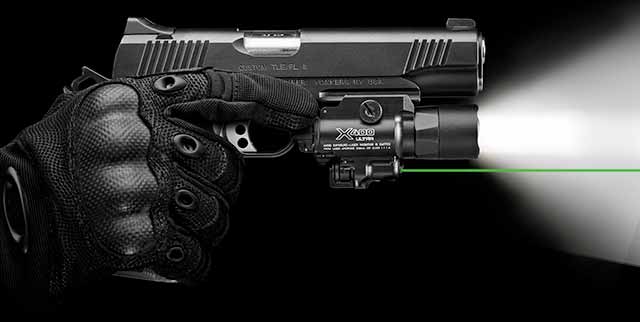 The light mounts to a standard Picatinny or accessory rail and puts out a maximum of 500 lumens. AÂ momentary/constant-on switch allows the shooter to control the light with one finger. Â Remote switches are also available from SureFire.

The laser uses a green 505 nm wavelength light for improved visibility when compared to standard red beams. Â This gives the shooter an increased ability to use the laser for aiming in bright light conditions.

While more visible than red, green lasers tend to use more power and have a more narrow range of operating temperatures. Â Advances have improved both of these shortcomings. Â For example, SureFire states the green laser on the X400 Ultra will run for eight hours. Â The company did not publish specs for its temperature operating range. 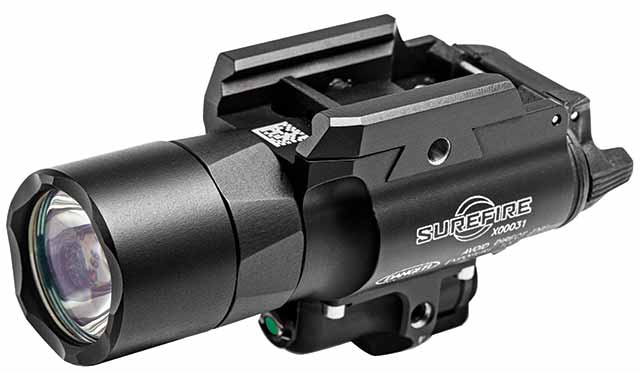 Although sized well for handguns, the X400 Ultra can also be mounted on a long gun such as an AR-15 or home defense shotgun. Â The light is O-ring sealed and is considered weather resistant. Â I would not dunk this in a pool, but it should survive a little rain and the occasional splash.

There are several things that should be pointed out regarding the manufacturer specifications. First, the runtime for the white light is measured from fresh batteries and run until the light output drops below 50 lumens (or at a 90% output reduction.) Â Second, the given weight does not state if it is with or without batteries. 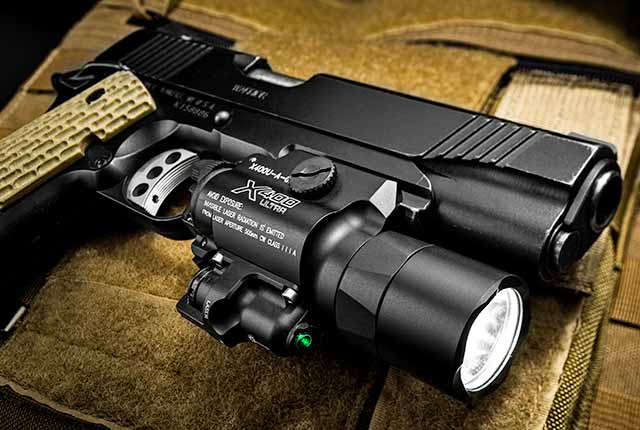 Hopefully, I will be able to get one for review. Â I’d like to put it up against the TLR-2 G from Streamlight. Â Although the Streamlight is rated for only 200 lumens, it also uses a green laser and is a similar size and weight.

This light/laser unit is already shipping.

One reply on “The New SureFire X400 Ultra WeaponLight – Laser”

Surefire makes some great lights, and this looks to be a winner as well. However, I think the low position of the laser will make it difficult to overcome the laser to bore offset problem – especially for close shots.