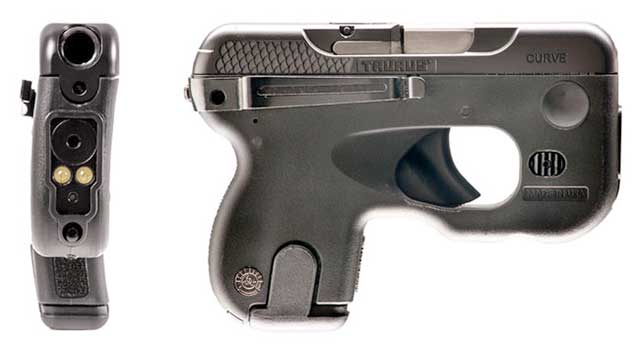 The Taurus Curve is the latest new pistol from our Brazilian friends. Taurus International is now making a pistol that is designed to be carried for self-defense, but could be one of the more difficult designs to shoot.

What makes this pistol different from other designs is that the polymer frame is curved – hence the name. In theory, this could make the gun more comfortable to carry though I have my reservations (more on that in a moment.)

The CurveÂ is chambered for the .380 ACP cartridge and it holds six rounds in the magazine. The barrel is 2.5″ long and has a slant cut at the muzzle.

The gun has no traditional sights. There is a cross-hair drawn on the back of the slide that might give a shooter some crude visual reference to where the bullets might go. It seems the cross-hair even has its own trademarked name: the Bore Axis Sighting System. Pretty fancy for a pair of intersecting lines.

It appears that the only reliable way to aim the gun is through an internal laser provided by LaserLyte. The integrated laser module also includes a pair of LED white lights for illumination. I could not find any specific information on how bright those lights are supposed to be. 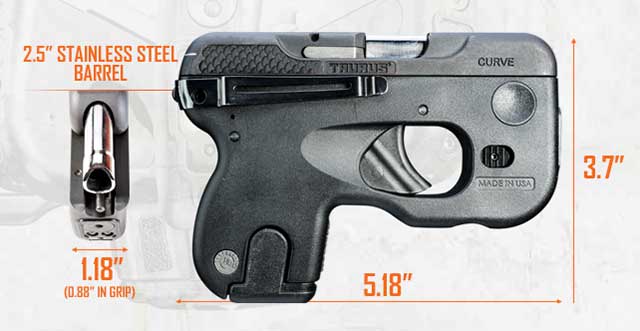 Taurus ships the curve with a removable metal clip so the gun can be carried without a holster. While this may be the easiest way to conceal the gun, I still recommend a holster for a multitude of reasons, not the least of which is to cover the trigger. Interestingly, Taurus includes a Kydex trigger cover that can be snapped into place to prevent a negligent discharge. However, the cover must be pulled off manually after drawing the gun.

Personally, I think the gun looks like a Kimber Pepper Blaster, but it could just be me.

These guns will be made in the United States at the company’s Miami facility. The MSRP is set at $392.

There are a slew of potential problems with this pistol. I do not want to be a Debbie Downer on this gun, but I definitely see a number of issues that have to be considered by anyone considering this pistol for anything more than a curio. 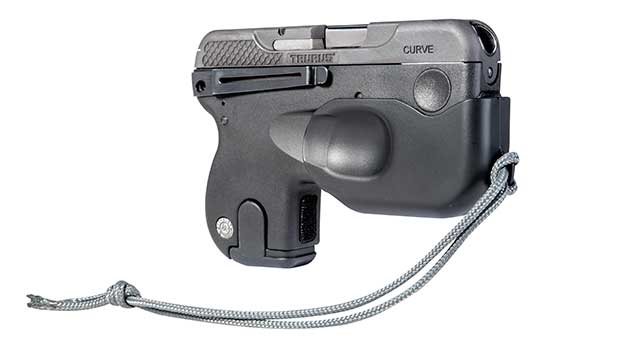 First, the curved nature of the pistol limits how the gun can be comfortably carried. If carried inside-the-waistbandÂ on the rightÂ side of the body, the gun might print a little less, and it could be slightly more comfortable than a traditional pistol. However, it would seem that this:

A second problem with the design is the curved nature of the frame will likely make the gun harder to grip for shooting.

Additionally, theÂ magazine appears to be removed by pinching the base of it and stripping it from the mag well. It doesn’t appear that this would be a fast way to swap mags. This same style of magazine was used on the SW380 pistol from Smith & Wesson. Don’t remember that pistol? There’s a reason for that…

Something that I thought was telling was an observation from Guns & Ammo that reviewed the pistol prior to its announcement:

With a bit of practice, getting hits on torso target at distances across an average-sized room was no problem in G&A’s initial testing.

Considering it took practice to get shots on a torso target at a distance of 8-12′, I would say that accuracy is not this gun’s strong point. 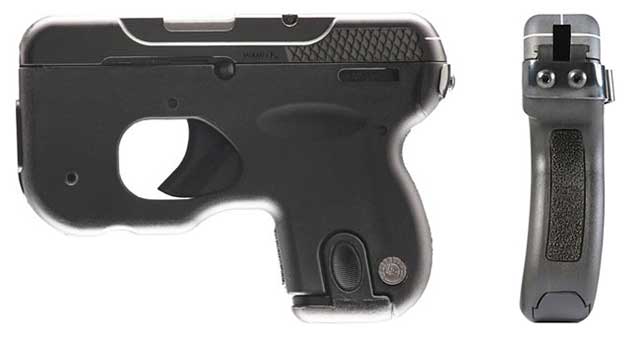 Outside the Box Thinking

Taurus was thinking enough outside of the box to file and receive a patent on this design. The “Body Contour Handgun” patent most closely resembles this firearm. 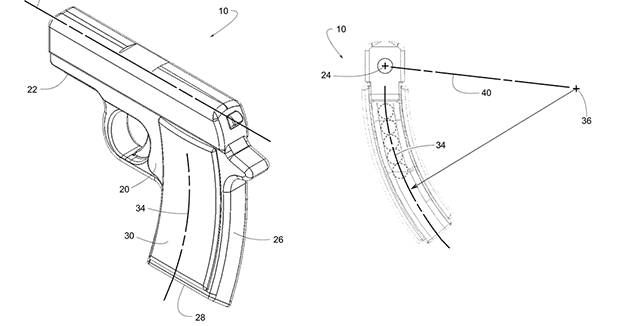 However, the company also filed a “Curved Handgun” patent application. The curved handgun appears to be mated with the curved magazine application referenced above. Based on the Curved Handgun application, it appears Taurus is looking at a developing a gun curved to the buttocks and carried in a back pocket. Insert crude joke here.

Taurus is one of those companies that I like, though I’m not sure that I should. Based on my experiences with the warranty department when reviewing the 709 SLIM and the general unreliability of the 740 SLIM, I would be hesitant to buy any new Taurus pistol.

However, I do like that Taurus is willing to think out of the box and try new things. For example, while I personally have no interest in owning one of the company’s Judge revolvers, I am pretty much astounded at how they developed a brand new niche in the market that has been emulated by Smith & Wesson. Even Charter Arms developed a prototype gun called the Big Dawg that did essentially the same thing.

Of course, the company has had its share of failures. The recently released View has not been getting rave reviews, and the 28-gauge version of the Taurus revolver was DOA due to US laws. 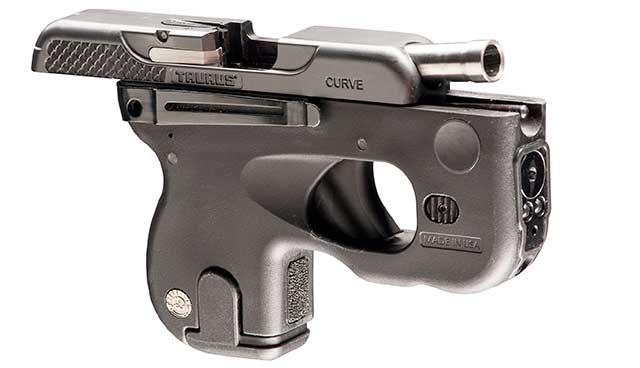 While I applaud Taurus for creative thinking, I just don’t see that this gun will fill a niche in the serious self-defense market. Yes, the company may sell a lot of them – or not – but sales numbers are not an accurate predictor of reliability or usefulness in a deadly force encounter.

Holy [email protected]*%! Why are they producing this crap when they can’t get of their existing designs working?? The only decent guns they have are the Beretta 92 knock offs.

Actually, the Taurus PT-92 isn’t a “knock off” â€“ it is actually an updated version of the original Beretta 92, which itself had a frame-mounted safety.

Forjas Taurus manufactured the original Beretta 92s in Brazil under the Beretta contract to provide 9mm pistols for the Brazilian military, and then bought the whole ‘shebang’ from Beretta when the contract was filled.

I carried the adjustable-sight version â€“ the PT-99 â€“ for many years during my LEO/CLEO career; followed by the PT-100 in .40 Caliber “Short & Wimpy”; before switching to the actual Beretta 92FS â€“ since we in the Air Guard Security Police used the M9, and the training and handling of the slide-mounted Safety/Decocker pistol helped transition from the M1911-style Safety of the Taurus.

BTW: Taurus has since turned the frame-mounted Safety into a Safety/Decocker â€“ a great move, IMHO.

So, what is Taurus planning on for us left-handed, right-brained folk?

Thanks for taking the time to post. It is my understanding that Taurus has plans to introduce a left-handed model later – possibly some time in 2015. However, I think they want to wait and see if there is any demand for this gun before bringing out a second model.