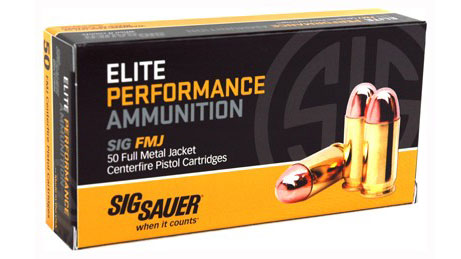 SIG SAUER will introduce a number of new ammunition loads for 2015. Although I’ve not received official word from SIG on these, I have confirmed the information through more than three different sources.

New loadings will include at least one new rifle round, several new self-defense pistol rounds and a number of FMJ loads for practice and target shooting.

As I’ve previously reported in my SHOT Show coverage, SIG will introduce a line of FMJ (full metal jacket) handgun loads. These rounds will come in 50 round packages and will be priced in line with other target/practice ammunition that is on the market. This information has been confirmed through several sources, and some of it has begun to pop up on web sites selling ammo.

For those that might not be familiar with the FMJ terminology, these loadsÂ are sometimes referred to as “ball” ammo. The projectile has a lead core with a copper jacket that covers it. It helps reduce leading of the gun barrel and can help reduce airborne lead particles. Typically, these kinds of bullets are loaded into ammo for practice, recreational target shooting and, in some cases, competition shooting. 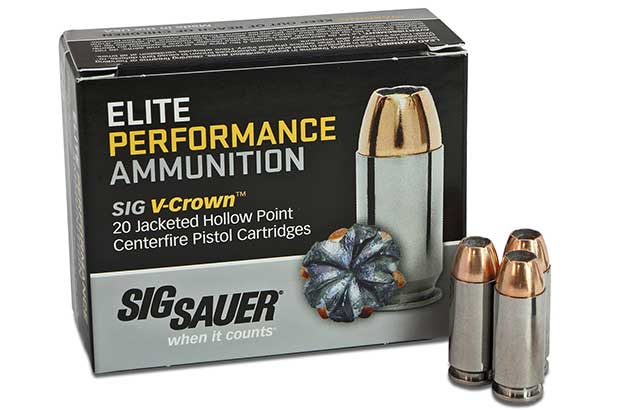 At least one new pistol caliber will be added in 2015: the 10mm. This load will use a 180 grain hollow point load, suited to both self-defense and medium-sized game hunting. These will be sold in 20 round packages. There will also be FMJ loads in 10mm offered in 2015.

I am curious to see the introduction of the 10mm to the line up. Several gun companies are introducing new 10mm guns at the SHOT Show including the new Dan Wesson Silverback and the Glock 40. While the 10mm has always enjoyed a loyal following, there seems to be an upswing of interest in the caliber. 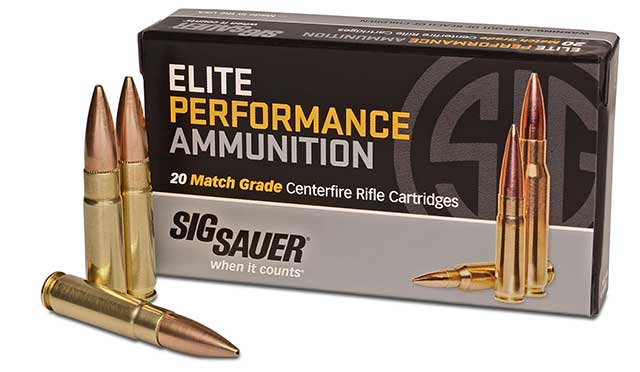 SIG will be offering two new 300 BLK loads in 2015. The first load will use a 125 grainÂ bullet that will be supersonic. The second will be a subsonic load using a 220 grain Sierra MatchKing bullet. Both will be sold in 20 round packs.

I do not have confirmation on this, but I have been told to look for additional rifle calibers later in the year. The two calibers that were hinted at were .223 and .308. If true, maybe we will see them at the NRA show.

SIG is really widening the offerings in the existing calibers. I do not have the performance specs yet, but there will be:

It looks like ammunition manufacturing will be a large part of the SIG business going forward. I questioned the company’s commitment to building the line when it was introduced in 2014. It seemed like a very low key introduction, and even today I don’t see very much about the ammo in the press or even on store shelves.

Maybe with all of the new loads, SIG will throw all of its marketing muscle behind it in 2015.

They are adding the 10mm because they are suppose to release the 220 in 10mm as well at SHOT.

I had forgotten about that. It makes perfect sense. Thanks for the reminder!

[…] SAUER officially introduced the FMJ line of ammo this past week. I previously talked about this line back before the SHOT Show here. The loads will include the following […]