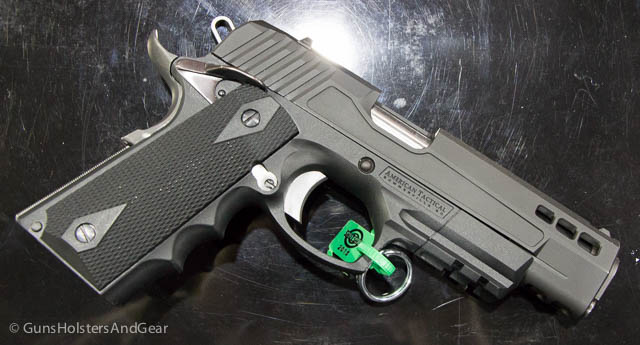 The new ATI pistols use polymer throughout to make the guns very light. Where manyÂ compact 1911 pistols weigh in the neighborhood of 26-28 ounces, this gun feels closer to 22-24 ounces. As you can see in the photos, there are many relief cuts in the slide that help lighten the weight also. 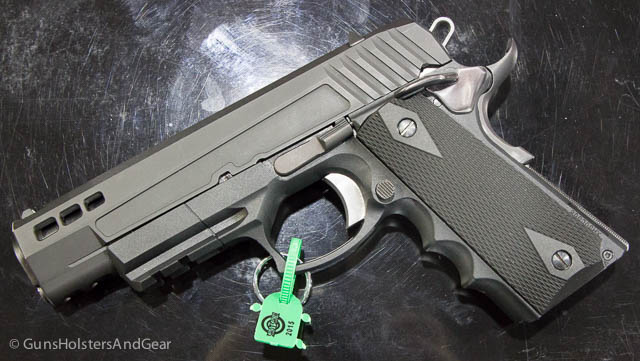 I wouldn’t mind having the cool looking slide on a regular 1911.

Looks like theyre using glock sight cuts which will make night sights affordable. I would like to see that gap between the bottom of the trigger and the trigger well closed though.

The reason there is a gap there is because they are trying different triggers out on it to see which one they like the best for this pistol before production. It is more than likely not going to be that trigger in the pic. They used it for the photo purposes as to not having a trigger in for the photo. No worries!!ðŸ˜ƒ