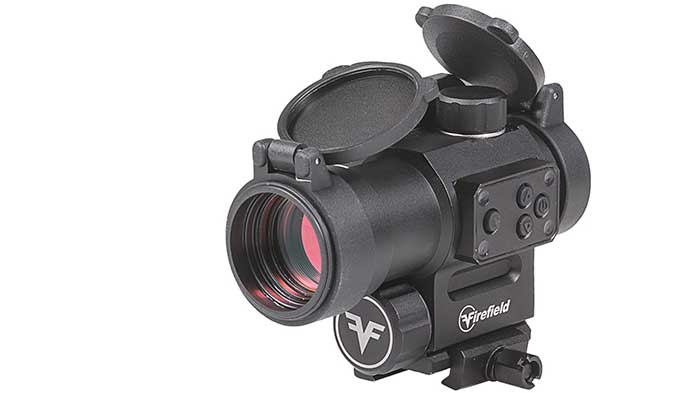 Firefield announced that itÂ was now shipping its new Impulse 1×30 red dot optic [Manufacturer’s Site | Amazon link] that has a built in red laser. This dual aiming system has an attractive price that includes a built in riser and protective lens caps.

The optic has a 3 MOA dot with six brightness settings. Should that fail you, the laser acts as a supplemental aiming device. The laser is red in color making it more difficult to see in bright light, but also helps to ensure efficient battery usage.

According to Firefield, the optic will run up to 4,300 hours on a single CR123A battery. With both the laser and red dot operating, the run time can be as short as 700 hours.

The suggested retail price on this unit is $143.99, though it can be had at Amazon and other places for less. This puts it more expensive than the Bushnell TRS-25 [Amazon link], a very good budget optic for less than $100. Keep in mind that you would still need to add a riser for the TRS-25. 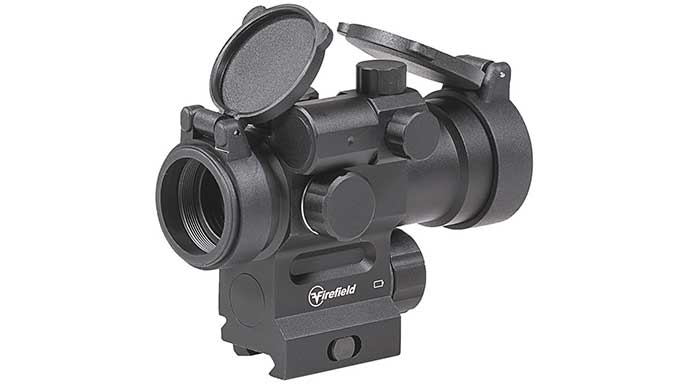 Even though it is not the least expensive option on the market, Firefield prices this optic fairly aggressively for a red dot – especially one with a built in laser. On the plus side, the optic is rated as IP55 meaning that it is both water and dust resistant.

A lot of gear is only water rated as dust is much harder to seal out. Some companies claim water resistance, but offer no standard by which the product was judged. If there is no IP rating, you have to take the claims with a grain of salt.

Keep in mind that the Impulse is not rated for submersion. So, dropping it into a creek and leaving it there for several minutes will likely result in water intrusion. Hard rain or a large splash of water is not likely to cause any problems.

On the down side, this optic is not nitrogen filled or rated as fog proof. This can be a problem depending on your environment.

Having not used this product, I hesitate to say if it is a good value or not. Clearly the pricing puts it toward the bottom end of the red dot market, but that doesn’t mean it is a poor choice. While a 4×32 Trijicon ACOG Â [Amazon link] is a greatÂ choice for anyone knowingly walking into a known combat situation overseas, the cost of it puts it well out of reach for many people. And frankly, most people do not need the super durability and performance the ACOGÂ offers. 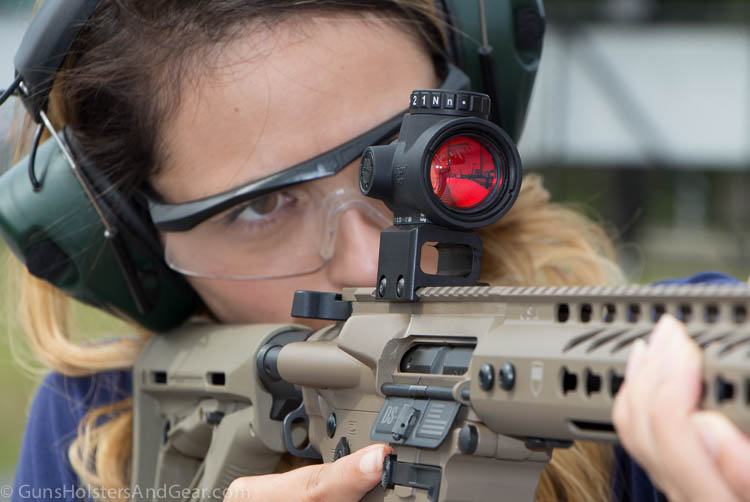 I’ve reviewed other optics like the Trijicon MROÂ [Amazon link] shown above and EOTech XPS2 [Amazon link] and found them to be great. However, at about $500, they too can be a bit pricey for many.

I’m glad to see more choices in the lower end of the price range. Many people will not need anything more than a $100-200 optic for whatever shooting they are doing. More competition means that quality will necessarily increase as companies try to woo customers. That is a good thing.

If you have a Firefield optic, can you sound off in the comments section below? I’d love to hear your feedback on the Impulse 1×30 red dot or their other gear.

I picked up this optic a few years back and mounted it on my Ruger SR762. I canâ€™t get it to come close to impact on initial adjustment. At 50 yards Iâ€™m hitting 6 inches low of where my red dot is maxed out for MOA to bring impact point up to the dot. When I go the other way the dot is so far outside the reticle on a level surface I can only think the internal components were installed upside down. I have a call in to Firefield to work out a solution. Never had this issue with any other optic.

It sounds like it might be a build problem with the scope and it just needs to be replaced/repaired. If you don’t mind, can you let us know how Firefield treats you? Everyone makes a bum product now and then, but I always like to hear how companies treat customers when it happens. I hope they do right by you.