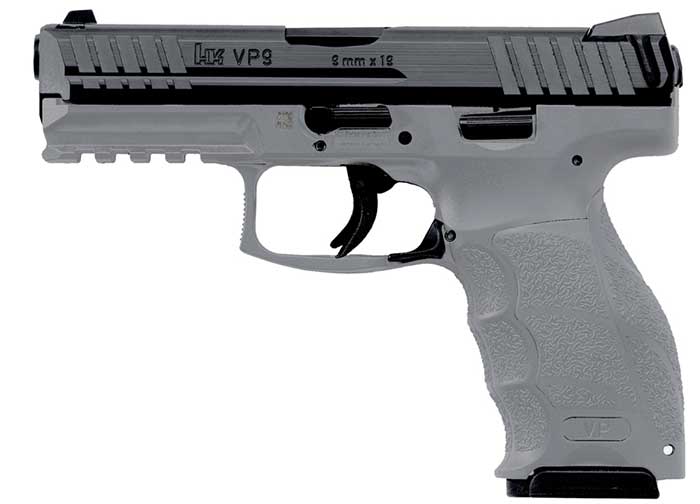 Heckler & Koch (HK) released a new VP9 pistol with a grey frame. This follows the release of flat dark earth (FDE) versions of the pistol earlier this year.

Four variations of the new grey frame guns will be available: standard capacity and 10-round models with standard or night sights. They are as follows:

Functionally, the grey VP9 pistols are identical to the existing handguns. This ensures that all current VP9 holsters will still fit. All are chambered in 9mm with the same dimensions and striker-fired system. 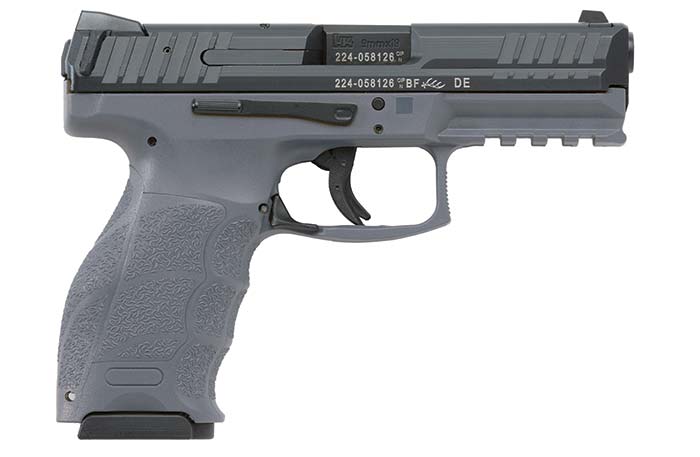 The VP9 is made with a cold hammer forged barrel and a polymer grip frame.Â A wide range of adjustments may be made to the grip to fit the unique size of the shooter. In addition to an interchangeable back strap, HK also included swappable side panels that can adjust how “full” the hand feels when grasping the pistol.

Previously, I reviewed the VP9 and found the gun to be an exceptional performer. It is certainly on par with other modern, striker-fired handguns, and is superior in some ways. I think the company really got this gun right, and I am glad to see that the platform is enough of a success to drive the company to offer color variations of it.

New color variations are not limited to HK. As we approach the annual SHOT Show, other companies had announced new pistol colors. The most recent is the flat dark earth version of the FNS-9 Compact from FN America. I expect we will see more before and at the trade show. I take this to be a good thing for the market – both in terms of consumer options and a greater sensitivity of the manufacturers to what shooters want.

Note: I apologize for the topmost photo used in this article. It is what was available from HK at the time this article was published. If it looks like a bad photoshop hack job to you, I apologize. It doesn’t look very good from my angle either. The second photo looks much better.