As a kid, I always wished I could take pictures through my binoculars.  It wasn’t that I was unhappy with the binoculars I had – quite the opposite.  The Bushnell binoculars that dad bought me weren’t fancy, but they were mine. 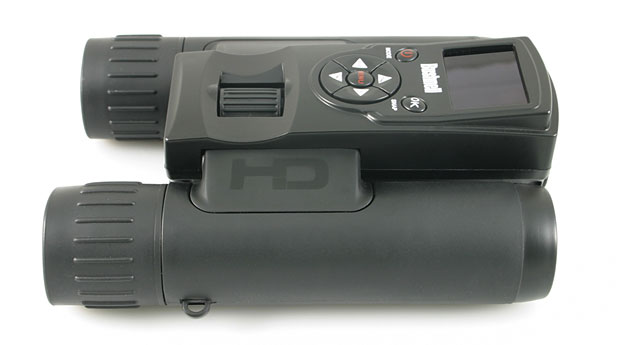 The family was on a tight budget and our Christmas gifts were frugal.  But when I got the binoculars, I was exceptionally happy.  For a kid who spent his days climbing trees and building forts in the woods with his friends, that set of binoculars was just about the perfect gift dad could have bought me.

Even so, in my mind’s eye I could see me capturing the images I saw through them to share with my family later.  But, that was a long time ago and digital cameras were a thing of Star Trek.  Today, however, things are different.

Earlier this year, Bushnell introduced the new ImageView 8×30 binocular that has the ability to capture not just photos, but HD video as well.  The camera is a 12 megapixel camera, which means it captures roughly three times the pixels (data) than the high-end Canon 1d camera I used to photograph major league baseball games as a stringer for Sports Illustrated some 10 years ago.