The Taurus ST12 shotgun is a pump action, 12 gauge scattergun being made in Brazil. Â The Taurus shotgun falls into the tactical arena, not in the sporting category, and is marketed as such. Â The shotgun is not currently imported into the United States for civilian sales, but it is exported from Brazil for government purchasers. 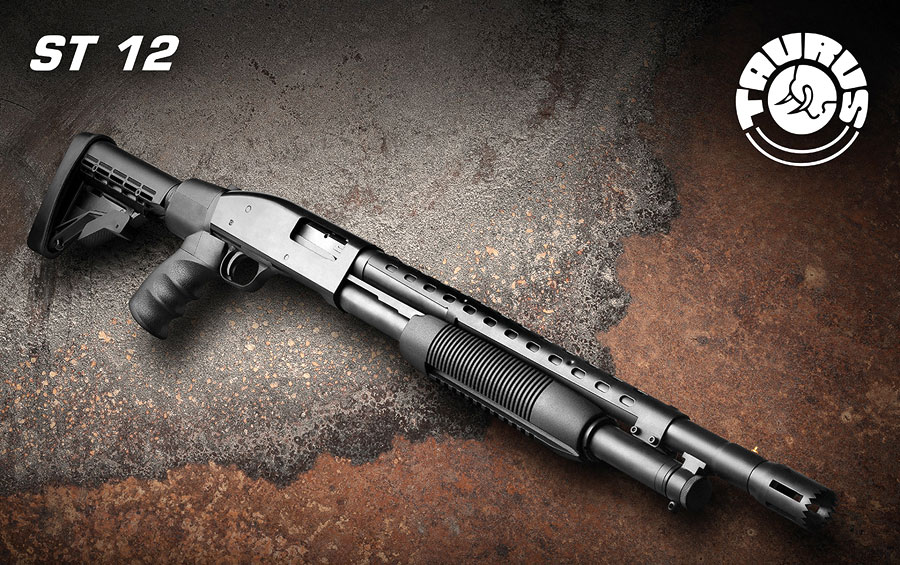 The ST12 was first shown at the 2011 LAAD (a military arms expo that held in Brazil every two years,) but has yet to be shown by Taurus at the US-based SHOT Show. Â In its stock configuration, the shotgun is obviously designed to appeal to the military and law enforcement markets.

The Taurus ST12 has a chamber that will take 2 3/4″ and 3″ shells. Â The full-length tube magazine will take seven shells. Â Barrel lengths of 18″ and 20″ are available. Â The barrel has a stand off attachment for breaching duties. 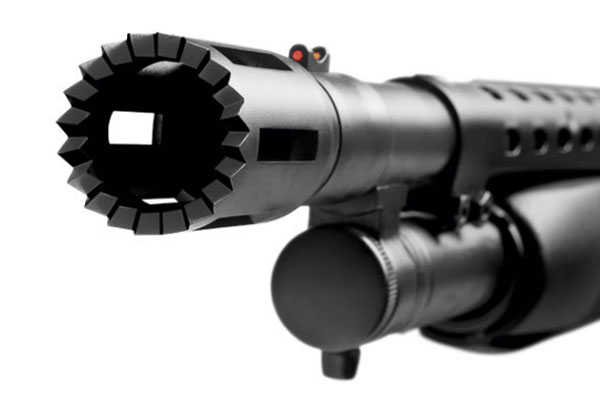 The gun uses a fore-end with a Picatinny rail on the bottom. Â Presumably, one could attach a vertical grip or another device here. Â There is a short tri-rail attached to the extended magazine tube that would allow a shooter to attach a white light or another device. Â The front sight is a red fiber optic. Â While I would prefer ghost ring-style sights, the fiber optic is still an improvement over a brass bead.

The Taurus shotgun’s buttstock uses a M4-style six-position stock with a rubber recoil-reducing pad. Â The stock can also fold to the left of the gun, which allows a significant reduction in overall length. Â In some photos, the stock appears to be the ATI tactical shotgun stock they make for the Remington 870. Â In other photos, the stock is shown from the right side of the gun, concealing the folding point. Â On those, the pistol grip now has more of a M4 look and the Taurus logo.

A heat shield covers the barrel. Â The receiver is made of aluminum. Â The ST12 uses a cross-bolt safety like the one used on the Remington 870 line of shotguns.

It is unknown if Taurus has any plans to import the ST12 into the US. Â If they do, the price will certainly be a critical factor for the success of this shotgun. Â Remington and Mossberg have a pretty tight grip on the tactical pump gun market, and those companies already have reasonably priced offerings.