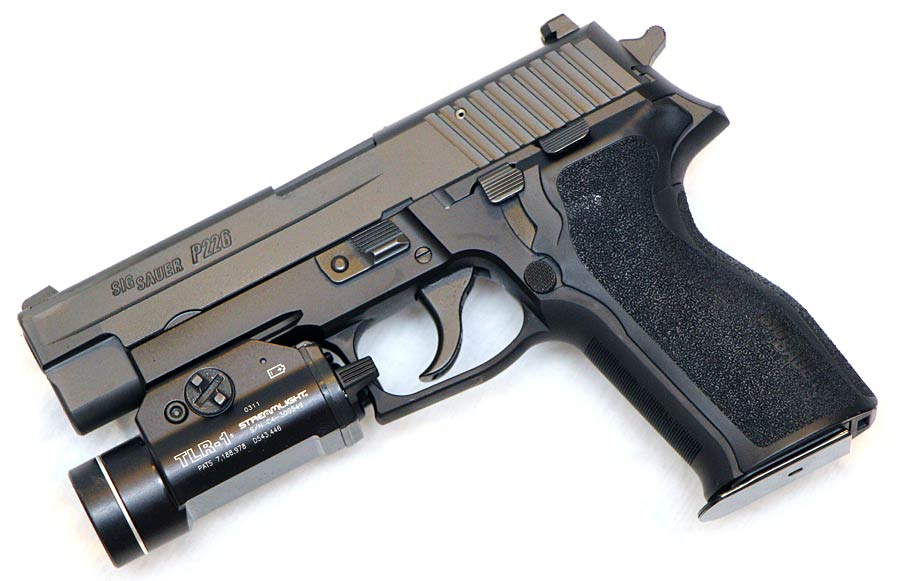 Getting a new gun is always a fun time.Â  My latest pistol is a new twist on a classic:Â  the SIG Sauer P226R.Â  This new SIG handgun has the updated E2 styling and the now nearly-ubiquitous accessory rail.

Iâ€™ll cut to the chase early:Â  I really like the gun and if you want one, go and buy it without any hesitation.Â  The gun is not perfect (none are), but I absolutely trust it with my life and have every confidence that it will perform the job it is designed to do.

The current generation of P226 pistols is somewhat of a split line.Â  The basic P226R has incorporated much of the E2 styling introduced by SIG Sauer at the 2010 SHOT Show.Â  The E2 pistols, no longer listed in the SIG line-up, made several changes to the original 226 design that were supposed to vastly improve handling of the gun.Â  E2 stood for â€œergonomics squared.â€Â  Check out my prior review on the P226 E2 here.

My P226R has some of the E2 changes, but not all.Â  The most visible change is the backstrap reduction in the area where the web of the hand grasps the pistol.Â  This reduction is about 0.15â€, which doesnâ€™t sound like a lot in writing.Â  However, pick up the pistol and you feel a vast difference between this and the original. For me, Iâ€™ve always had a problem getting the correct amount of finger on the P226 trigger due to the fact I have relatively short fingers.Â  So, this grip reduction is enough of a reason – for me – to upgrade to this pistol from the older style.

I have spoken with a number of police officers who transitioned from the old P226 to this new pistol, and virtually every one of them really like the new design.Â  Some of these guys have extremely large hands, yet they still prefer the grip reduction.Â  I have never seen any pistol upgrade so widely praised by a group of people before now.

Another change to the new SIG P226 is the grip panels themselves.Â  Gone are the two piece panels that screw to the gunâ€™s frame.Â  The new grip panel is a single piece unit that has a clamshell-like attachment to the gun that is exceptionally secure.Â  The hard plastic panels are covered with an improved texture that allows the shooter to better hold the gun with sweaty hands. 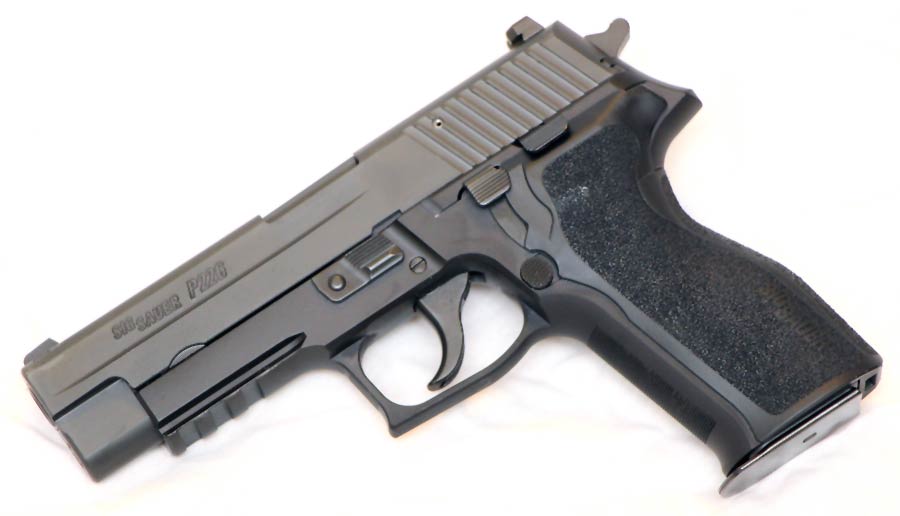 The Short Reach Trigger does not alter the trigger pull weight or any of the mechanical operations of the pistol.Â  It merely reduces the distance between the backstrap and the trigger face, which allows stubby-fingered folk like yours truly, to better control the trigger.Â  I have a Short Reach Trigger installed on my classic P226 and will be installing one on my new P226R. 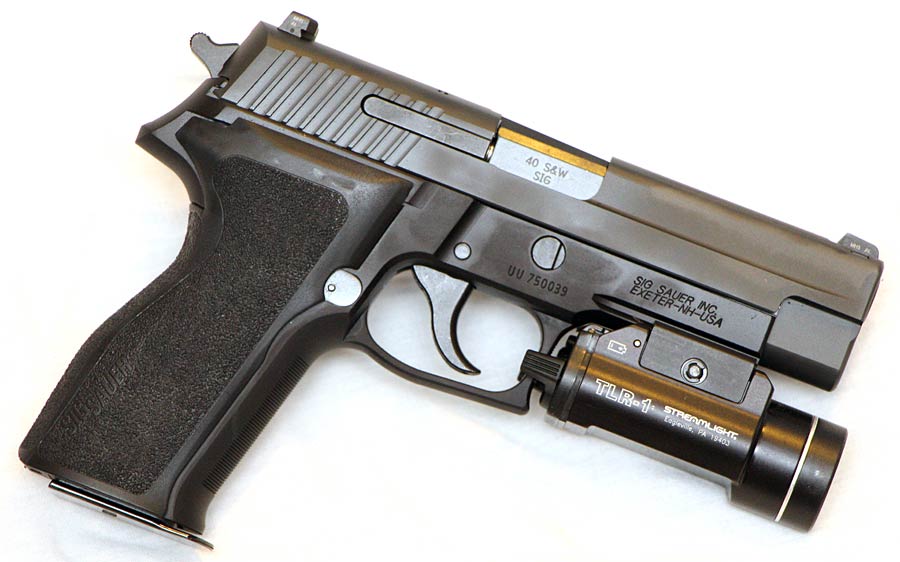 There are other variations of the P226R in the SIG Sauer lineup that have the same styling of the classic pistol. Â I expect that SIG will eventually transition all of their duty pistols to the E2 type styling.

The specifications of the current P226R handguns are pretty straightforward and listed below.

As many of you know, I am a full time police officer with an urban agency.Â  To me, the reliability of a firearm is the most important aspect of the gun.Â  If the pistol doesnâ€™t work when I need it, crisp trigger pulls and tight groups are useless.Â  So, when getting the gun to the range, I try to run a variety of ammo through the gun plus shoot from a variety of positions and at varying rates of fire. 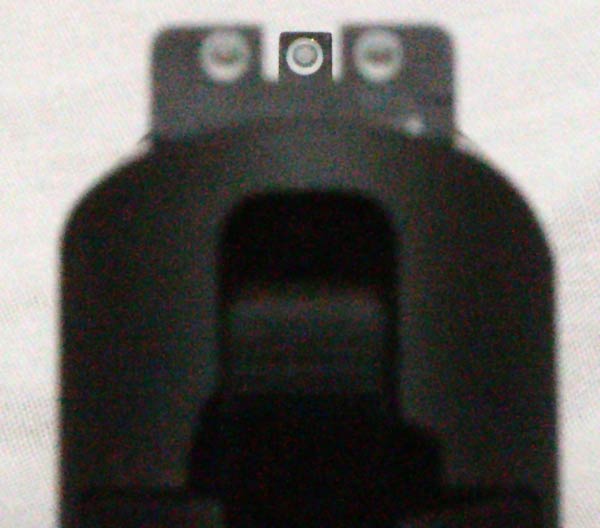 I was pleased to find the SIG Sauer P226R did not need any break-in period to become reliable.Â  The gun was taken out of the box, given a quick field strip and cleaning and had the slide rails oiled.Â  From there it was straight to shooting.

After putting about 20 rounds of mixed-brand, ball ammo through the pistol, I went through a department qualification course shooting Speer Gold Dot 155 grain JHP.Â  The course includes drawing, firing and reloading drills.Â  The gun performed without any malfunctions.

Since the initial unboxing, I have put several hundred additional rounds of FMJ and JHP ammunition downrange.Â  The P226R has been 100% reliable without a single hiccup. 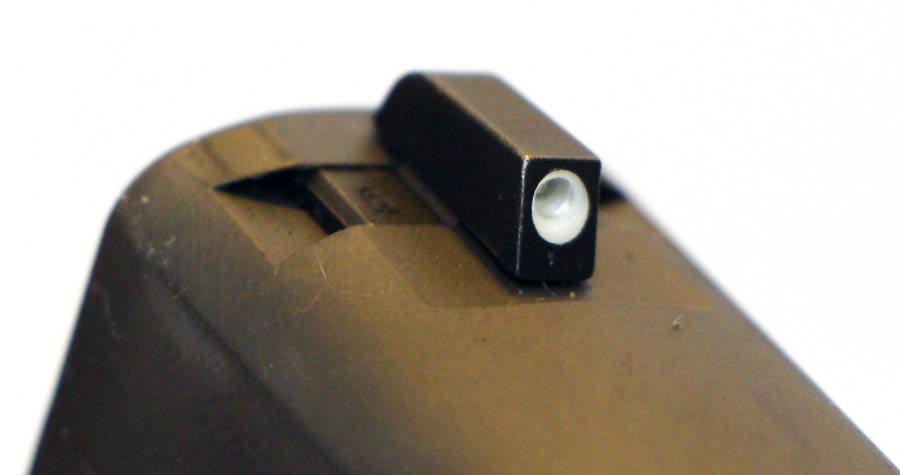 Shooting the P226, even with the relatively high-pressure .40 S&W cartridge, is very comfortable.Â  The grip texture and reduced grip both serve to make the gun a better fit to my hand.Â  Shooting on an outdoor range here in Florida (yes, even in December) can get a little warm, so the improved grips are a huge benefit.Â  The gun doesnâ€™t slip around in the hand.

The SIG is a little heavy when compared to the polymer duty guns that are on the market.Â  While that is a drawback for carry, the extra weight helps with reducing felt recoil.Â  Iâ€™m not about to make some crazy claim about there being no recoil, but the gun is pleasant to shoot.

My P226R has the â€œstandardâ€ double action/single action (DA/SA) trigger pull.Â  While I know there are a lot of people who like this set up, I am not one of them.Â  I am a firm believer in having a consistent trigger pull on a firearm.Â  I donâ€™t care if it is a single action 1911, a safe action Glock or a double action S&W revolver. 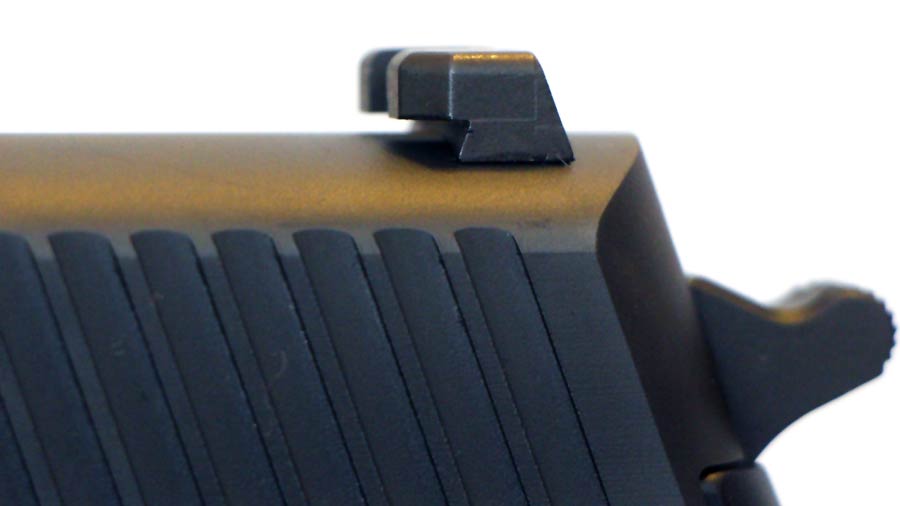 Iâ€™ve groused about this before, so I wonâ€™t bore you with a rehash of my gripe here.Â  Letâ€™s just say I would much prefer to have the SIG DAK trigger on this gun and leave it at that.

The sights are standard SIGLITE sights:Â  â€œthree dotâ€ style with tritium vial inserts.Â  In non-stress conditions, these sights work fine.Â  I prefer something different for actual self defense work, but you have to go to the aftermarket for that.

The tritium inserts do provide an advantage in low light conditions.Â  They seem a little weak for my tastes, but they are useable.Â  As I get older (not old – just older), experience and weakening eyes have both taught me that a big, bright front sight is the best thing to have to ensure you are putting rounds on target.Â  The sights standard on the vast majority of handguns arenâ€™t quite doinâ€™ it for me – it isnâ€™t just a SIG thing.

Iâ€™m not a Navy SEAL

Iâ€™m not a tank mechanic in the Navy SEALs or some other high-speed mall-ninja operator.Â  But I do carry a SIG P226R daily for the express purpose of combat.Â  Mine is holding up quite well in the normal elements that I encounter (sun, humidity, rain and salt air.)Â  Thus far, Iâ€™ve had no issues with surface rust or other corrosion.Â  This is an improvement over my classic P226. 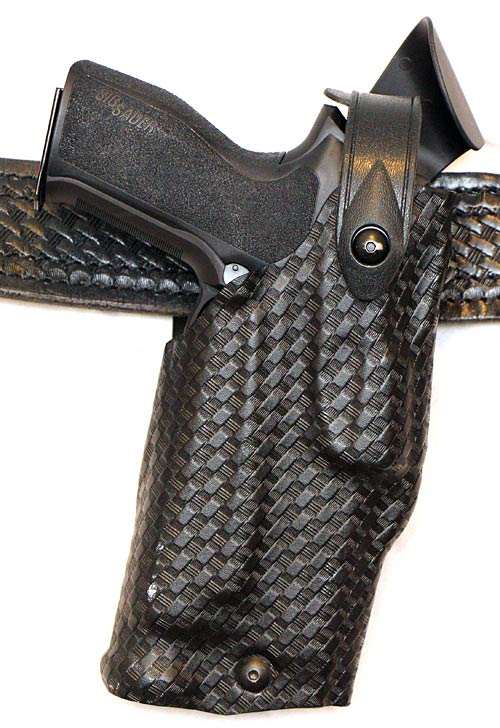 At my department, our SIG pistols have been deployed in multiple shootings, and every one has performed exactly as intended.Â  No malfunctions, and rounds went right where the guns were aimed.Â  At the end of the day, I donâ€™t think there is anything else you can ask for out of a sidearm.

The P226R is a great shooting handgun, ultra-reliable and I am very happy to have upgraded from my original P226.Â  If you like this companyâ€™s guns and have been looking at this pistol, do not hesitate to buy it.Â  The SIG Sauer P226R will not disappoint.

Ed. note:Â  The P226R in this review is not a T&E gun sent from SIG Sauer.Â  SIG has not paid me a dime in any form of compensation for this review.Â  I donâ€™t have any business stake in the company, etc.Â  All of the opinions are my own. 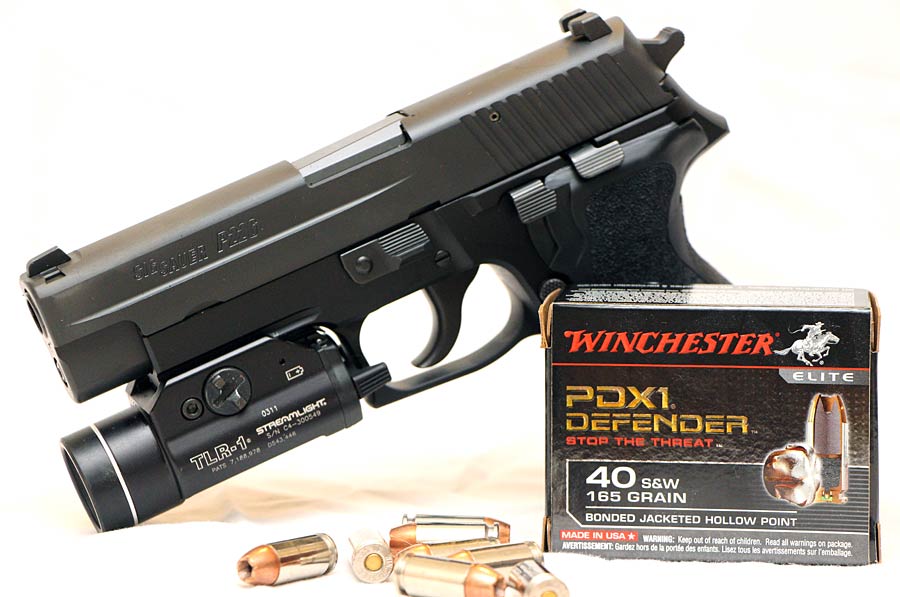 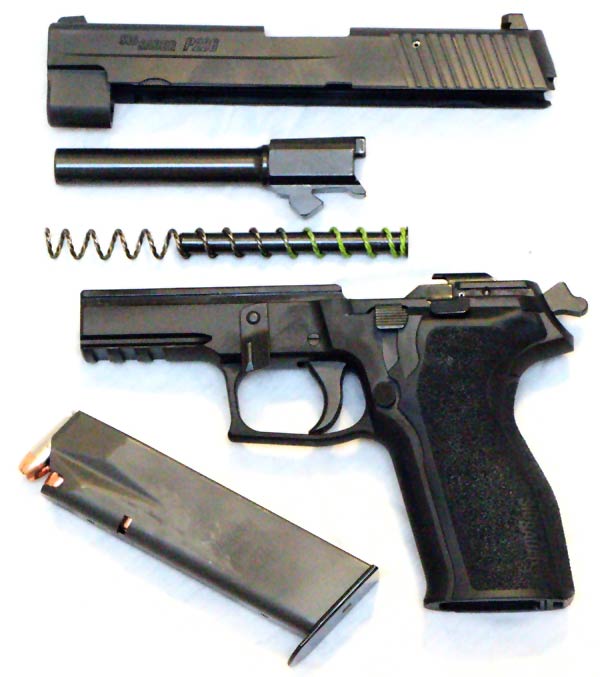 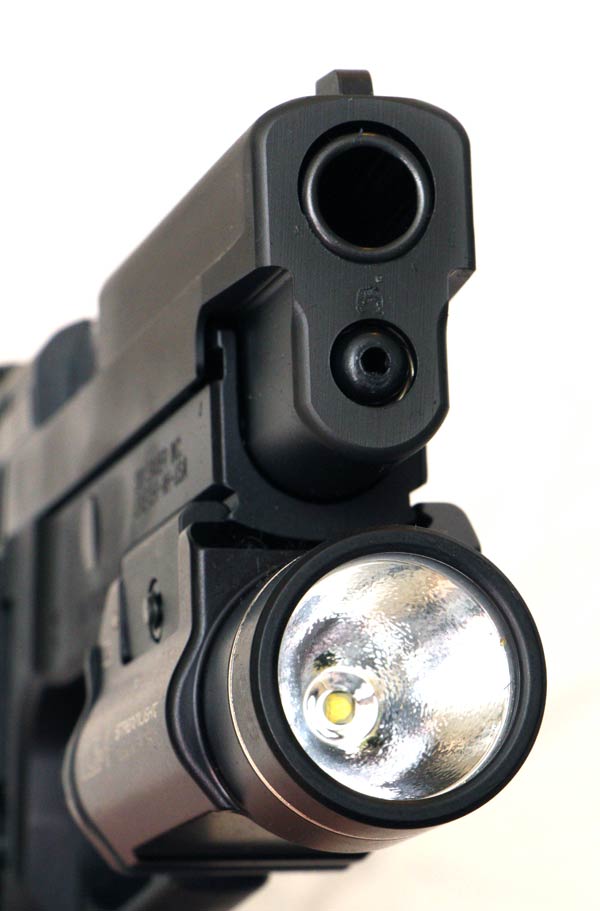