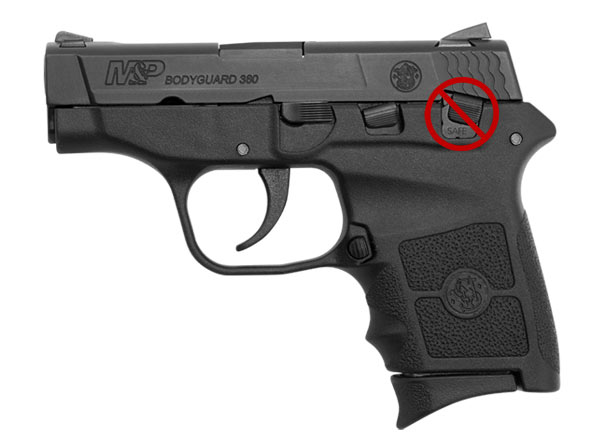 Smith & Wesson will introduce a pair of new Bodyguard 380 pistols without thumb safeties at the SHOT Show next month according to two sources. One of the guns will have a Crimson Trace laser, while the second will not have any laser.

Ever since they were introduced, many in the Smith & Wesson camp have decried the inclusion of the thumb safety. While there are some people that absolutely insist on having a thumb safety on their pistol, there is another group of shooters who won’t buy a gun (or at least a double action only pistol) with one installed.

END_OF_DOCUMENT_TOKEN_TO_BE_REPLACED 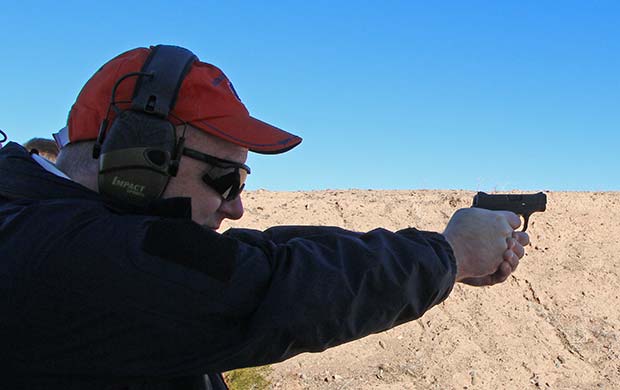 At Media Day, I had a chance to shoot several of the Smith & Wesson handguns that have been introduced for 2014. Â Among them was the new M&P Bodyguard. Â I have shot the original Bodyguard, and wanted to know how different the two pistols are. Â The answer: Â not much.

The new Bodyguard 380 does not have an integral laser. Â This is an important aspect to the new gun as (1) some people do not want/need a laser and (2) for law enforcement officers, many agencies prohibit the use of a laser aiming device on a gun.