The Winchester Salvo rifle was a double barrel automatic rifle developed in the 1950’s by Stefan K. Janson.  Winchester developed the rifle for the US military’s Project Salvo, which was to increase the lethality of US combat troops.  The design was approved by Springfield Armory on February 14, 1956 and the gun was delivered by Winchester in 1957.  After trials, the gun was not officially adopted and was turned over to the Springfield Armory museum in 1965.

The Winchester Salvo rifle is a gas-operated, select-fire gun with two side-by-side barrels.  Built on an US made T48/FN FAL receiver, the rifle uses a single bolt with two firing pins and double extractors.  A single hammer is used with a heavy spring to strike both chambered cartridges at the same time. 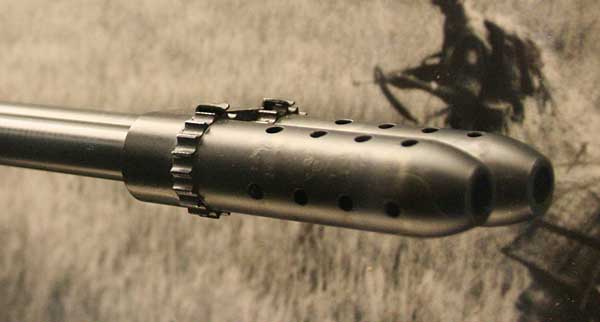 Rifle weight, unloaded, was approximately 11.8 pounds.  Both barrels were 23″ long and the overall length of the rifle was 43.5″.  The gun shown in the photos on this page were taken at the Springfield Armory museum.  It is not known how many (if any) other Winchester Salvo rifles may still exist. 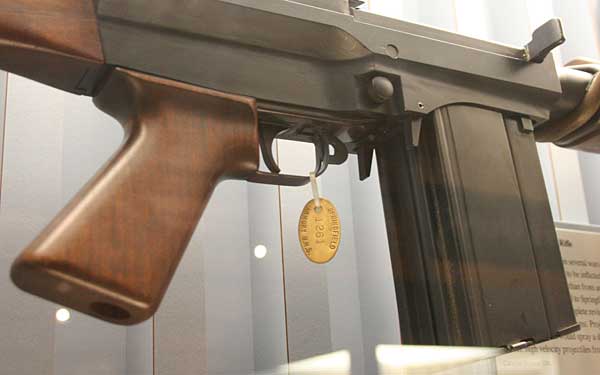 The T65 Duplex cartridge used a 7.62×51 (.308 Winchester) case necked down to 5.56mm.  It also used two lightweight bullets aligned nose-to-base (duplex).  This means with each cartridge fired, two projectiles were sent down range.  If both barrels were fired, a total of four bullets were launched.

Bullet weights of 35 grains and 41 grains were used in the T65 cartridge.

Accuracy of the Winchester rifle was reasonable for a double barrel rifle.  According to Springfield Armory notes dated 1957, “two (2) five-shot groups were fired” at ranges of 150 and 300 yards.  With both barrels firing simultaneously, the average radius of bullet impact was 7″ at 150 yards.  An extreme spread of 30″ was measured.

Recoil experiments were done with the T65 cartridge.  The Army determined that firing two of the T65 Duplex rounds simultaneously generated about 25% more recoil than a M1 Garand firing a standard M2 AP cartridge.  Further, the Army determined that “…any caliber larger than .22 was considered too great unless the recoil was substantially reduced…” with a muzzle brake.

Interestingly, early experiments with duplex .30 caliber cartridges fired from a M1 Grarand did not affect accuracy or velocity after 5000 rounds of shooting.  Hopefully, the guy pulling that trigger had a good pad for his shoulder.

The rifle was part of the larger Project Salvo conducted by the US Army and John Hopkins University.  The goal of the project was to increase the ability of US soldiers to kill and wound the enemy.  Combat studies of the time appeared to show that enemy soldiers were less likely to be hit with a single, aimed bullet than they were from shrapnel and stray rounds. 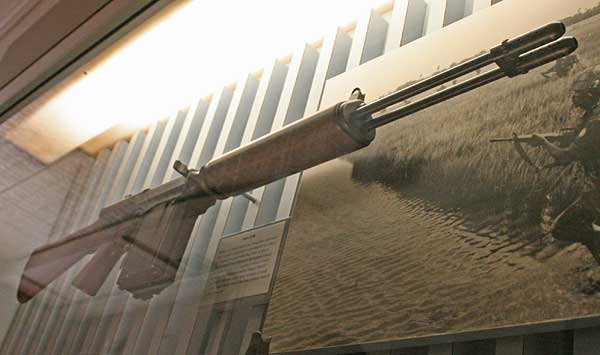 Project Salvo experimented with a variety of multi-barreled rifles, duplex rounds and flechette cartridges seeking to increase the lethality of ground troops.  Multi-barreled rifles were never adopted for the foot soldier.  However, Salvo project research did influence three weapon concepts that would directly impact US troops.

First, flechette-loaded artillery shells were successfully used for close defense by US troops in the Vietnam War.  While long range accuracy of the flechette was lacking, the wide spread pattern of the rounds apparently worked very well for troops in danger of being overrun.  There are accounts of soldiers firing the flechette rounds from 105mm artillery pieces at point-blank ranges and repelling large numbers of attackers.

Additionally, the project further solidified the military’s determination to move from .30 caliber to .22 caliber cartridges.

Lastly, the military accepted the three-round burst from a conventional (single-barrel) rifle as a preferable solution to increasing the volume of fire and increasing the odds of hitting the enemy.  According to Ian Hogg in The Story of the Gun, “…the most promising solution, and certainly the easiest, appeared to be to provide the rifle with a pre-set facility which would permit a three-round burst of fire for a single pull of the trigger.”

Project Salvo seemed to be an attempt to institutionalize the ‘spray and pray’ philosophy:  if you fire enough bullets, you’ll eventually hit something.  Perhaps Hogg stated it best when he wrote “…Project Salvo…[sought] to improve the chance of the soldier hitting the target…without actually having to go to the trouble of training the soldier to shoot properly.”

There is not a lot of published information on this Winchester rifle.  The majority of the information on the Salvo double barrel rifle comes from my trip to the Springfield Armory museum and an examination of available records.  If you have additional information you can share on this rifle, please click here to contact me. 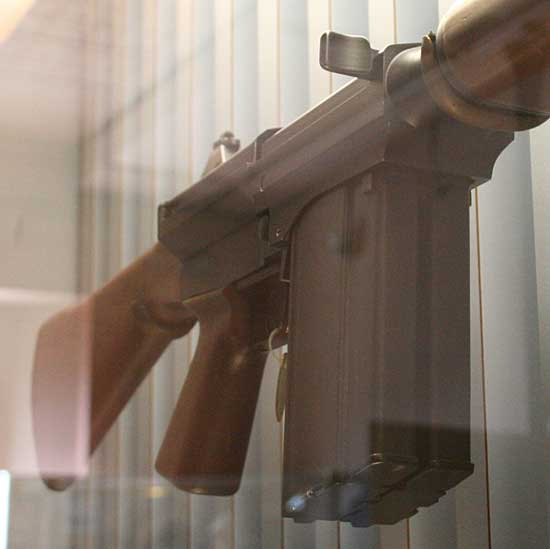 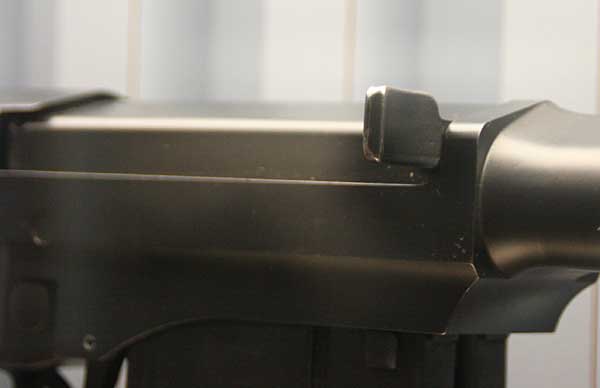 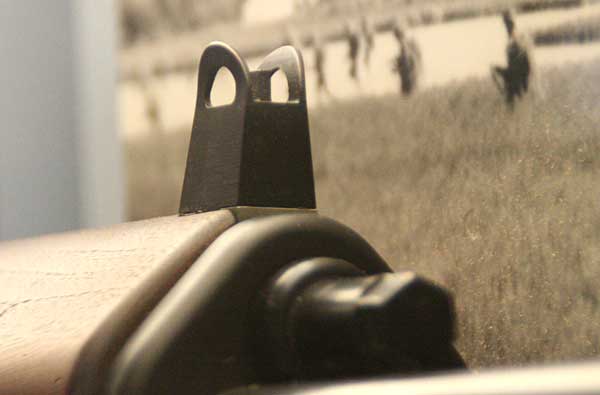 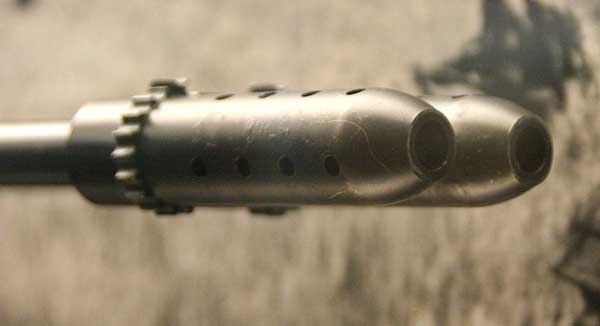 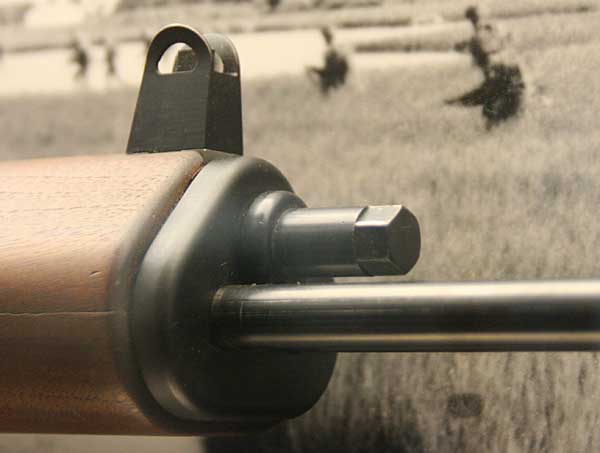 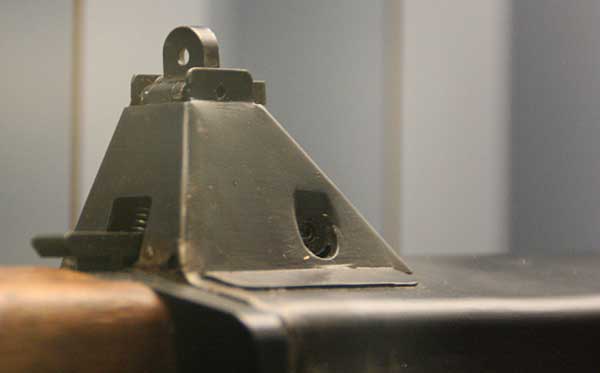 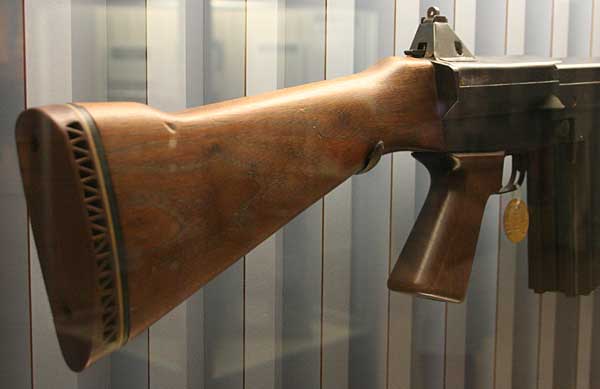 […] The latest internet news about a double barrel AR15 isn’t nearly as exciting to me since I have seen the Winchester Salvo rifle. […]

Interesting article, however that is not a T48 receiver – that’s a fully custom receiver.

Thanks for taking the time to read the article. I don’t claim to be an expert on the FAL/T48 rifles, however, the information that this is built on an actual T48 receiver comes from the archives at the Springfield Armory National Historic Site. It is possible that the archives and museum are incorrect.

One item I noticed was the use of the pistol grip. Was this an influence to the Army accepting this concept?