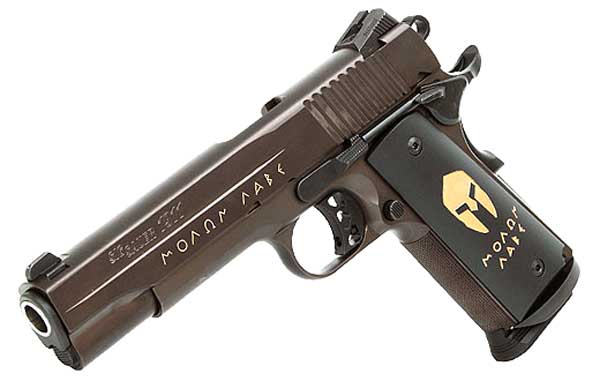 THIS IS SPARTA…or at least a 1911 commemorating the ancient Greek nation-state. Â The SIG 1911 Spartan is a special edition, full-size 1911 with a great looking finish. Â While I am sure this gun will shoot, this is an awesome bar-b-que gun.

The finish is an oil-rubbed bronze Nitron finish, while the engraved “Molon Labe” on the slide is 24k gold inlayed. Â Controls and other accents are black. Â The grips are Hogue Spartan grips.

As one would expect, the 1911 Spartan is chambered for the .45 ACP cartridge. Â Both the hammer and the trigger are skeletonized. Â The pistol comes with a single magazine. Â Both the frame and the slide are made of stainless steel. 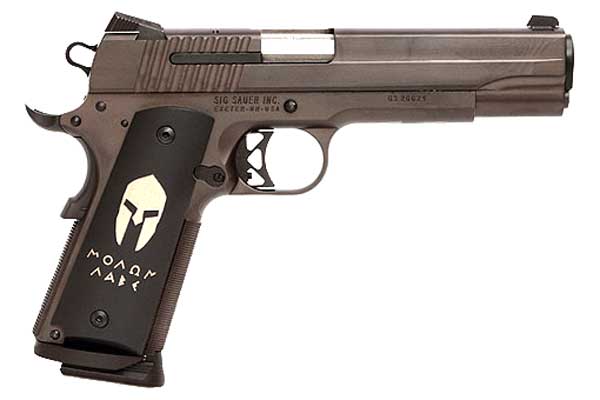 The gun is not cheap. Â Even if you get it for less than the suggested retail, this is a $1k plus gun. Â Although 1911 pistols can get very expensive, I imagine this will not be a regular shooter for most people. Â Heck, I don’t even know how well that oil rubbed finish would hold up to a little Hoppes #9. Â Let’s just say I would not want to be the test case. 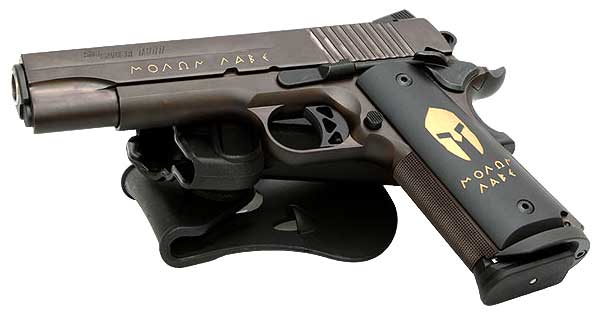 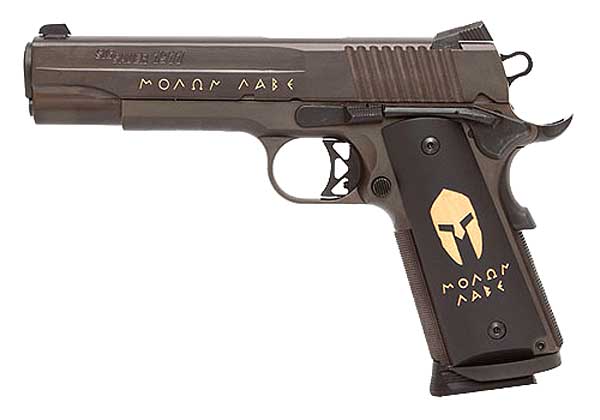 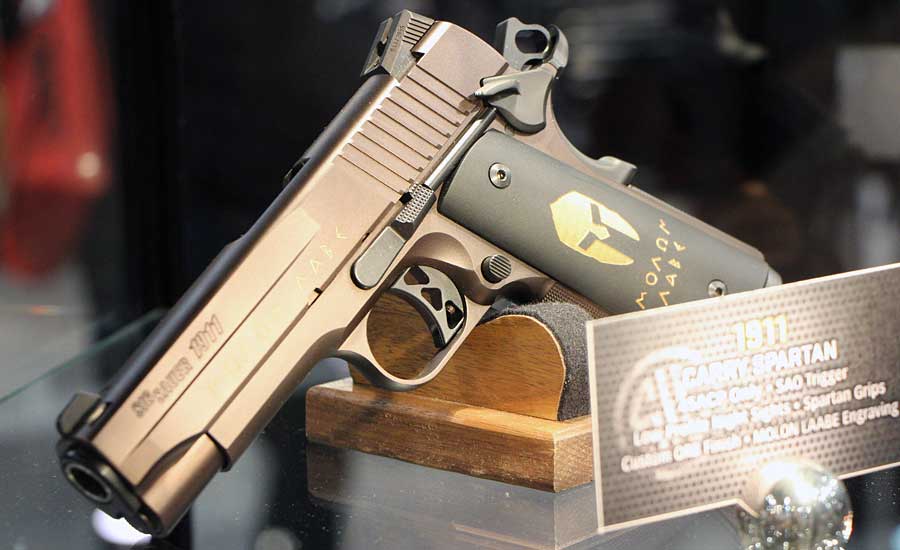 I mentioned the SIG 1911 Spartan back in early January, and had a chance to take a few photos of it at the SHOT Show in the same month. Â The gun looked great, but it was kept under glass. Â So I did not get to handle it. Â As you might suspect, there were not any of the Spartan’s on the range for Media Day either.

As you might remember, the Spartan is a special edition version of the 1911 pistol made by SIG Sauer. Â SIG has been making 1911 guns for a number of years now. Â  While purists dislike the SIG Sauer name on the slide and a few other derivations in design from John Moses Browning’s original design, I happen to like them.

I’ve found the SIG pistols are well made and run very reliably. Â I don’t know that they, or any 1911, would be my first choice for self defense, but they are great shooting pistols. Â Add in the bronze finish of this Spartan and you have the makings of an awesome BBQ gun. 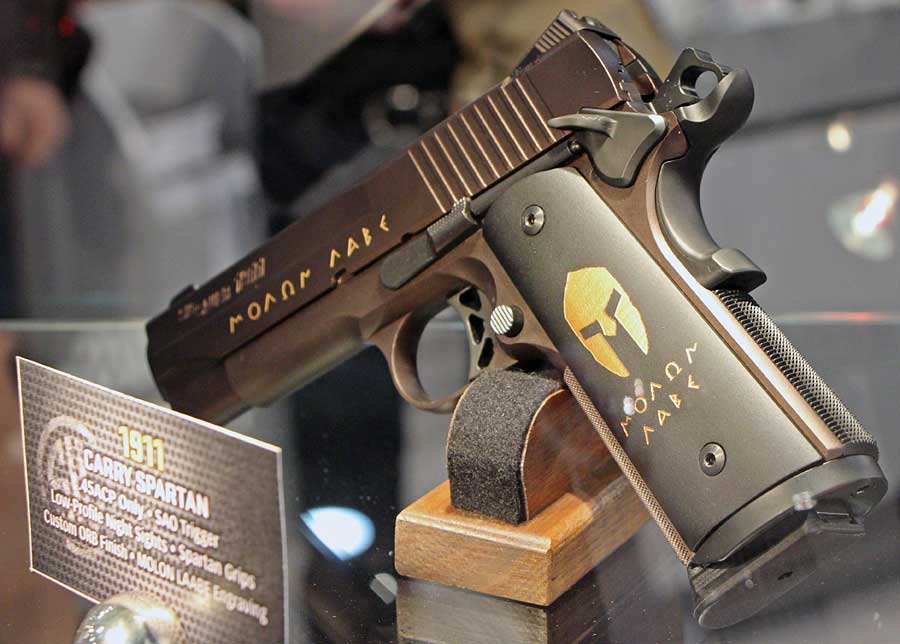 The SIG Spartan is a single action pistol chambered for the venerable .45 ACP cartridge. Â It is a “full size” 1911 with a 5″ barrel and eight round magazine. Â It features the typical grip safety and manual thumb safety. Â The Spartan uses low-profile night sights with tritium inserts.

The grips are made by Hogue. Â The frame and slide are finished in an oil rubbed bronze finish. Â The semi-custom engraving on the slide is enlayed with 24k gold.

The Molon Labe engraving is ancient Greek for “Come and Take Them,” which has become the slogan of the modern Second Amendment patriots. Â Contrary to what some people think, Molon Labe is not translated as “Come at me bro!” Â Additional information can be found on the SIG Sauer webpage.

I’ve had mine for about 3 months and I’d estimate I’ve fired 500 rounds. Completely disassembled it down to the frame to clean it. Finish is perfect after cleaning and it’s a super shooter. Completely satisfied.