It is really a shame that none of the defenseless victims in this crime was a CCW holder with the ability to respond appropriately to an armed felon.

In this video, a man is shown walking up to aÂ restaurant, which appears to be a take-out place. Â In other words, the area for the customers is very small with no seating for eating on theÂ premises. Â When the armed criminal gets to the business, he begins firing at the occupants of the small, confined area and tries to make entry.

The only defense the occupants are able to muster is to try to take cover behind about 6″ of wall directly next to the glass door and try to keep the door closed. Â The suspect fires through the door multiple times and three people are ultimately injured. Â Through luck or divine intervention, the victims are not killed. Â Somehow, theÂ victimsÂ were able to keep the criminal outside until he ran the gun dry and fled.

Can anyone tell me what proposed law would have prevented this felonious assault?

You know what will? Â A good guy with a gun. 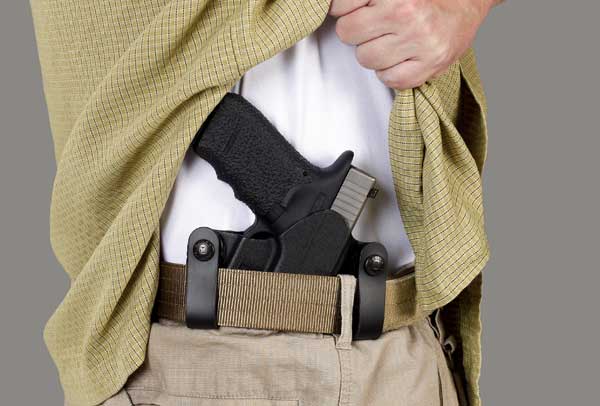 Oh wait, that sounds like I am a NRA shill! Â (Maybe I am!) If the police show up and shoot the thug, aren’t they a “good guy with a gun?” Â So, doesn’t the theory work for the CCW holder also? Â Of course it does. Â The problem is there’s never a CCW holder around when you need one.

If politicians really wanted to help make America safer, they would make firearms possession much easier for the law abiding citizen. Â Also, they would stop taxing the crap out of us so we could have a little extra money for range time so we are more accurate with the same firearms.

CRAP!!! How freakin’ lucky are those guys?