Paul Howe worked with Wilson Combat to build a new rifle that bears his name.  The Paul Howe Tactical Carbine is an AR-platform gun chambered in 5.56 NATO.  It has a very distinctive look and some very nice features and add-on options. 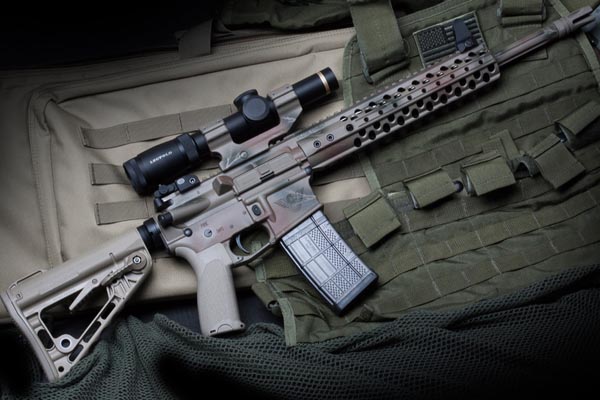 The carbine has a 14.7″, match grade barrel with a 1:8″ twist.  The barrel has deep fluting.  Permanently attached to the barrel is a three-prong Accu-Tac flash hider, which makes the gun legal without the need for a NFA stamp.

On this gun, Howe selected a two-stage Wilson Combat TTU trigger that uses heavier springs.  The trigger release is set at 4.5 pounds, which Howe preferred for golved shooting.  The weight of this gun is 7.5 pounds.

The finish is called Camouflage Armor-Tuff and it is a hand-applied pattern.  According to the Wilson Combat press release, the finish also reduces the gun’s IR signature and can help to keep the rifle cool in hot weather.

The standard sights are a Daniel Defense front and a CSAT rear.  The CSAT is a sight developed by Howe that combines an aperture with a notch on a single plane.  This allows a shooter to quickly transition between close targets to longer range targets without needing to flip the the sight from a wide to narrow aperture.  The notch is designed to sight in at seven yards, while the small aperture is the typical 100 yards.  Watch Howe explain the site in the video below for a much better explanation than the one I am providing:

The carbine can be had as a stand-alone product, or as a kit.  The kit gets you a number of nice options:

The Leupold scope is a quality piece of glass.  I previously reviewed the Leupold Mark AR 1.5-4x 20 with the FireDot.  I thought it was an excellent scope, and the VX-6 extends the magnification while keeping a 1x setting. 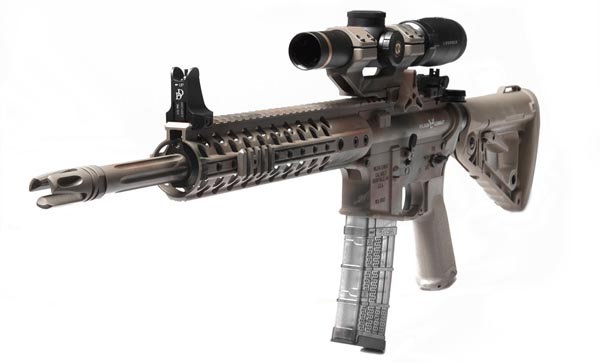 The Streamlight TLR-1 HL is a great little weaponlight that puts out an amazing 630 lumens.  I tested the TLR-1s HP, which is a similar light, and thought it was a superb performer.  The HP throws a tighter beam for a longer reach than the HL, but the HL has more total light output.  Also, the HL has a smaller reflector.

The rifle alone sells for $2600.  The kit adds to the bottom line, so contact Wilson Combat for that price. 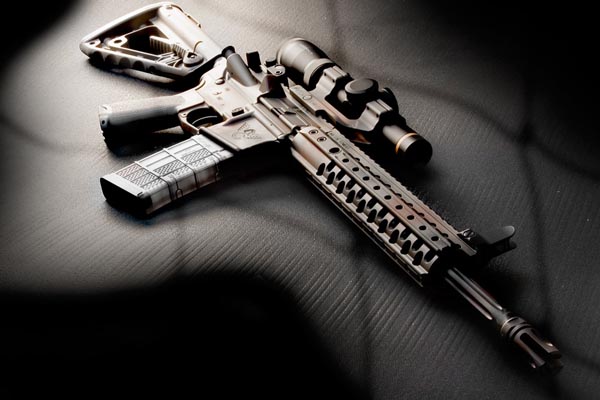 Is that a Lancer AWM?