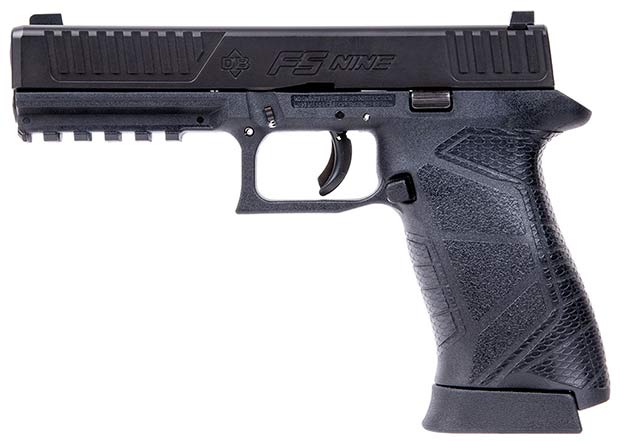 Diamondback just announced the company’s first full-size pistol, the DB FS Nine. Â The new handgun is a striker-fired gun with a polymer frame. Â This new gun will no doubt be compared to the striker-fired guns already on the market, but it does offer a few interesting features that caught my eye.

Diamondback originally gave me a bit of teaser information on this pistol in the fall of 2012. Â Of course, the mad rush for all things gun through 2013 delayed the introduction of a lot of new products from many companies. Â I expect with the lines of AR-15 and compact pistols, Diamondback probably had their collective hands full with fulfilling orders on existing products last year.

What I find to be particularly attractive about this pistol is the width. Â The published width on the DB FS Nine is 1″. Â That puts it slightly wider than the single stack Springfield XD-S (0.9″) and Bersa BP9CC (0.94″), but considerably thinner than the Glock 17 (1.18″) and Smith & Wesson M&P (1.2″). Â Of course, these are the manufacturer provided widths for all of these pistols, and each company may measure in a different location. Â Even with the thinner measurement, the magazines still hold 15 rounds. 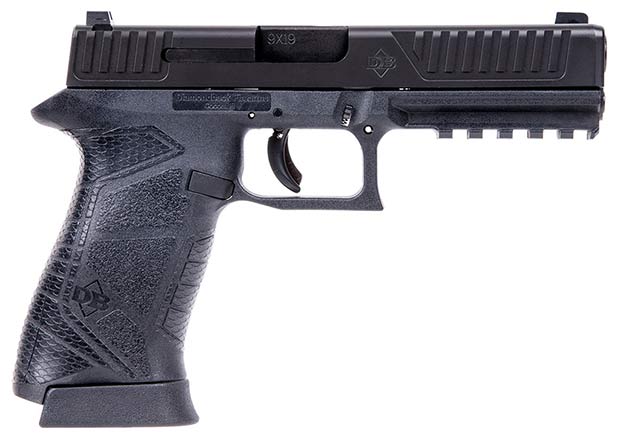 The gun has a 4.75″ long chromoly steel barrel, slightly longer than many of the competing models from Glock, Springfield Armory and Smith & Wesson. Â When compared to the Glock 17, for example, the Diamondback handgun has a longer barrel, but shorter sight radius and shorter overall length. 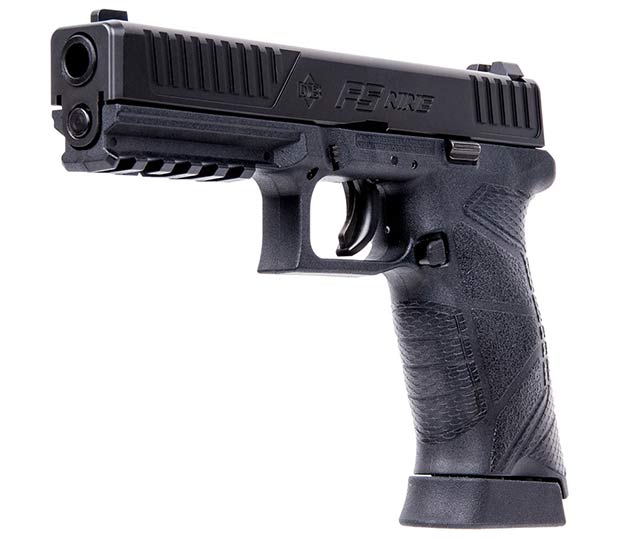 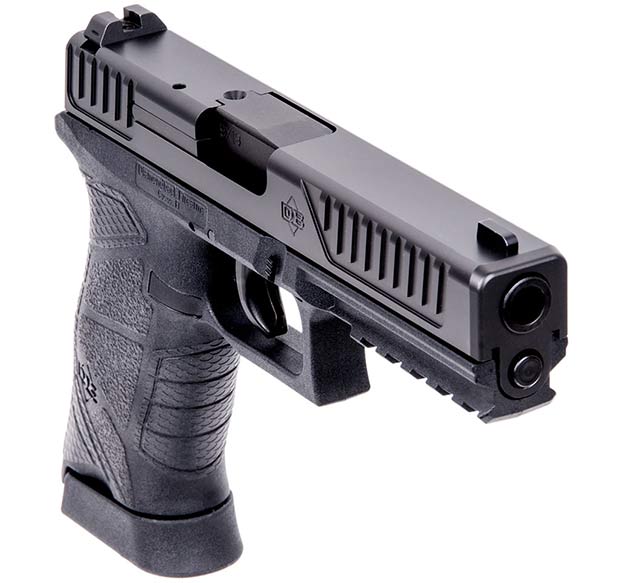 I look forward to shooting one of these new pistols. Â Some people claimed to have problems with the original DB380 and DB9 handguns. Â However, I did not. Â Mine ran quite well, as did one of my shooting partner’s. Â I got incredibly good performance from the Diamondback DB15 pistol I reviewed. Â Considering how long I believe the company has been working on these new pistols, I expect they have done quite a bit testing and expect they are releasing a solid pistol. 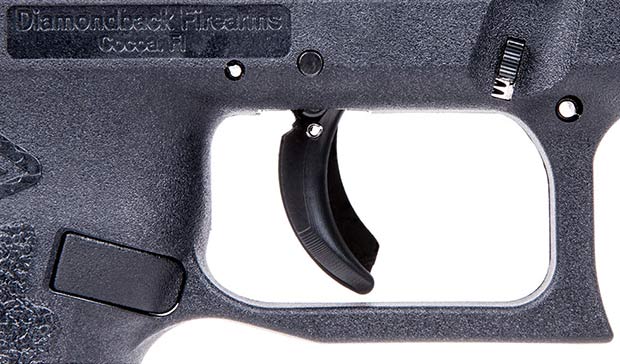 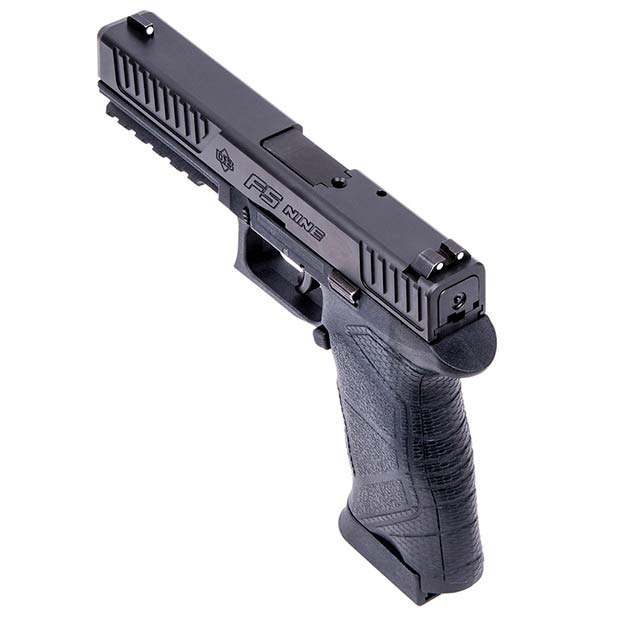