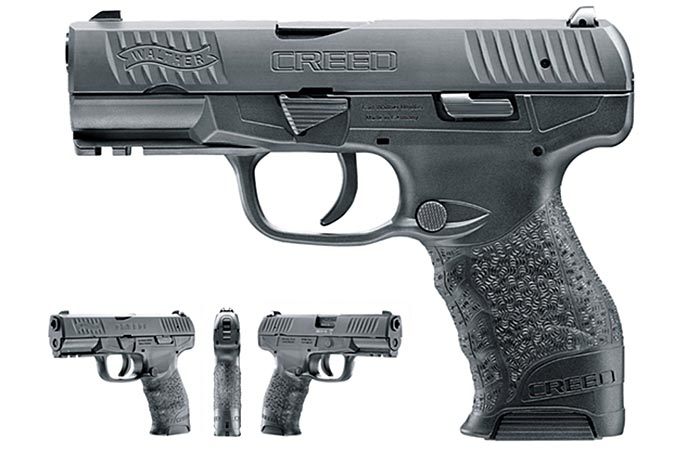 Walther Arms is now introducing a new pistol called the Creed. The new Walther Creed promises to deliver all of the standard, high-quality features that the company’s handguns are known for, but at an incredibly low price: $399.

The new Creed is a full-size 9mm pistol with many of the same features that shooters have come to expect from the company’s other handguns, including: 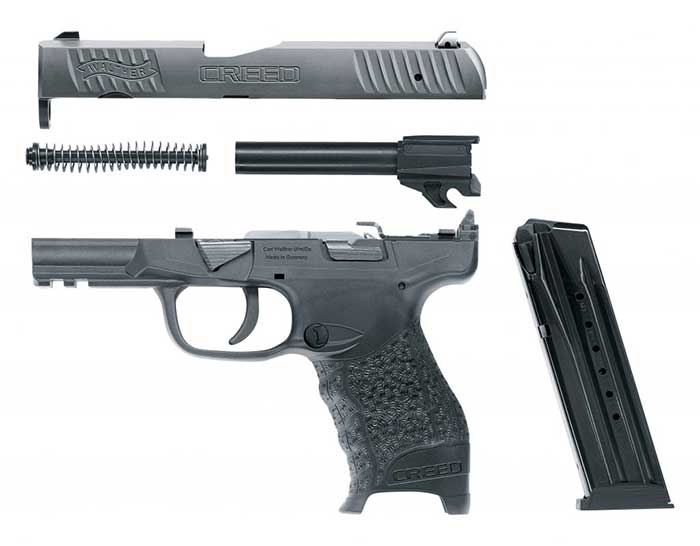 The Creed is hammer fired, not striker fired, and uses a pre-cocking, double-action trigger. Walther states the trigger pull to be a constant 6.5 pounds and very smooth.

The gun has a 4″ barrel and ships with two 16-round magazines. A 10-round, restricted state version is also available. Unloaded, the gun weighs about 27 ounces. 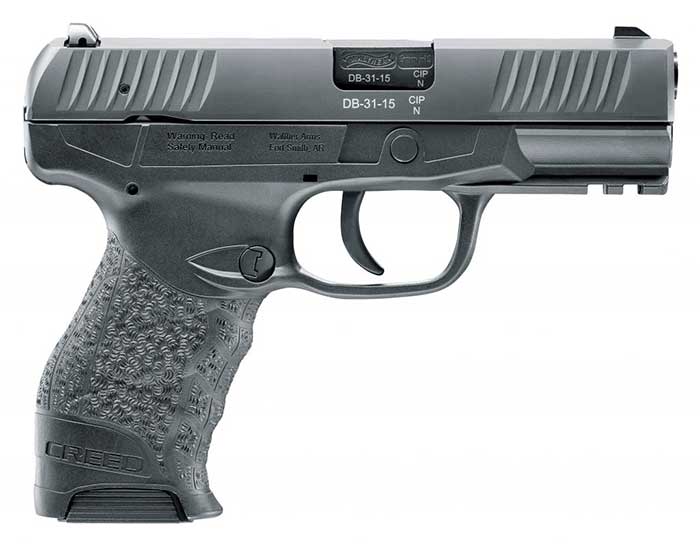 The Creed looks to be a less-expensive version of the PPX pistol. The two guns share many of the same features, and I would not be surprised to discover that the magazines are interchangeable between the two guns.

There are some obvious differences between the two guns of course. The frames are molded slightly differently (look at the trigger guard and accessory rail, for example.)

Also, the slide on the PPX has more machining. The additional machining on the PPX could easily account for some of the price difference between the guns. Other companies have offered less expensive versions of guns that, while functionally very similar, had simplified machining and engineering processes.

On the whole, its not a bad business decision for Walther to go after the budget market. Smith & Wesson has been making huge money in this niche with its SD series of pistols.

In addition to the bottom line, the move can also benefit the customer. Someone who cannot afford a $500-$600 pistol may be able to swing a $350 one. So much the better that the customer have Walther as an option.

I already own a Walther Creed. I was looking for a tuckable holster & your site isn’t showing any.