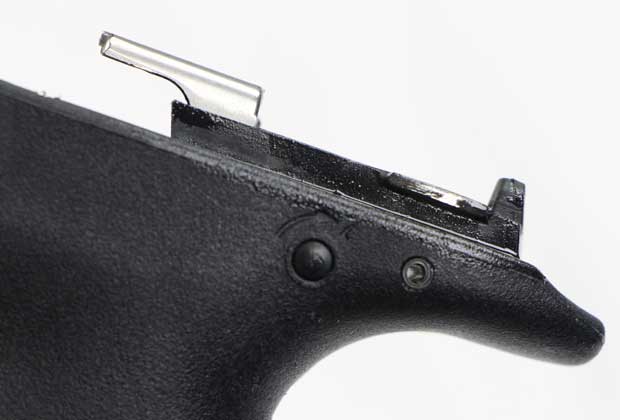 In recent times, it seems that a lot of new gun lubricants have hit the market.  Some are new, while I suppose others are just new to me.  I was recently contacted and asked if I would like to do an American Gun Oil review.  The company and the products are both new to me, so I figured I would give it a shot.  I’ve used a lot of gun lubricants over the years, and if someone has a better mousetrap I don’t want to be the last to discover it.

For this American Gun Oil review, the company shipped me a package with two four-ounce bottles.  One bottle had a flip top while the second has a pump top.  The bottles arrived in a cardboard presentation box.  The kit I received carries a MSRP of $20.95.  A single bottle four ounce with the pump spray top can also be bought for $13.95. 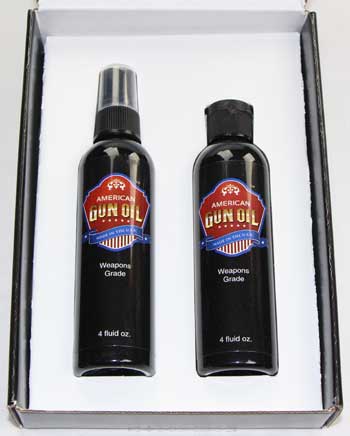 The oil does not seem to have any odor and is clear.  American Gun Oil is also supposed to be tasteless, but considering the label indicates that I am supposed to contact a physician immediately if I ingest any, I did not confirm that claim myself.  While the exact formulation of the oil is not listed, the label does indicate it contains petroleum distillates.

I took a clean handgun, in this case a Smith & Wesson M&P9, and wiped it down with a healthy dose of Hoppes #9.  After the gun was dry, I applied the American Gun Oil to the gun in the manner described in the instructions on the label.  The instructions reference a pointed-tip squeeze applicator which was not included with my kit.  I made due with a Q-tip.

I took the pistol to an outdoor range and shot about 200 rounds through the pistol.  The day was hot and very humid.  I experienced no malfunctions and the oil appeared to keep the gun lubed just fine.

One thing I noticed about the American Gun Oil is that it seems thin when compared to other lubrication products.  Recently, I had a chance to evaluate the Rand CLP.  Rand CLP is made from vegetable oil and is noticeably thicker than most oils, including the American Gun Oil.  Additionally, the American Gun Oil seemed to be a little thinner than the BreakFree CLP I have used extensively.

Is the thinner consistency good or bad?  Frankly, I’m not sure.  This gun oil worked fine for me in this informal review.  It provided what appeared to be adequate lubrication, and did not seem to attract a lot of dirt or dust.  That alone suggests the thinness isn’t a bad thing.  Additionally, on the American Gun Oil website, the company states the oil was formulated as a “low viscosity micro refined oil that fills the natural pores and crevices in gunmetal to prevent rust and ware [sic].”  So, it is possible that the lube works better because it is so thin.  Perhaps a chemist could chime in and give us his or her opinion. 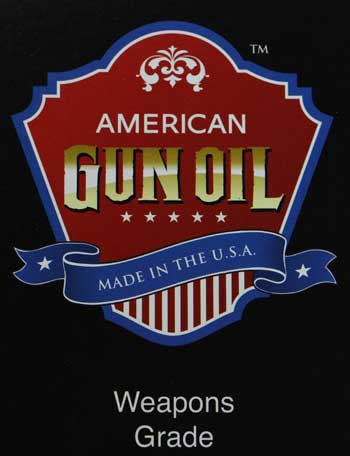 American Gun Oil is made and bottled in Scottsdale, AZ.