The Silver Shadow Gilboa Snake (previously reported as the DBR) is a double-barreled AR-style combat rifle. Â The end result is a rifle that fires two rounds with each pull of the trigger. 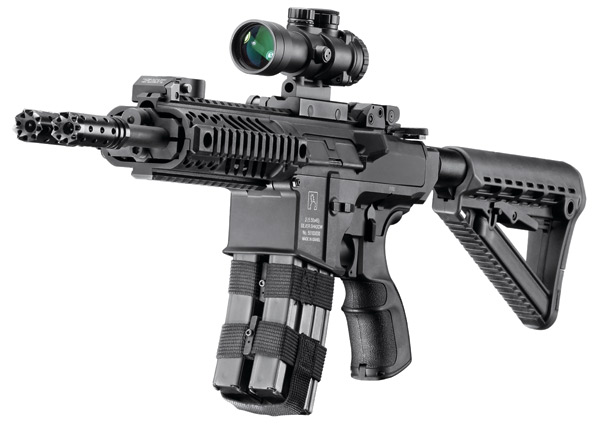 The rifle is chambered in 5.56 NATO and uses a piston system (not direct impingement). Â Both barrels are about 9.5″ long, are chrome lined and have a 1:7 RH twist.

Unloaded, the gun weighs about 9.4 pounds. Â According to the US Army, a standard M4 weighs about 7.5 pounds with a sling and loaded magazine. Â So, figure a little more than two extra pounds for the extra metal. Â Semi-automatic and full-auto versions are being made.