Two of the most popular Smith and Wesson handguns, the models 442 and 642, have been re-introduced without the infamous internal locks.  These J-frame snubbies are the classic blued and stainless steel .38 Special revolvers with the internal hammers.

Perfect for pocket, ankle, and other forms of concealed carry, these revolvers have been great sellers for Smith and Wesson for many years.  Like all S&W revolvers, in recent times, a consumer could only buy these with the internal lock.  Unfortunately, these locks have had a few problems and consumer confidence in them is very low.  Smith and Wesson have listened to their customers and brought these two classic J-frames back without internal locks.

I am a proud owner of the model 642-1 that I bought more than 10 years ago.  It is a great gun!  I have carried it daily in a pocket and on an ankle.  It has always performed perfectly and is very accurate.  I have no doubt these new models will be outstanding revolvers.

Smith & Wesson updated the 442 and 642 line with “Pro Series” models.  The difference:  they do not have locks – the same as these revolvers.  Here is what I wrote on the new Pro revolvers when they were announced in December 2009:

Let’s face it: other than Smith & Wesson, no one likes the internal locks that have plagued the S&W line of revolvers for years now.  I know of many people, myself included, who have passed on buying a new S&W revolver because of the infernal things.  Well, things may be changing.

Last year, Smith & Wesson claimed to have found a batch of old, pre-lock frames for the the 642.  So, the company ran a rather limited production of them.  I guess they sold pretty well, as S&W is now offering the 442 and 642 revolvers without internal locks.

Called the ‘Pro Series’ the new 442 and 642 revolvers, feature the standard 1 7/8″ barrel and ‘hammerless’ profile of the traditional 442 and 642 handguns.  Two major differences stand out.  The first is the lack of internal safety.  The second is the cylinder is cut for full-moon clips.

Smith & Wesson has not published a MSRP, so let’s hope this is not another limited production run. 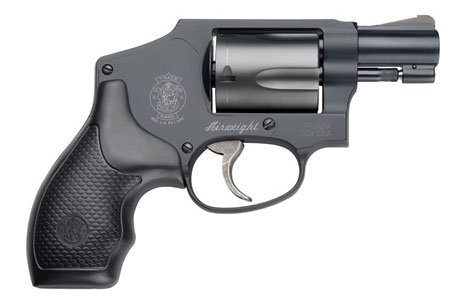 I bought a new 442 at local gunshow in NC, as I was walking out to the car dry firing it the trigger kept hanging up. I went back to the booth and they replaced it with another one and the saleman tested it this time. I’ve shot about 50 rounds with it so far with no problems. I’m glad I checked it before I got on the road.

I have a 442 that I put Hogue grips on, have a large hand, and it is very comfortable to fire. Use an Uncle Mike’s pocket holster and it is super easy and comfortable, in pants pocket or jacket pocket. I have put around 200 rounds of regular ammo through it and it gets smoother with each trip to the range. Enjoy…

Thanks for the feedback on the Hogue grips. I don’t think I have tried them on my 642. I swapped out the standard grips with a set of Pachmayr Compac grips. The Pachmayr were much more comfortable, and filled the hand well, but were too large for pocket carry. So, I went back to the original boot grips. I’ll have to find a set of the Hogue and give them a try.