Taurus introduced the “Public Defender” revolver, another in the line of the Judge revolvers, at the 2009 SHOT Show.

Chambering the same .45 Colt and .410 shotshells as the other handguns in the Judge line, the Public Defender is built on a smaller frame (the 85 series frame), and is clearly designed for concealed carry.Â  The Public Defender still chambers five rounds, yet is smaller and lighter, weighing only 28.2 ounces for the stainless or blued versions, and 26 ounces for the blued steel/titanium cylinder model.

The Public Defender has a three-inch barrel topped with a red fiber optic sight.Â  The rear sight is a fixed notch.Â  The hammer has been reduced, meaning it is less likely to catch on clothing during a draw, but it can still be cocked for a single action, precision shot.Â  The Public Defender wears a set of the Taurus Ribber grips. 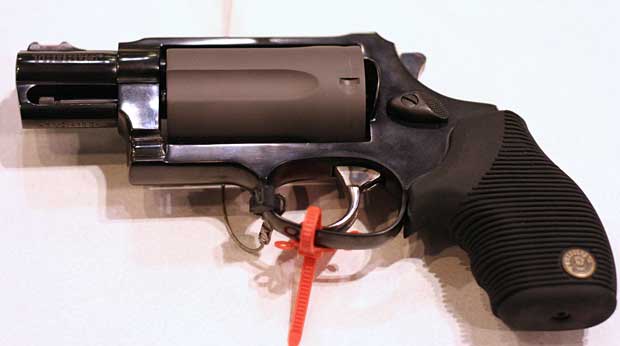 The Public Defender felt a touch front-heavy, but that is probably a good thing for helping to manage recoil.Â  While this gun is nowhere near the size of a J-frame snubbie, it is noticeably smaller than the previous Judge models.Â  If you want to carry a .410/.45 Colt, this is the best package to do it concealed.

I spoke with a sales rep on day one of SHOT who said the pricing on the Public Defender would be around $500 for the blued and stainless models.Â  The titanium model will be about $600.Â  A Taurus rep on day two of SHOT also quoted me the same general numbers. 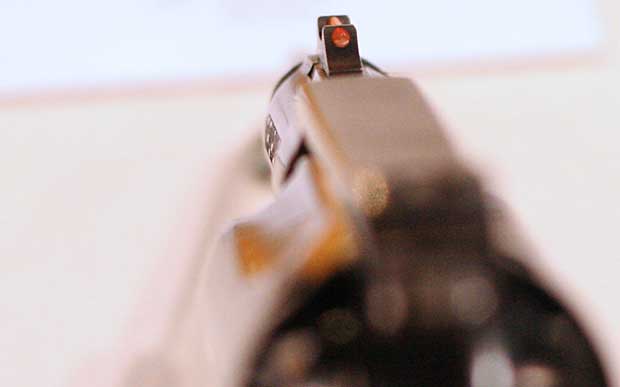 Since its introduction at the 2009 SHOT Show, the Taurus Public Defender has become one of the more popular handguns in this series of Brazilian revolvers. Â The Public Defender is a more compact version of the Judge and is therefore much easier to carry concealed. Â This gun matched up with some .410 loads specifically designed for these revolvers could be a devastating close-defense firearm.

Those of you claiming to have problems with The Judge have not yet become “intimate” with your weapon…
get to know the lady before you go for the Gold!
Use only PREMIUM ammunition in this PREMIUM firearm.
As with most aspects of Life – – put CRAP in, you will get CRAP out.

Yes, the ammo is expensive. This is not a “fun gun” you take to the range and blow-off a box or two.
The Judge is a carry weapon, a home-defense weapon…
Want to have fun at the range? Get a .22 – –

I love my Judge – – I love knowing that it will stop any criminal trying to invade my home or steal my truck.
It will knock them on their ass with a world of hurt!

I hope to God I never have to use it in this way.

bought mine 2 yrs back, havw owned s&ws and colts, in my opinion it is the best i have owned