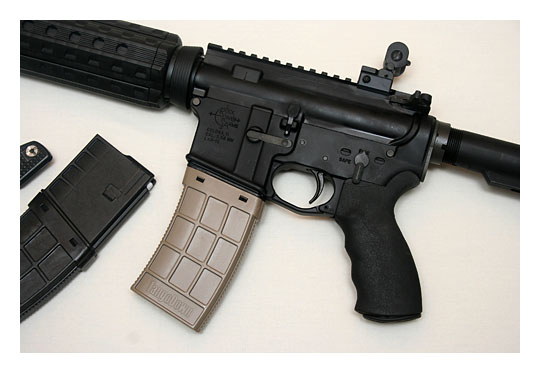 In March, Tango Down introduced a new polymer AR-15 magazine called the ARC-L.Â  Tango Down took a different approach to the AR-15 magazine, and designed something newÂ that is worth looking at.

Tango Down developed the ARC-L magazine by going back to the drawing board and taking a hard look at ammunition feeding in the AR-15 platform.Â  Tango Down started with the understanding that 30-round magazines in the AR-15 are curved, yet the magazine well in the AR-15 is straight.

Tango Down says by using the two-piece construction they can mix various polymers for different portions of the magazine: 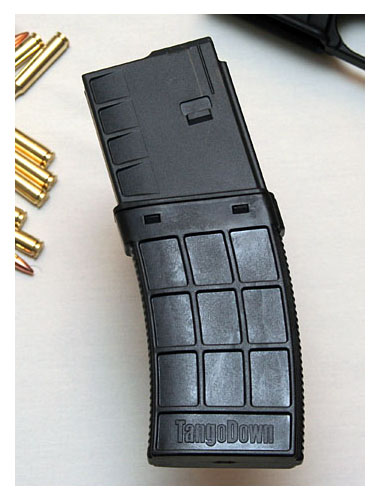 The Tango Down magazine has a solid floor, molded with the rest of the ARC-L body.Â  This creates a much stronger magazine, but it does remove an easy way to change the mag spring, or even just to clean the interior of the magazine.

Tango Down states that the magazine spring has a life expectancy of more than 100,000 cycles.Â  So, for most people, you will never need to change the magazine spring.Â  As far as cleaning the interior, you can just spray it out from the top.Â  The follower is white plastic, with plenty of drain holes.Â  You can fill it with soapy water and/or spray it out.Â  Then just tip it up, and the water will drain out without a problem. 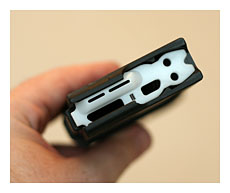 I found the anti-tilt follower built into the ARC-L works very well.Â  No matter how hard I tried, I could not get the follower to tilt or bind.Â  Using a pen, I pushed on the very edges of the follower, trying to force it to tilt, but I was unable to do so.Â  When the follower depresses, the whole follower moves, not just an edge or portion.Â  It will not tilt.

The lower portion of the ARC-L magazine is curved with ridges, similar to gear teeth, molded into the leading and following edges of the magazine.Â  The sides of the magazine have a large waffle-type pattern.Â  Both of these features allowed me good grip on the magazine when loading the rifle. 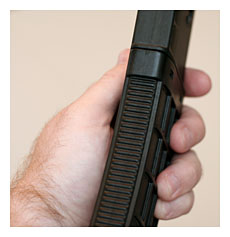 Upper portions of the ARC-L are black.Â  The lowers can be had in black, foliage, flat dark earth, and translucent.

Click here to get the Tango Down AR-15 magazine from Brownells.

This magazine is part of a head-to-head comparison I did of three polymer magazines:Â  the Magpul PMAG, the Tango Down ARC-L, and the TAPCO AR-15 magazines.Â  Photos and testing results will be posted soon.