Magpul is known for producing some of the most talked about tactical gear in modern production.  Whether it is the FMG-9 machine pistol or theBushmaster ACR, Magpul always seems to be involved in the latest, coolest tactical gear.  The Magpul PMAG is no exception.

The PMAG is Magpul’s polymer AR-15 magazine that has proven to be one of the more popular AR magazines on the market.

The PMAG comes in two basic models: standard and MagLevel.  The MagLevel features a clear plastic window on the side of the magazine and a painted magazine spring that allows you to get an approximate round count with the weapon still in the rifle.  The standard PMAG comes in 20 or 30 round versions, while the MagLevel PMAG is 30 round only. 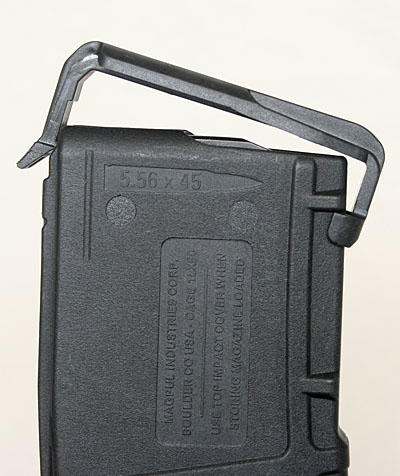 The dust covers do lock on tight, so while it is possible to get them off with one hand, using two hands is much easier.  Only one hand is needed to get the dust cover off, but the magazine has to be firmly held, in a pouch or in your second hand, to quickly sweep it off.  My recommendation is not to have the dust covers on any magazine you anticipate you might need to use in the short term. 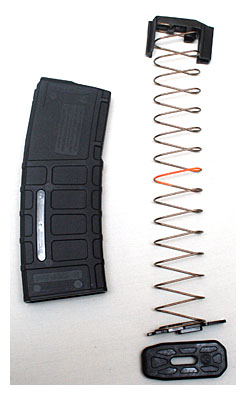 The follower is the Magpul self-leveling, anti-tilt follower that they have been selling as a separate component.  This is the same follower that other companies, like Brownells, have been using in their magazines.

I was unable to get the follower to tilt or bind in any way.  Pushing down on one corner of the follower pushes the entire follower down in an even, uniform manner.  The Magpul self-leveling followers are vastly superior to the mil-spec stuff that I have been exposed to.

The PMAG stainless steel spring is strong, but loading cartridges is still very easy.  I had no problems loading these right to 30.  The floor plate removes easily for access to the spring and follower for parts replacement or general cleaning.

This magazine is part of a head-to-head comparison I did of three polymer magazines:  the Magpul PMAG, the Tango Down ARC-L, and the TAPCO AR15 magazines.  Photos and testing results will be posted soon. 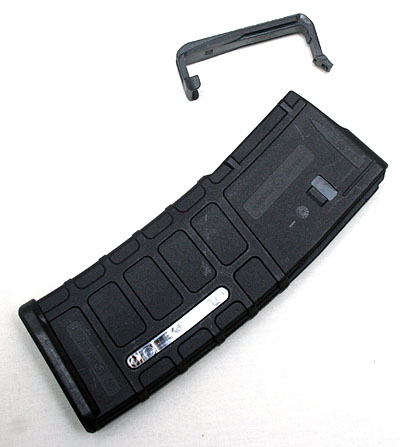