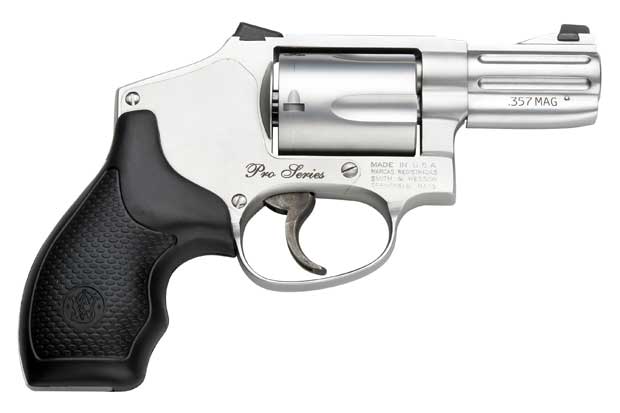 Smith & Wesson is showing a new model 640 revolver at the 2010 SHOT Show.Â  The very popular 640 is a five-shot, .357 Magnum “hammerless” revolver.Â  S&W tweaked it for 2010, adding several new features that should prove to be popular.

First off, the old fixed sights have been replaced by a set of tritium, three-dot sights.Â  Additionally, the sights are now dovetailed into the frame, meaning you can replace them without major gunsmithing if you so desire. Â These sights are a huge improvement over the standard plain ramp and shallow notch found on the previous 640 revolvers.

Second, the barrel has been fluted, giving it a longer, leaner appearance. Â The fluting may also shave a few fractions of an ounce off of the total weight of the gun. Â For a concealed carry revolver, this is important for many people. 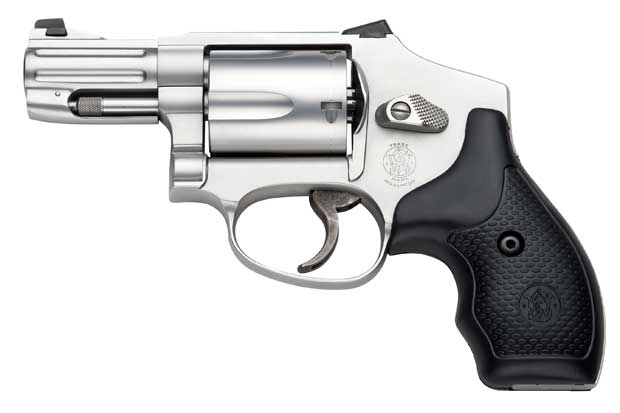 Lastly, and perhaps most importantly for many people, there is no internal lock in this model. Â The internal lock on the Smith & Wesson revolvers has been shown to cause the gun to “lock up” when shooting in certain, limited circumstances. Â Smith & Wesson hasn’t been very vocal about this problem in the past, and it would be nice if they came out and addressed this issue head-on with the shooting community.

I expect the lack of internal lock to sell more of this gun than the other features.Â  However, I really like the fact the sights have been upgraded to tritium, and the fact that they are replaceable is a nice bonus.

This version of the S&W 640 was introduced at the SHOT Show in January of 2010. Â As of October 2013, this gun is still in production and listed in the company’s catalog. Â The gun carries an MSRP of $809.