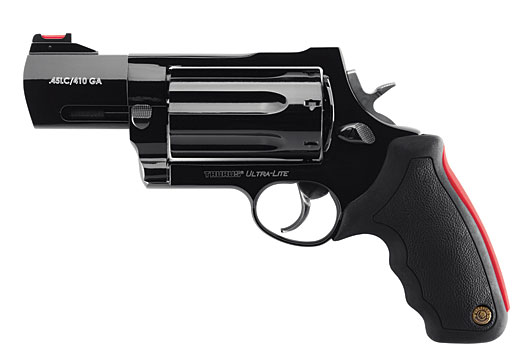 This revolver is not the same as the Raging Judge Magnum that chambers the .454 Casull. Â Both guns are similar and are built on the same frames. Â However, the Magnum chambers only five rounds of .454, .410 or .45 Colt. Â This gun, the Ultra-Lite, doesn’t do the .454 Casull and instead will chamber up to seven rounds. 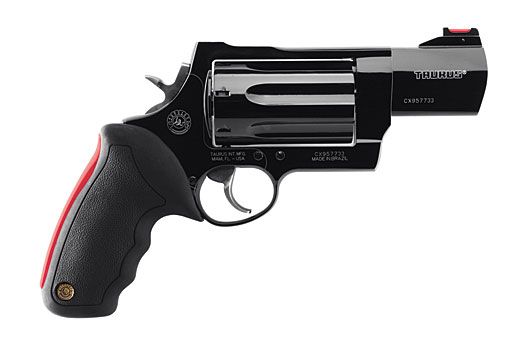 Since the Ultra-Lite is on the same frame as the Magnum, the Ultra-Lite does have a double lock-up. Â This means the gun can handle stronger loads (good for you handloaders building up some very strong .45 Colt loads,) but it is also a little slower to reload. Â With practice, the reloading speed can be pretty darn quick, but it is something to consider. Â I wonder if someone can build up a near .454 Casull load in .45 Colt and shoot it safely through this gun. Â Certainly any of the higher-pressure loads from Buffalo Bore and others would work fine in this gun.

Anyone know where a used Taurus Raging Judge Ultralite may be found to purchase at this time in 2019. Please give any info to help.