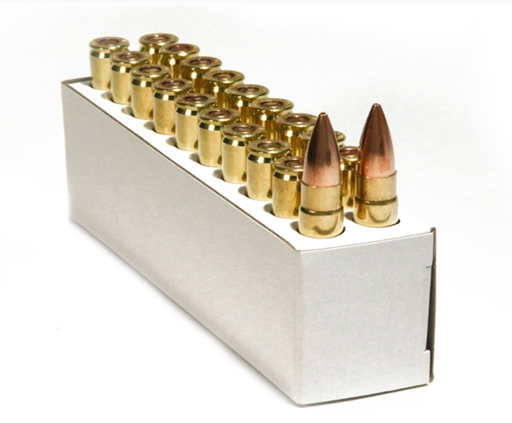 It seems that more and more people are making ammunition, guns and uppers for the 300 BLK (aka 300 BLACKOUT) cartridge. Â The latest that I have found (via the AAC Blog) are the loads from PNW Arms.

PNW Arms manufactures high quality ammunition for handguns, subguns and rifles. Â They are currently offering three loadings in 300 BLK: Â a hunting load, a match cartridge and a subsonic round.

The match load also uses a Nosler bullet: Â a 115 grain boat-tail, hollow-point from the Custom Competition line. Â This bullet is running at 2000 fps from the muzzle and sells for $19.99 for a box/20.

The subsonic load uses a Sierra boat-tail, hollow-point Match King bullet. Â The bullet is 220 grains and is running at about 1023 fps from the muzzle. Â This is obviously designed to be used in suppressed guns. Â PNW states the load produces a noise level of 155 dB from an unsuppressed gun and 127 dB from a suppressed weapon.

Need a bolt gun as well in 300 blackout. One of the cheaper entry levelguns