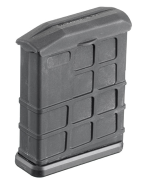 Fortunately, Ruger wasn’t blind to the issue.  To resolve the cost problem, Ruger is now manufacturing polymer magazines of three, five and ten round capacities.  While not cheap, the polymer mags are much more reasonable at $39.95 each.  I can’t say that a retail price of $40 is appealing, but it is certainly less horrific than $70.

The magazines use a polymer body and base with a stainless steel spring.  The body of the magazines have a waffle pattern.  Dust covers come with the magazines for storage, similar to the ones that Magpul provides with some of the Pmags.  The magazine base is also polymer.

Ruger did a video of a small torture test on one of the magazines.  The torture test wasn’t over-the-top tough, but whacking a mag with a baseball bat isn’t exactly treating them with kid gloves either.  I do wish they would have shown the magazine being used in the gun after the abuse rather than just showing there were no cracks and the bullets appeared to feed correctly.  Give us the full monte, so to speak.

Ruger uses Magpul magazines with the SR-556 rifles.  I wonder if the company has contracted with Magpul to produce these magazines, or if Ruger is making these themselves.  Ruger definitely deals in polymers, so it would not be necessary for them to contract out, but they are also running at capacity on the production lines now.  It could be advantageous for them to field out the work just to keep maximum production on all of their other products. 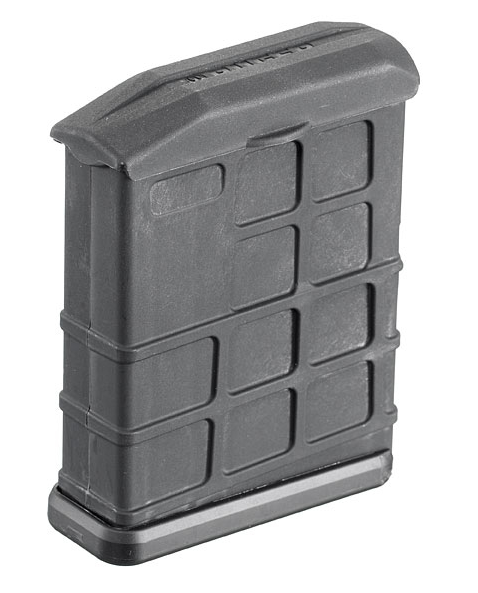