TSD Combat Systems, one of the companies affiliated with Gabe Suarez, is now shipping the CQB Kalashnikov. Â This is a thoroughly modern AK systemÂ designedÂ for fighting.

The 14″ barrel has a permanently attached AAC BLACKOUT flash hider, bringing the total length to 16″. Â So no one need worry about the ATF tax for a SBR (short barrel rifle).

The stock is a Magpul CTR (I highly recommend this stock) mounted using a Vltor stock adapter. Â The pistol grip is the US Palm grip and the handguard is the Midwest Industries X-Rail system. Â The CTR stock is on one of my AR-15 rifles and it has proved to be an exceptional stock. Â For any kind of modern sporting rifle, I think these are great.

The trigger uses a tuned Red Star Arms kit. Â MSRP is $2595, but the rifle sells for $1685 through One Source Tactical. Â Some folks my think that this is too much money for an AK-based rifle, but a quality fighting rifle for about $1,700 is not terribly expensive.

As stated by One Source Tactical:

The AK system was developed by Mikhail Kalashnikov to answer the needs of modern urban combat, it wasÂ adopted by the American Gun Community to answer the needs for the ultimate civilianÂ guerrilla rifle, and it has now been perfected by TSD Combat Systems.

I’ve alwaysÂ preferredÂ the standard AK-47 to the plethora of “Bubba-ized” AK’s floating around out there. Â However, these guns look really good, and the components are good quality items. Â I really like the look of these. Â I wish I had the money to drop on one today. 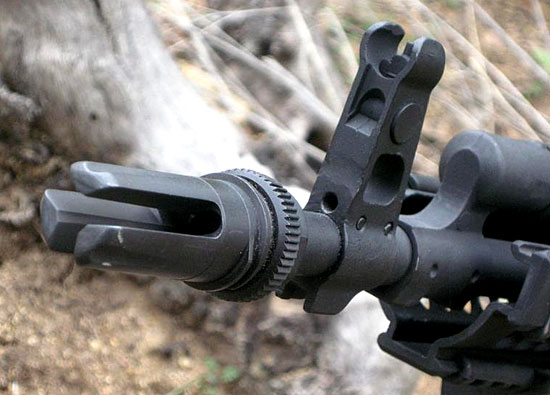 All photos are courtesy of One Source Tactical. Â Make sure you go to their site to see these (and many more) in larger sizes.

I can’t quite figure out why someone would spend so much on an AK.