We found the Diamondback RTS shotgun at the 2012 SHOT Show.Â  It is a working prototype right now, but Diamondback hopes to have them shipping sooner rather than later.Â  We’ll keep you updated. Â (Update 11/13/2012 – The latest on theÂ production of the Diamondback shotgun is at the bottom of the article.) 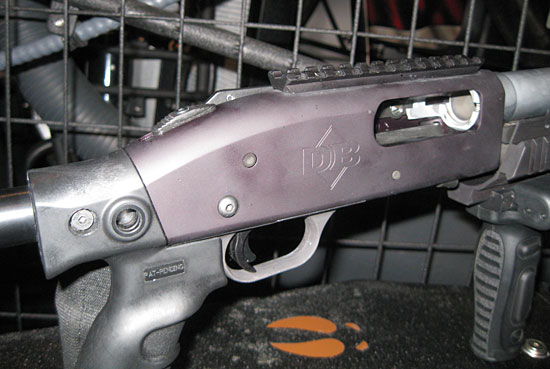 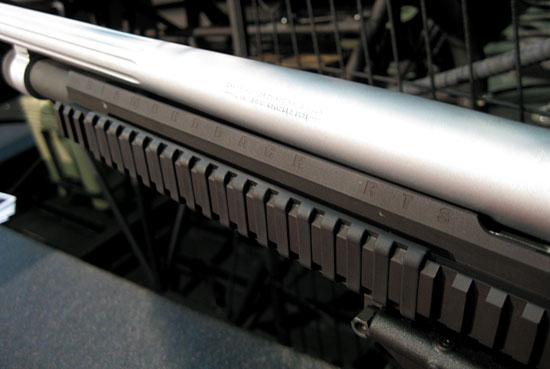 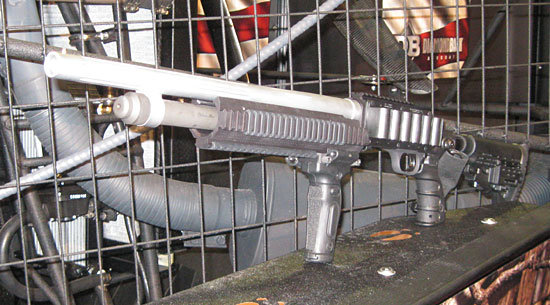 Back at the 2012 SHOT Show, Randy was able to get us information and photos of theÂ new Diamondback shotgun called the RTS. Â Unfortunately, I have learned from DiamondbackÂ at the 2012 NASGW ExpoÂ that the shotgun will not go to production.

According to the folks at Diamondback, the shotgun was too expensive to produce, and there are too few buyers for the project to be profitable. Â It is understandable that the company would walk away from the project, but I would have liked to have seen it make it to production.

I like it, just wish it came with a AR front style sight post and rear AR sight. I would hope it dont cost no more then 500 bucks.

If ur going to cry about them reporting on what kind of attachments and stocks strapped to a prototype then maybe you should be over checking the my little pony blog. If you didn’t want to know what was new at the shot show then don’t read the articles. Every gun on the market is either an enhanced copy of, or a reimagining of a proven system.

Just a little update from Diamondback. While at the 2012 NRA Convention in St. Louis last month I stopped by the Diamondback booth and talked to the staff about any updates on the RTS. Diamondback has been real busy producing their two compact handguns. They have also run into supplier issues, like many other small to midsize manufactures have run into.

The 2012 election process has once again placed an enormous demand on the firearms market. This demand has overwhelmed supply, causing serious delays in production, availability, and shipping times.

As such, Diamondback has put the RTS on the back burner for now, but has not given up on the idea. Staff told me that they’re still actively looking for suppliers for some of the shotgun’s parts, and may have a better idea of market availability later this summer.

So what’s the deal on these? They coming out or what?