Izhmash announced the development of a new Saiga-12 shotgun variant for practical shooting competition.  Saiga-12 fans will likely notice a few differences just from the photo:

My Russian is not very good, but from what I was able to determine, the new Saiga-12 sports several new features, including:

According to Izhmash, development on the new Saiga started in February 2012, and the first guns were in the hands of competitors by April.  Using the new shotguns, athletes on the “Russian Technologies” team took first and second place  at the Golden Ring Cup competition in early May.

Alexey Shumilov is listed as the designer of the new Saiga-12.

Although developed for competition, the new Saiga-12 is likely to be very popular with non-competitors as well.  Izhmash states they have begun production of the Saiga-12 shotguns and will be introducing them to the shooting public “soon.” 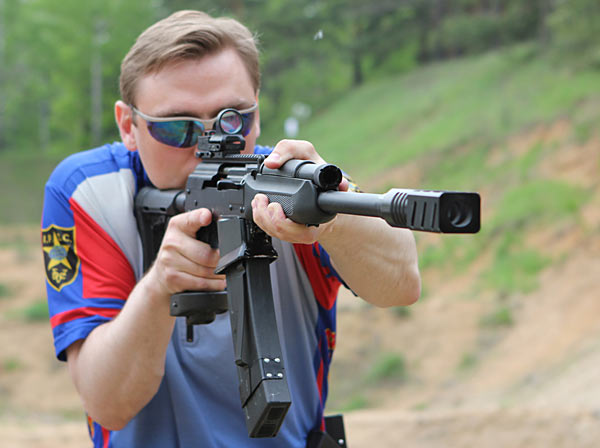 The new modifications to the gas system are said to make the gun more reliable.  Again, my Russian is not good, but I believe there has been a modification made to allow shooters greater flexibility in adjusting the gas system to tune the gun to the ammunition being shot.

Something else I noticed, but did not see mentioned in the press materials, is the new Saiga variant does not have the typical AK-style safety lever mounted on the right side of the receiver.  I do not know if the new shotgun has a manual safety, and if so, where it is now located.  Maybe someone else can spot it in the photos?

What do you think?  Will the new modifications be a popular change, or will AK fans decry the M-four-ification of the Saiga platform?

Updated Information on the New Shotgun

The new Saiga-12 appears to be on track for import into the United States according to information from Izhmash.  Additionally, overall shipments of firearms from Izhmash to the US is expected to “…increase significantly.”

The new Saiga-12 features a variety of modifications including a push-button magazine release, AR-type buttstock, a new gas system, a unique muzzle brake and more.  I gave a more complete run down on the Saiga-12 last month.

Izhmash is focusing on the police and competition markets for the new shotgun.  While the new Saiga wasn’t announced until recently, several competitors have been running the guns in the European circuit to test them out.  Several competitions have been won with the new guns according to Izhmash.

Back in January, the company announced several new contracts to provide Saiga-12 shotguns to law enforcement agencies in the United States.  Interestingly, development on the new shotguns started in February.  It is not known if the contracts prompted the new gun’s development.  I do not think the two things are totally isolated, or happened in a vacuum.

Izhmash also secured contracts to supply Saiga-12 shotguns to law enforcement agencies in Australia and in Poland.  These procurements were announced in March.

We have more details on the new Saiga-12 being developed by Izhmash.

As I reported back in May, a new Saiga-12 shotgun has been designed for the competition market.  Currently, Izmash is showing the shotgun at various shooting events and expos and is planning on shipping it to the consumer market in late 2012 or in the early part of 2013.

The new Saiga-12 shotguns have a variety of features that make them more conducive to competition, including a push button magazine release, flared magazine well, Magpul CTR adjustable stock and a serious looking muzzle brake.  Right now, the shotguns are only planned in 12 gauge. 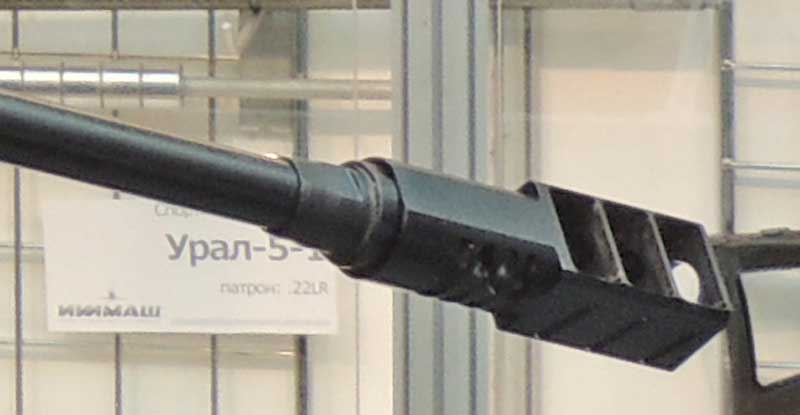 For about the past six months, competitors in Russia have had a change to run the new Saiga-12 shotguns in actual competitions.  Based on their feedback, Izhmash has been able to ensure the guns run reliably.

The barrel length is listed as 430 mm, which works out to be about 16.9″.  For the US market, this is a non-starter as it makes the gun a “short barrel shotgun.”  Good luck on importing a restricted item for the consumer market.  At first I thought Izhmash would get around that problem by having the muzzle brake count as part of the overall barrel length.  However, I’m not sure that is possible.

If I am wrong on either of these points, please leave corrective information in the comments below.  However, I would presume the company would make an 18″ barrel version of the gun for export to the USA. 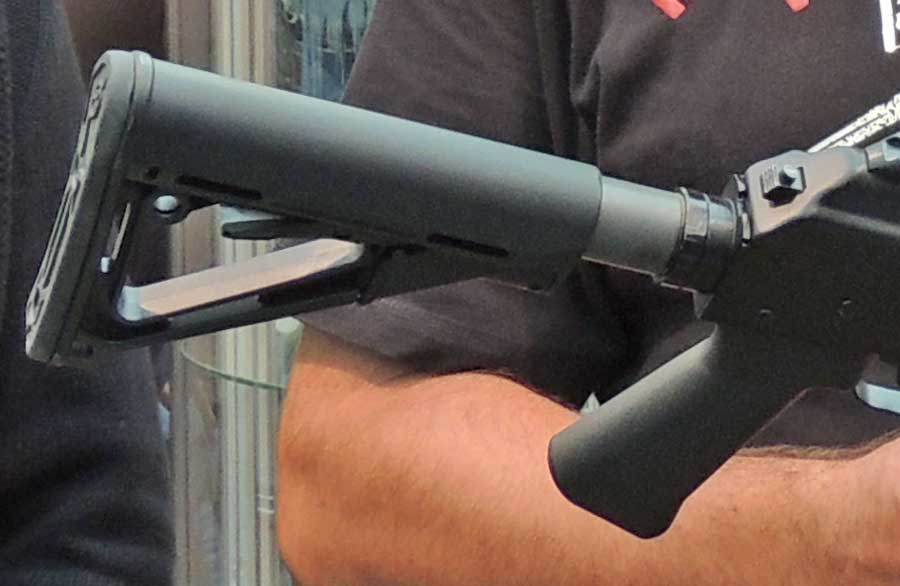 A few notes about the specs.  All of the specifications are from Izhmash, which means they all had to be converted from metric to english measurements.  Therefore, the measurements are close, but not exact.
Additionally, the MSRP was listed in rubles.  Monetary exchange rates are constantly changing, so the actual MSRP of 79,500 rubles can be more or less than the approximated $2500 I listed above.  Based on the continued weakness of the dollar, and the move to further deflate the value of it by the Federal Reserve, I would expect the price in US dollars to climb.

We should see the new Saiga-12 shotgun at the 2013 SHOT Show.  Stay tuned as we will have photos and details on the new gun then.

[…] new Saiga-12 appears to be on track for import into the United States according to information from Izhmash. […]

[…] I reported back in May, a new Saiga-12 shotgun has been designed for the competition market.  Currently, Izmash is showing the shotgun at various […]