The FN SmartCore was rolled out at the EUROSATORY 2012 last week.  Formerly known as the FN Black Box, the SmartCore is very similar to the recording devices found in airplanes that the project was originally named after.

The SmartCore is an electronic system that records and examines the firearm’s use for a variety of purposes.  It does several rather mundane things like help armorers keep track of which weapons are in need of service.

One of the more interesting aspects of the recorder is its ability to transmit use information to military commanders.  This allows the chain of command to know specifically which units are engaging the enemy, and at what location, without the need for radio communications.

FN claims the system is completely “transparent” to the individual soldier.  In other words, the rifle operates exactly the same way it always has without any additional input or maintenance from the infantryman.  Additionally, FN claims the SmartCore is light enough that it does not affect the balance of the rifle.

Please note that the SmartCore is obviously designed for the modern battlefield, and it is not being marketed toward the civilian world.  This is not the FN version of the Chiappa Rhino RFID chip debacle. 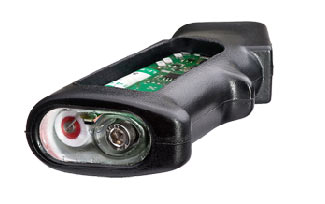 One reply on “FN SmartCore”

Geez. Talk about a solution in search of a problem.