In another exclusive contract with Lipsey’s, Ruger is making a limited run of single-action Bisley 44 Magnum revolvers.  The new handguns feature a stainless steel finish and a 3 3/4″ barrel.

The new guns use the Super Blackhawk frame and the Bisley grip that was available from Ruger until recently.  It now appears that Ruger only makes the Bisley grip on custom runs and distributor exclusives.

This particular handgun has a satin stainless steel finish with black grips.  The sights are adjustable and replaceable should you want to put something brighter on the end of the barrel. 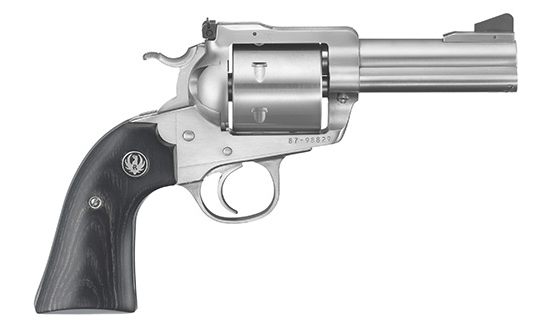 Speaking of the barrel, did I mention that it is less than 4″ long?  Barrel lengths on single-action revolvers (NAA not included) tend to be longer rather than shorter.  However, there is a great deal of interest in some circles for carrying a single-action revolver as a self-defense gun.  This gun could certainly fit that role.

A more likely use for this gun is as a back-up gun for hunters, or even as a primary firearm for hikers and other sportsmen enjoying the outdoors inhabited by a bear and other large, man-eating creatures.  Load up some hard-cast rounds for penetration, and you’ll be better served than a sharp stick and harsh word.

MSRP is $784, which is pretty reasonable for a high-quality revolver.  Make sure you visit Lipsey’s for more information. 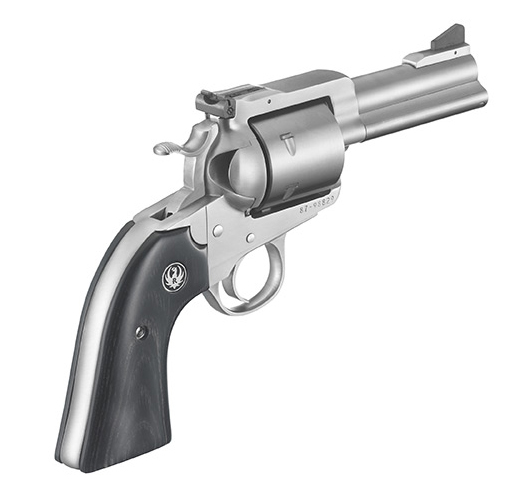 Ruger makes a really dependable handgun. Carried for years this is the only gun I know that you can shoot hot loads through. Looking foward to owning one!!

I own the Ruger Talo Blackhawk 44 mag and love it! This one looks cool too!