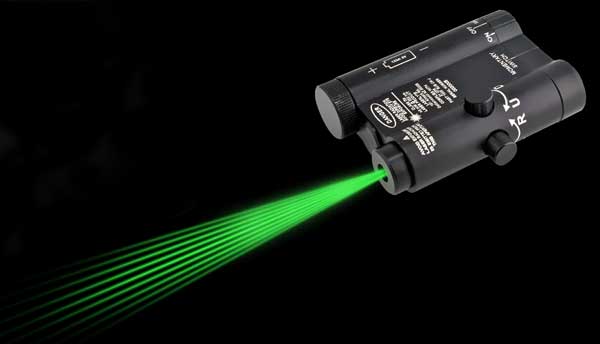 The new LaserLyte Kryptonyte Center Mass shotgun laser is definitely a step away from traditional laser sighting systems.  The Center Mass system projects nine laser dots: eight in a circular pattern with the final dot in the center of the ring.  The idea is to provide the shooter a visual representation of where the shot will strike.

The farther away the target, the larger the circle.  The approximate spread is 1″ per yard of distance.  While not exact, this is a relatively decent approximation that has been taught to defensive shotgun shooters using traditional 00-buck loads in an 18″ barrel pump gun.

While not exact, the laser dot circle is bound to be more accurate than just the bead front sight used by so many on home defense and law enforcement shotguns. 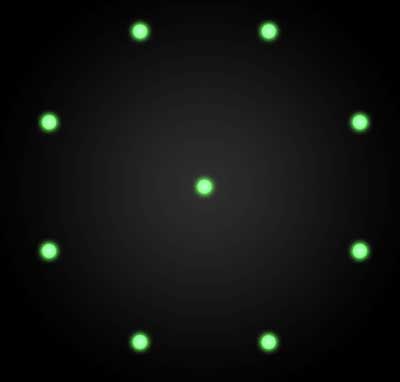 The LaserLyte Kryptonyte Center Mass laser uses green lasers, which are more visible to the human eye.  This is helpful at night, but nearly required for bright light conditions.  Daylight typically washes out red lasers, making them virtually useless in some lighting conditions.

The Center Mass attaches to your shotgun via any 3″ or longer Picatinny rail.  Modern tactical shotguns, such as the Kel-Tec KSG, frequently have a rail.  Older shotguns would have to be retrofitted with one.

The Kryptonyte Center Mass uses a single laser that is refracted and split into nine different beams.  The unit is powered by a single CR-123 battery instead of the small watch batteries used by some of LaserLyte’s other units.  It is my understanding that green lasers take more energy to operate, so a larger battery is needed to ensure a good run time.  According to the company, the Center Mass should go for about six hours of “normal” use.

The Kryptonyte unit comes with a remote switch and copper braided cord.  The laser can be set as a momentary on switch, or as a standard on/off switch.  The unit is 3″ long and adds 5.4 ounces to the gun’s total weight.  MSRP is $284.95, and I have seen them for a lot less: about $99 on Amazon right now.

This is another product we expect to see at the 2012 NASGW Expo.  Assuming it is there, we’ll get you more information on it then.

A red version of the Center Mass laser unit will be available in 2013 around the time of the SHOT Show.  The red unit will be less expensive and smaller.  It will be designed for pistols, but it is unclear if it will use the same refractive technology to split the beam into nine beams.  We will be at the SHOT Show and have more info on it then. 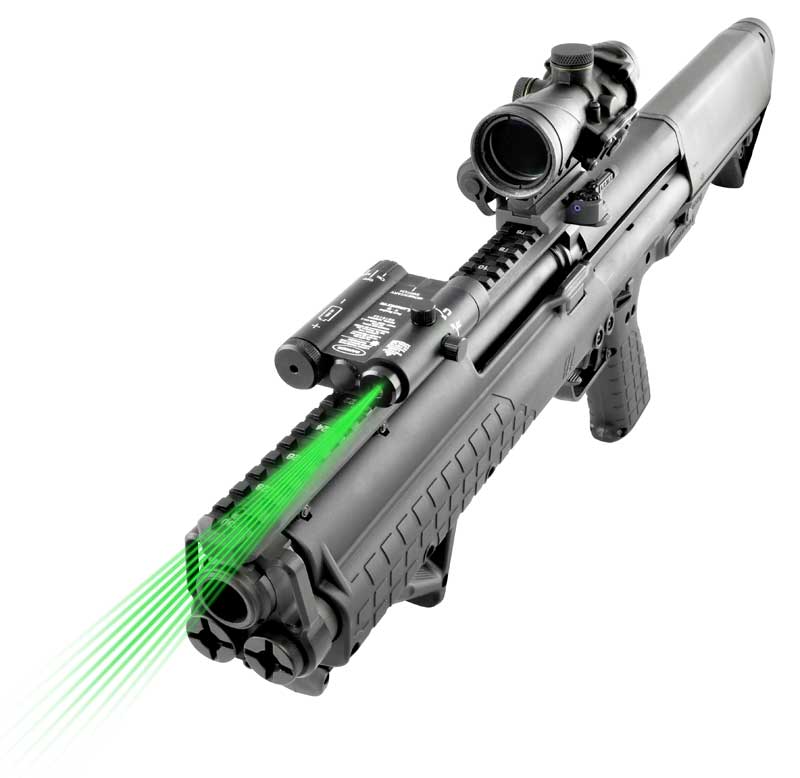 These look very interesting especially for shotguns. I’ve got one coming for review:-)

I look forward to your review. Shoot me a note when it is up and I will make sure my readers know about it.

[…] are asking Sent from my SPH-L720 using Tapatalk 2 Here y'all go…Greg pay attention……….LaserLyte Nitromethanol and Spent Gunpowder….best two smells in the world Reply With […]