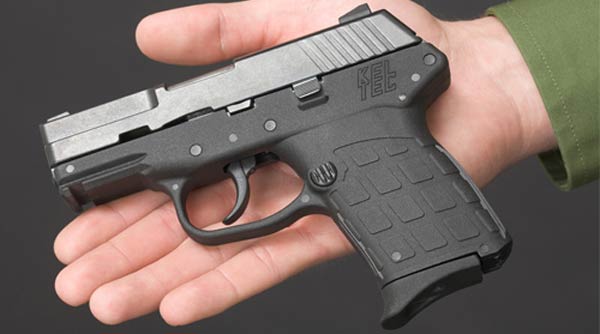 It seems that a shooter over at Reddit had a bit of a problem with a PF-9. Â In this case the barrel lug sheared off after about 300 rounds of factory ammo. Â Well, that’s not good…

When the gun owner called Kel-Tec, the customer service rep was friendly and stated :

…[the company] had a batch of PF-9 barrels that had weak lugs and were just now surfacing after they had been shot an extended amount of time.

I don’t know about anyone else, but 300 rounds is a relaxing afternoon and not an “extended amount” of shooting.

I agree with Caleb’s assessment on the value of quality control, and I am comfortable with spending a little more money to get a more reliable firearm. Â But, I am disappointed in Kel-Tec for failing to warn people on their website about what appears to be a known problem.

Checking the front page and the news page of the Kel-Tec site, I could not find any reference to PF-9 pistols having shipped with weak lugs. Â If the problem was limited to a specific batch of barrels, the company should be able to identify a serial number range that is affected. Â It is my opinion that the responsible thing to do is to recall those specific pistols and swap out the barrels.

Many people rely on these pistols for self-defense, and if there is a known defect in the guns, it is my opinion that the company is irresponsible in not (1) warning the owners and (2) fixing the problems. Â Can you imagine pulling your PF-9 in when confronted with a lethal threat only to have the gun catastrophically fail?

One reply on “Kel-Tec Fail”

I had a P-32 I carried for over a month before I got it out to the range. Then it didn’t fire. It didn’t do ANYTHING when you pulled the trigger, not even a click sound. They fixed it after a return trip to the factory, but I just sold it at that point.
Still, I would like to try their .308 bull pup.