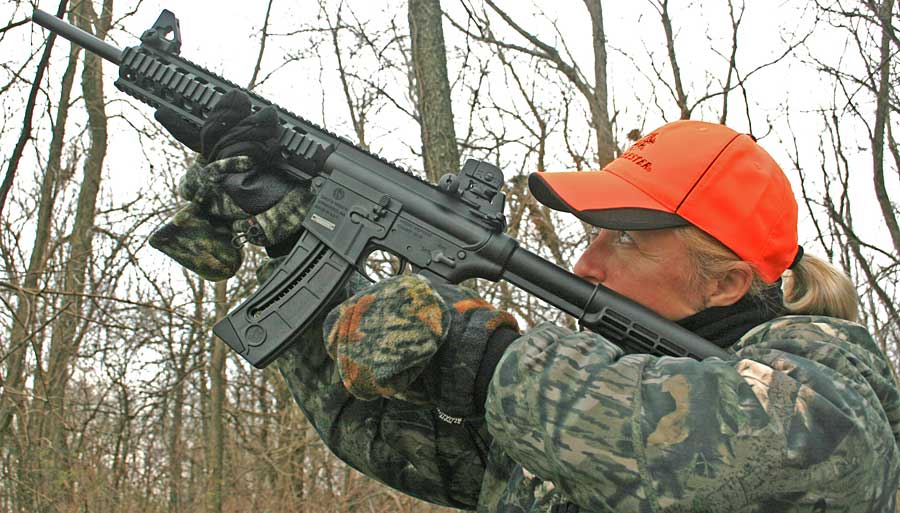 As Iâ€™ve mentioned before, a 20-gauge shotgun is a good shotgun to start young shooters off with, or to hunt smaller game animals like squirrels, rabbits or small birds.Â  However, when hunting pheasant, turkey and larger game birds like duck and geese, the ethical hunter should step up to the more powerful and longer range 12-gauge.Â  For some hunters, like in Iowa, the only long gun available to them to hunt deer is the shotgun.Â  I would definitely not want to hunt deer with anything less than a 12-gauge, especially when that 250-pound Iowa corn-fed trophy buck gets in range! 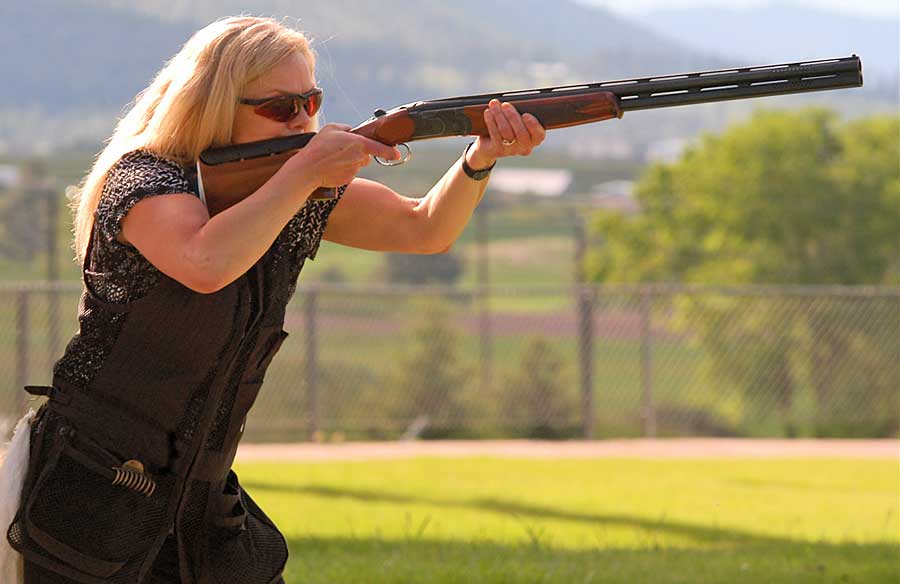 Some hunters set up their shotguns especially for the game they are hunting.Â  Turkey guns are camouflaged, and often have scopes or red-dot optics mounted for better accuracy of the elusive bird that is most often taken while on the ground.Â  These guns often are set up with improvised chokes to further narrow the expansion of the shot and improve accuracy.

A hunter shooting quail, dove, or pheasant has no need for optics like the Turkey gun, and relies more on quick point-and-shoot techniques to down their birds.Â  As such, camouflage isnâ€™t necessary and the choice of choke often changes to allow a broader cone of fire to better strike a bird in flight.Â  Avid and professional hunters donâ€™t like messing with their guns once they have them fitted the way they like them, so a different firearm for different hunting is necessary.

From the beginning of this nationâ€™s history, the rifle has been a necessary instrument in the taming of the frontier and the acquisition of liberty.Â  And for many the rifle was the means to ensure that meat made it to the table.Â  Some may think that one hunting rifle is enough.Â  Once again, we have to look at what weâ€™re hunting.Â  If Iâ€™m hunting a coyote than I could get away with a .223 caliber rifle.Â  But I wouldnâ€™t be seen near that rifle if I was trying to down a bear. 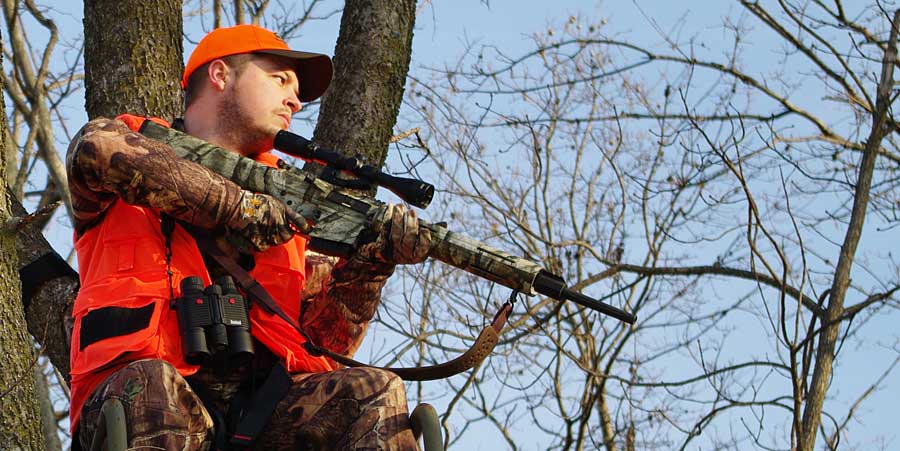 I have a Savage .30-06 bolt action rifle that I use predominately for longer range hunting of deer.Â  I also have a Marlin 30-30, which is ideal for shooting in thicker terrain where animals are going to be at closer ranges, and the brush is thicker.Â  The 30-30 with its lever-action has also been considered by some gun enthusiasts to be an ideal self-defense rifle, along the line of Jeff Cooperâ€™s scout rifle.

Both of those rifles carry a nice punch, so to get my boys into the woods I bought a single-shot Rossi Trifecta that comes with a .243, .22, and 20-gauge inter-changeable barrels.Â  The .243 is about as low as I would want to go for hunting deer, and its been the perfect cartridge for getting my boys into hunting.

As you can see, a true sportsman could easily justify several shotguns in the safe.Â  The point is – a different shotgun or rifle to meet the needs for different circumstances. 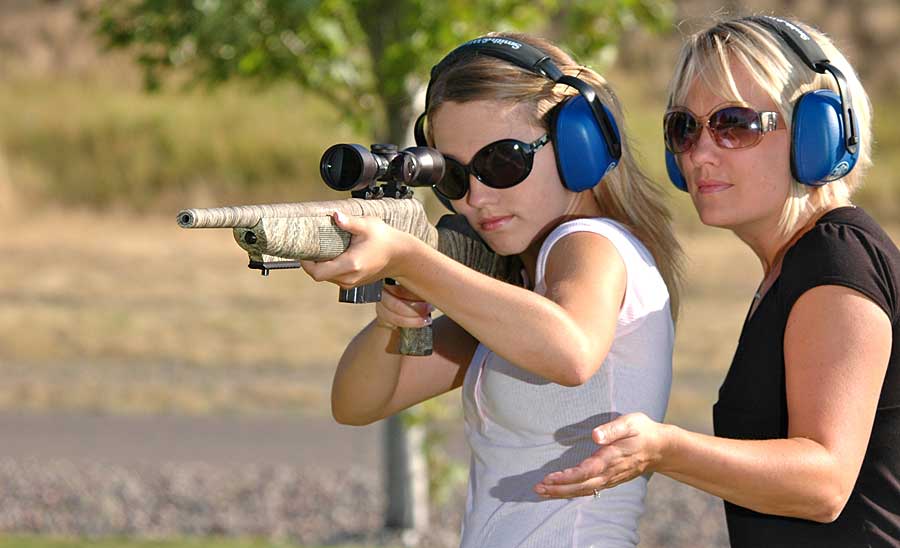 â€œA well regulated Militia, being necessary for the security of a free State, the right of the people to keep and bear arms shall not be infringedâ€ (U.S. Constitution, 2nd Amendment, emphasis added).Â  History has clearly shown us that the â€œmilitiaâ€ was the people, and the people responded to threats with their firearms.

The anti-gun elites want everyone to look at an AR-15 and recoil with disdain as if weâ€™d seen a crackhead panhandling their wares in front of a pre-school.Â  The AR-15, the civilian version of the M-16 and now M-4, is a remarkable weapon system that with improvements has become one of the most prolific firearms in the history of the world.Â  Many non-gun owners question why anyone would need such an â€œassault weaponâ€.

Although a handgun seems like a powerful instrument capable of inflicting massive trauma (thanks Hollywood), in reality it has always been designed for a close quarters, last line of defense, weapon.Â  Iâ€™ve already discussed limitations of revolvers and semi-auto handguns, and caliber restrictions.Â  In the choice of defense at home, I would always go to a long gun first over a handgun.Â  I believe that a shotgun is the ideal home defense weapon, but an AR-15 provides an alternative with several benefits.

A center-fire rifle puts more force behind a bullet than a pistol, and in the case of the AR-15 you have the added benefit of having multiple rounds available in a magazine.Â  This is a good thing when more than one adversary are attempting to take your life, or the life of your family.Â  A rifle also gives the shooter much greater distance to engage hostiles than even a shotgun can.Â  Plus, theyâ€™re just plain fun to shoot.

This country was founded on freedom and liberty, and the firearm has been there to ensure those principles remain.Â  Letâ€™s face it, the only way to ensure that our government does not run rough-shod over our freedoms is for the populace to be armed.Â  The government of a free people should not be afraid of this.Â  Our government, after all, only has the power that we the people give it.Â  Letâ€™s keep our firearms and make sure the politicians and elitists know that ultimately we retain the power.

GUNS ON THE JOB

Obviously, some of us rely on handguns for our professions.Â  Police, Sheriffs, Wildlife Officers, security officers, and others carry firearms every day.Â  Most carry full-sized semi-auto pistols.Â  Cops are notoriously suspicious of Murphyâ€™s Law coming into play at the worst possible moment, so many officers carry a back-up weapon.Â  Often these weapons are smaller versions of their duty weapons so that ammunition, and in some cases, magazines, are inter-changeable should the unthinkable take place.Â  Other officers, like several State Police agencies, require officers to carry a small revolver as a back-up weapon for the reasons listed above.

Many civilians may not realize that outside of large and medium sized police agencies, officers are required to purchase their own firearm.Â  And almost every agency requires officers to purchase their back-up firearm.Â  Either way, these professionals have a reason for owning more than one handgun.

Then there are the weapon collectors.Â  Some people collect coffee mugs, some people collect cars, others coins, and some collect guns.Â  Firearms, like perhaps no other weapon ever created by mankind, has dramatically impacted the geography of the human race.Â  In the old West it was said that God made all men, and the Colt Peacemaker â€œmade all men equalâ€.

Along the way gun manufacturers have developed some incredible weapons.Â  Some are extremely intricate, some incredibly small or large, and others are quite simply just beautiful to look at.Â  In many ways mastering firearms is manifesting the human desire to master the world we live in.Â  Thereâ€™s just something awesome about feeling the power of a gun recoiling in your hands, and the satisfaction of hitting what you were aiming at.

Firearms have also been shown to keep their value over many years, often increasing in value.Â  As such, they are good investments, particularly during tough financial times.

These are just a few reasons to justify owning multiple handguns as a collector and a shooter.

â€œWhy so many guns?â€Â  In short, a gun is a tool.Â  Like other tools that have specifically designed jobs, the firearm is usually designed to fulfill certain jobs.Â  For someone active in hunting, sport shooting, home defense, or even collecting, having just one gun would be like trying to build something with just a hammer.Â  Thereâ€™s just about nothing more dumb than a bag full of hammers.Â  It should come to no surprise then, to gun owner or not, that our safes are full of a variety of firearms.Â  In that way we have the right tool, for the right job, at the right time.

Most excellent post. Might I ask what brand/model rifle the young lady is shooting in the next to last photo? If that’s an aftermarket stock, I’m curious as to the make of that. It’s a nice looking gun.

I’m not sure – the photo is a stock photo provided by the NSSF. However, I’ve seen the gun before and just can’t recall who makes it. I was thinking Remington or Mossberg, but I can’t find it on their sites. Nothing matching (that I found) on the Savage site either.

Can anyone help out here?

I can’t be sure, but it looks a lot like the Mossberg MVP series rifles. I thought it was a Varmint or Predator version, but the handle actually looks like the new MVP Patrol series, just painted in a camouflage pattern.

The MVP Patrol has a fixed stock as does the youth version, however only the other models have a pistol grip, but with a collapsible stock. So the rifle looks like an MVP (AR mags in a bolt gun) but the stock may be after market.

Especially if it is your in-laws home!