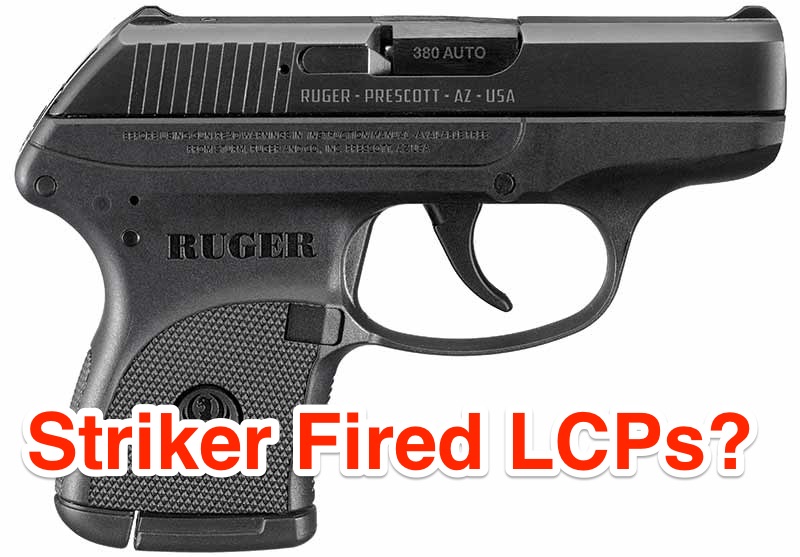 If the rumor is true, and we are going to see a new Ruger LCPs, I wonder if that spells the end of the hammer-fired versions of the tiny handguns.

Since the gun was introduced in 2008, the suggested retail prices on them have dropped from $330 down to a (nearly) unbelievable $259. Is the company clearing out the sales channel to make way for the new guns? I would not be surprised.

When the first LCP pistols began shipping, I was interested, but not overly impressed. The biggest disappointment to me were the nearly unusable sights. They were simply too small. However, a second generation of LCP pistols increase the sight size enough to make them pretty functional for a gun this small.

So, exactly when we will see a LCPs remains a mystery, as is the pricing and fate of the current model. Keep in mind that this is a rumor I have from a single source. It could prove to be inaccurate in part or whole.

I will say that picking up one of the current LCP pistols is not a bad idea if you have the money. The guns are very aggressively priced, and worth every bit of the sub $250 street price. Heck, the Kel-Tec P-3AT, a gun some say was the inspiration for the LCP, has a significantly higher retail of $338.

I thought Ruger said they could not produce a LCS 380 due to problems with consistent ignition so how could they build a LCPS?