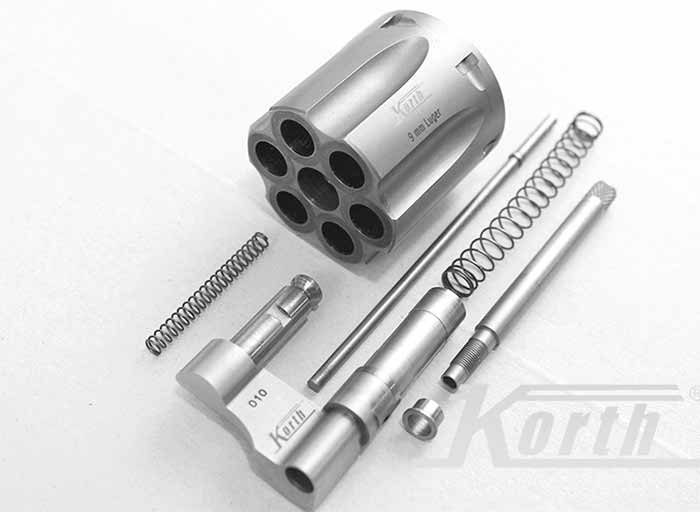 Korth announced a new 9mmÂ conversion kit to transform a Smith & Wesson L-frame revolver chambered in .357 Magnum. The conversion allows for the use of 9mm “rimless” cartridges in the revolver without needing a moon clip.

The key to efficiently operating a revolver with rimless cartridges is theÂ extraction of the fired shells. When a round is fired, the case expands and creates a tight fit inside the charge hole. The extractor star on a normal revolver pulls the empty case outÂ and allows it to drop free.Â With a rimless cartridge such as the 9mm, there is no overhanging rim for the typical extractor to use to yank the spent case from the chamber. 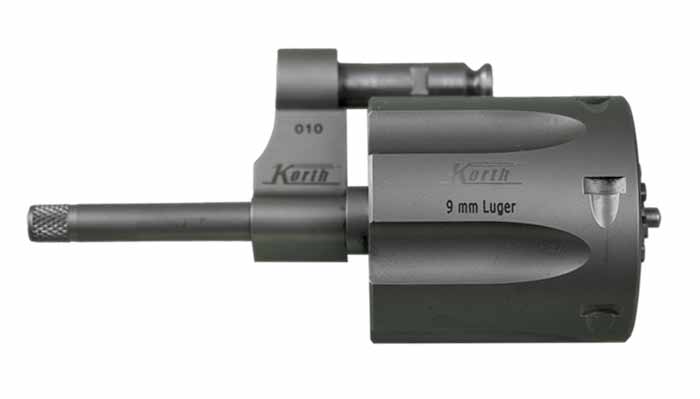 Typically, the use of a thin piece of metal – a moon clip – would be used to overcome these problems.Â A moon clip requires the shooter to snap cartridges into it. Then all of the cartridges are inserted and extracted en masse. This system works well for many shooters, and I found it worked well with the Taurus 905 9mm revolver I previously reviewed. Revolver masterÂ Jerry Miculek has used these kinds of guns to win competitions and set world records. 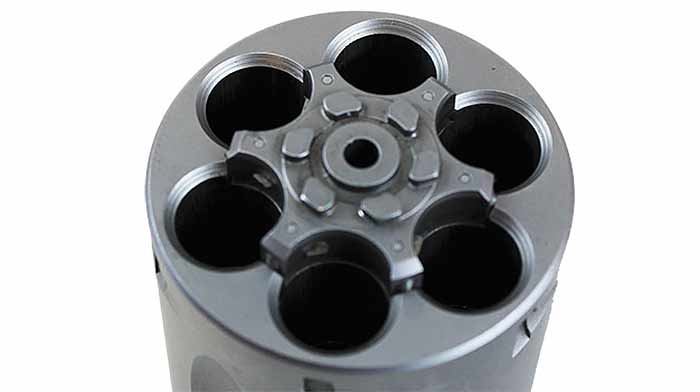 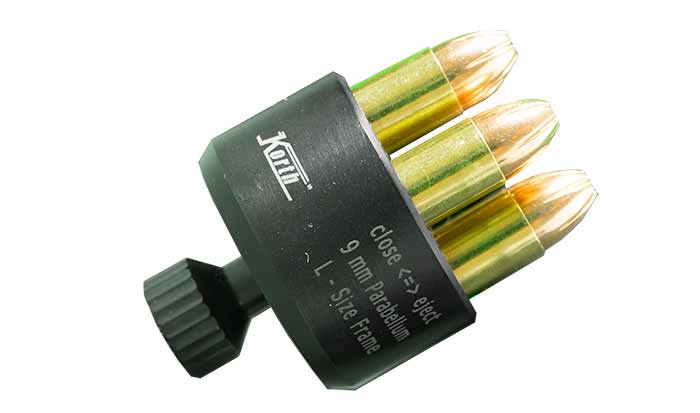