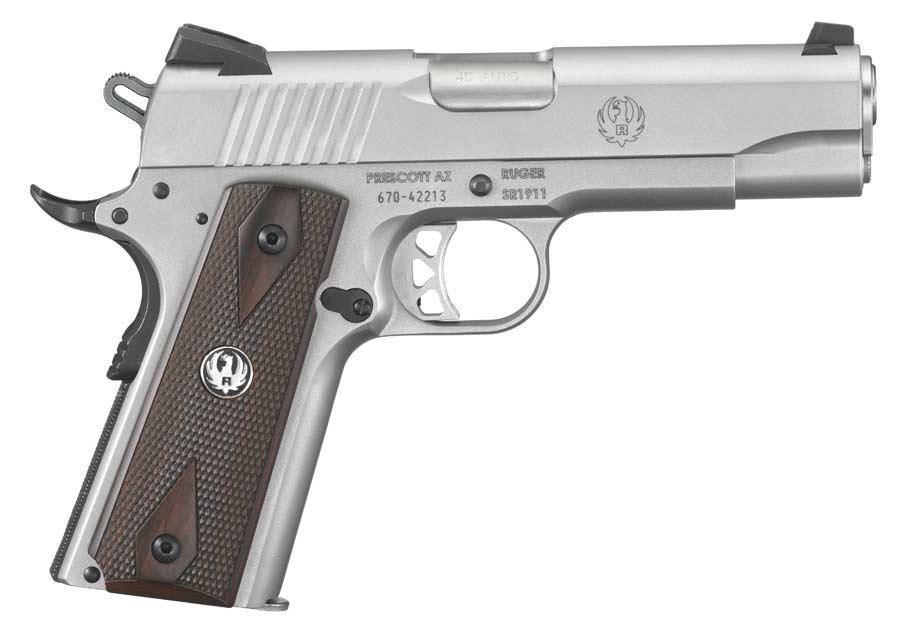 The much rumored Ruger SR1911 commander is now a reality after the company announced its introduction on its website. Â Ever since the introduction of the original SR1911, Ruger and 1911 fans have been asking for a commander-sized gun.

The new SR1911 commander is a traditional 1911-style pistol that is slightly shortened in general parameters of the original Colt commander 1911 pistols. Â The gun has a shorter barrel length (4.25″ instead of the full length 5″ barrel) and only holds seven, not eight, rounds in each magazine.