The McDonald v. Chicago decision was released on Monday.Â  I purposely avoided the news and other blogs so I could read the entire opinion with a fresh and open mind.Â  And, that is how I have written this look at McDonald.

I’m sure most of the other gun blogs have gotten basics of the story right:Â  McDonald incorporates the Second Amendment and Heller to the states via the due process clause, the gun bans in Chicago and Oak Park are illegal, and the decision was a 5-4 split.Â  But there are some other interesting aspects of this case that I will explore, and I hope this will provide a different perspective.

END_OF_DOCUMENT_TOKEN_TO_BE_REPLACED 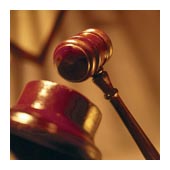