Did you know that it is legal to publish information on how to make a hydrogen bomb? The Progressive magazine did it in 1979 after fending off a government attempt to censor it.

In light of that, it makes the latest brouhaha about printing a single-shot pistol seem silly. After all, what are the digital blueprints to a crude firearm compared to those of a thermonuclear weapon that can level entire cities?

Fundamentally, the question is the same in each case: can the United States government suppress the free exchange of information if it decides the information meets a threshold for being too dangerous? The answer is unequivocally no.

Communication is a pre-existing right, a natural right, that is protected by the First Amendment of the US Constitution. It is a right that naturally exists and is not granted by any government or political body. In fact, speaking out against the government is considered by many people to be the purest form of protected speech.

Time and again, this right has been recognized by the court system even when the communication is considered dangerous or would be detrimental to the government. This right has been recognized to protect nearly all kinds of communication includingÂ advocating for violence at a KKK rally, desecrating the US flag,Â publication of the “Pentagon Papers”Â and sharing the secrets of nuclear weapons in The H-Bomb Secret.

I list these specific examples because they can be uncomfortable, offensive and damaging to people and/or the government. But it is only that which we find offensive, frightening or dangerous that needs protection. Speech that everyone agrees with needs no such protection.

Among the rights protected by the First Amendment is the right to speech. Specifically, the Constitution reads:

Congress shall make no law respecting an establishment of religion, or prohibiting the free exercise thereof; or abridging the freedom of speech, or of the press; or the right of the people peaceably to assemble, and to petition the Government for a redress of grievances.

Congress shall make no law…abridging the freedom of speech…

No law abridging the freedom of speech. None.

Nevertheless, we have allowed the government to restrict various forms of speech from the earliest days of the Republic. Alexander Hamilton, for example, helped to draft and push through the Sedition Act of 1798 that imprisoned people for speaking or publishing anything identified to be against the government or president.

During World War I, the Woodrow Wilson administration jailed hundreds of people who spoke out against the government. And lest you think these kinds of issues are only in our distant past, consider that the Barrack Obama administration prosecuted whistle blowersÂ under the same WWI Espionage Act – more than all prior administrations combined.

However, just because the government has trespassed upon our rights in the past, does not make it right today. Otherwise abhorrent practices of the past such as slavery, segregation, racial concentration camps and mass sterilization could still be legitimate practices today.

As it was understood by the people at the time the US Constitution was adopted, and as it has been recognized by the courts throughout the years since, speech includes other forms of expression including writings, art and video.Â Dangerous ideologies are also protected.

Here in the United States, printed materials have always been considered protected speech.Â Publications like the magazine High Times and the various books on revenge, weapon making, creating false identities and hiding from the law have enjoyed broad protections for decades. Web sites, e-mail and other forms of electronic communication are also protected in spite of government encroachment in the digital realms.

Computer code, a recipe if you will, for creating a gun also has the same protection. Information can be dangerous, but the possibility for unlawful use by someone does not usurp the rights of law abiding citizens to read, possess, create and disseminate it.

Where Do You Stand?

I recognize that most of my readers are pro-gun people and are likely to support the ability to publish information on making guns. However, for the First Amendment to truly be strong enough to protect that right, all forms of communication must be defended by all of us – even, and especially, when such speech is uncomfortable.

Standing up for uncomfortable – even crude, ugly and repugnant – communication is difficult. You don’t have to agree with the content, but will you stand for someone’s right to say or publish it? After all, that’s what we are asking people who dislike guns to do here: support our right to publish information about making firearms.

In 1979, I was just a dumb kid building models, playing Dungeons & Dragons and marveling over the relatively new Atari 2600 video game system. Even though I disagree with probably every single political aim The Progressive has, I’d like to think that I would have willingly spoken out for its right to publish The H-Bomb Secret had I been old enough.

Sadly, I don’t expect The Progressive or its readers to do the same for us today. Perhaps I could remind them of whatÂ Ron Carbon, the former publisher of The Progressive, wrote in his article “Afterthoughts – March ’81”:

Replace “nuclear secrecy” with “guns” and see if that shoe still fits.

And if you believe they should be supporting us right now, will you show the same consistency the next time your ideological opponents are threatened with an abridgment of their rights?

The National Rifle Association (NRA) perhaps stirs the emotions of the pro-gun and anti-gun proponents like no other organization. On of the latest NRA slogans is â€œStand and Fightâ€, referring to fighting for American citizensâ€™ 2nd Amendment rights. By far the NRA gets most of its publicity, both pro and against, from its media actions and lobbying for pro-gun legislation.

What you may not know is that the NRA does more than just fight for gun rights. Â In fact, the political actions of the NRA may be dwarfed when compared to the work done to train and educate Americans on safe gun handling, marksmanship, self defense and more.

END_OF_DOCUMENT_TOKEN_TO_BE_REPLACED

Michael Bane introduced me to the idea of “Gun Culture 2.0,” and I recently offered my views on the changing face of the gun culture in an article at Human Events.

Cam Edwards of the Cam & Company radio show invited me on Wednesday night to talk about my views on the changing gun culture. Â Essentially, I stated that the latest generation of gun owners is a much more diverse crowd and that those of us in the older, or more traditional, gun culture should be as welcoming as possible.

END_OF_DOCUMENT_TOKEN_TO_BE_REPLACED

The McDonald v. Chicago decision was released on Monday.Â  I purposely avoided the news and other blogs so I could read the entire opinion with a fresh and open mind.Â  And, that is how I have written this look at McDonald.

I’m sure most of the other gun blogs have gotten basics of the story right:Â  McDonald incorporates the Second Amendment and Heller to the states via the due process clause, the gun bans in Chicago and Oak Park are illegal, and the decision was a 5-4 split.Â  But there are some other interesting aspects of this case that I will explore, and I hope this will provide a different perspective.

END_OF_DOCUMENT_TOKEN_TO_BE_REPLACED

Trying to figure out what to buy the gun-guy or gal in your life for Christmas?Â  Here are a few ideas:

In the Gravest Extreme, Stressfire, and the The Gun Digest Book Of Concealed Carry are all excellent books written by Massad Ayoob.Â  I highly recommend each of them.Â  Another very good book for someone interested in self protection is Armed Response: A Comprehensive Guide to Using Firearms for Self-Defense by David Kenick, which I reviewed here.

Most ammunition can be purchased for less than $20/box.Â  For a single box, your local dealer is probably the best vendor.Â  For a larger quantity or for harder to find calibers, an online vendor like Natchez Shooters Supply, AmmoMan, or Midway USA is the best bet.

Speaking of ammunition, quality AR-15 magazines can still be had for less than $20. My favorites are the Bownells with the Magpul anti-tilt followers, but I also like the Magpul PMAG polymer magazines.Â  Brownells is shipping as quickly as they come in, so if you order ASAP, they will likely be shipped before Christmas.

Bore brushes, cleaning patches, solvents, and oils are always needed and a good idea as a stocking stuffer. My current favorite CLP is from Rand Innovations. Check out my review here.

A NRA membership is perhaps the most important gun-related gift anyone can give this year.Â  $25 includes a magazine of your choice plus all of the standard benefits such as firearms insurance, life insurance, legislative updates, and much more.

Handgun magazines are a useful gift.Â  (The metal/polymer kind, not the paper mailed to you monthly kind.)Â  With the run on all-things-gun, certain magazines, such as the Glock, have gotten more expensive ($25-30 typically), but almost all common handgun magazines can be had for $35 or less.

A high intensity flashlight such as the inexpensive SureFire G2 Defender or the ultra-powerful Streamlight ProTac HL 3 are excellent choices for tactical lighting. 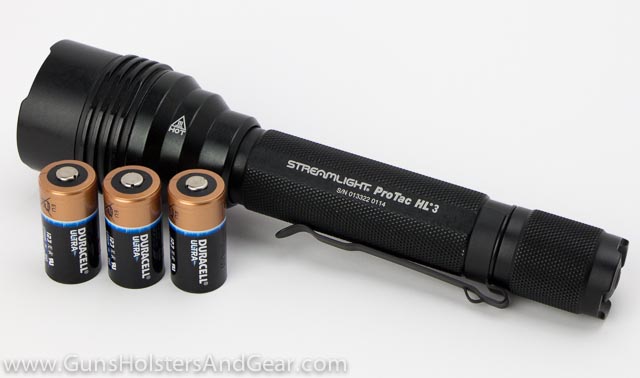 If your someone special owns a J-frame Smith and Wesson revolver, theÂ Crimson Trace LG-405 Grips are an excellent purchase!Â  Trust me, you surprise your significant other with a set of these, things are very good on Christmas morning!

While an AR-15 is certainly more sexy, the ubiquitous .22 rimfire rifle is a fun rifle to shoot plus it is inexpensive to purchase and keep fed with rimfire ammo.Â  Nearly every rifle maker has at least one .22 rimfire in their line.Â  Ruger’s 10-22 is pretty much the gold standard, but I really like the inexpensive, tube fed Marlin 60, which can be had for less than $150 at your local dealer or even WalMart.

Price Is No Object

If price is not a consideration, aÂ training at the Safety Solutions Academy, Gunsite or Massad Ayoob Group. Even better, arrange a private corporate shooting event in Ohio that can include machine guns, armored vehicles and cannons. 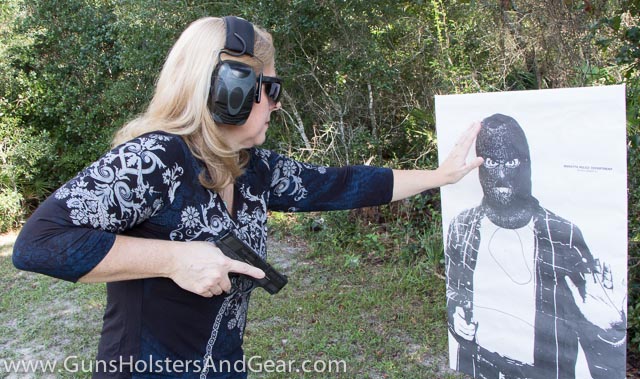