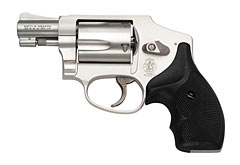 What should have been the textbook case for the right to keep and bear firearms for self-defense, ended tragically because the victim mistaken believed the man he shot twice was no longer a danger. He paid for that mistake with his life.

It is not my intention to blame the victim for his own death, rather to encourage everyone else to learn from his mistake. Hollywood has taught us that if you shoot a person, they will fall down and die immediately. Nothing could be farther from the truth.

If you carry or own a firearm for self-defense, you have to understand rapid incapacitation is only achieved through a hit to the central nervous system (unlikely) or through massive bleeding. The murderer in the above case was hit by +P .38 hollowpoints in the face and center mass. Both were well-placed shots made by an older man with a partial disability on a younger, faster assailant. Both shots, with time, proved to be incapacitating to the felon. However, neither were enough to instantly stop the attack.

If you own a firearm for self defense, train to keep shooting until the threat ceases. That may be one shot…or it may require many shots.