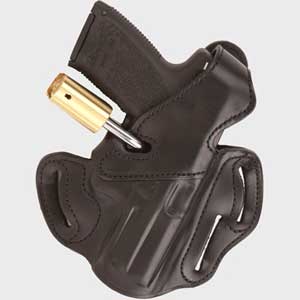 Negligent discharges (ND) are not only dangerous to people who are around when the bullet exits the muzzle, but they are also dangerous to all gun owners. A single negligent discharge may run on the evening news or on the front page of the local paper, whereas the millions of people who safely handle firearms every day are never mentioned. A single mistake tarnishes all of us.

In this case, we have a commercial airline pilot who appears to have negligently discharged a firearm while the plane is on a cross-country flight. We can assume it was a negligent discharge because there is no mention of any reason the firearm would have been intentionally discharged.

So, the Flight Deck Officer program, which the TSA has been dragging their feet on for the past six-plus years, now has a black eye. This will, no doubt, be a reason that the TSA and Congress can point at to “prove” the program of training and arming pilots is a bad idea.

The pilot involved in this incident was fired because of the ND.  He took the case to arbitration and was rehired after an 18-month suspension.  Subsequently, the Department of Homeland Security demonstrated that the holster design was largely at fault for this and at least two other negligent discharges.

Even though the Inspector General’s office of the DHS issued a report in 2008 urging the discontinued use of the holster, no action has been taken to date.  The report found the holster “design renders the weapon vulnerable to accidental discharges.”

The practice, as required by law, is endangering the pilots and passengers.  But, that what we get from Congressmen and bureaucrats.