Well known for its AR gear, Magpul continues to expand its offerings for AK-platform weapons. In today’s article, I take a look at the MOE AK Grip and show you how to install one on your AK-47, AKM or AK-74 based gun.

END_OF_DOCUMENT_TOKEN_TO_BE_REPLACED

Magpul filed suit last week alleging the trafficking of counterfeit products.  According to the allegations in the complaint filed on August 8 in the US District Court, Northern District of Florida, a subject named Matthew Gottlieb, a business named Rudy’s RA1 Accessories and an unknown number of John Does sold counterfeit Magpul MBUS Pro sights.

It should be noted that the real MBUS Pro sights were announced earlier in 2013, but have not yet been released for sale.

Magpul alleges Gottlieb sold the counterfeit sights for sale on multiple websites including:

END_OF_DOCUMENT_TOKEN_TO_BE_REPLACED

Magpul announced a new addition to their popular MOE line of products – the   MOE Fixed Carbine Stock.  Available in both Mil-Spec and Commercial models the Fixed Carbine Stock provides shooters with another option to satisfy their personal preferences, or State-mandated rifle accessories.  The new addition is specifically designed for Carbine-length buffer tubes. 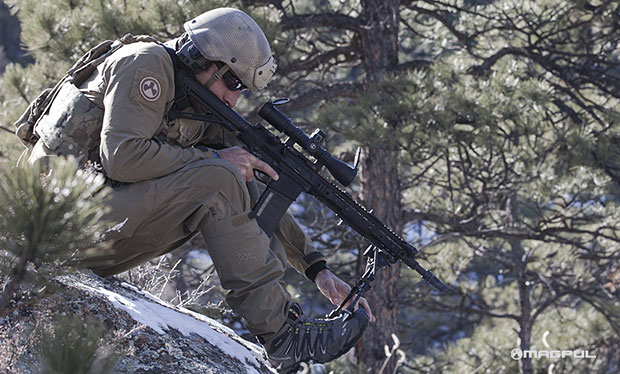 END_OF_DOCUMENT_TOKEN_TO_BE_REPLACED

When you think of polymer AR-15 magazines, Magpul PMAGs are almost the universal image that comes to mind.  The company now aims to make you think “Magpul AK-47 magazine” when you need to feed your Eastern Bloc gun. 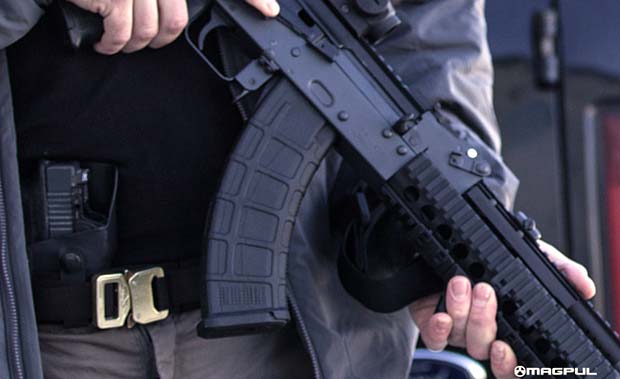 I recently read an independent test in a tactical magazine that compared 5 different polymer magazines. Though several other brands scored high, the Magpul PMAG was still the reigning champ.  From dusty battlegrounds to the mean streets, to home defense and beyond, Magpul has produced a great magazine that is enjoyed by many.

Until recently Magpul has focused most of the PMAG magazines on the AR rifle market.  The most popular mag being for the AR-15, but also offering magazines for the  AR-10 in .308 caliber, and two options for the British SA80 and the H&K G36.

For the first time, however, Magpul has entered the increasingly popular AK-47 market with the new PMAG 30 AK MOE.  The new PMAG 30 for the AK-47 brings all the experience, expertise, and technical magic that has made the Magpul PMags so popular in the AR market to the Kalashnikov world.  Specifically designed to work in the AK-47, AKM, AKS, and similarly patterned rifles chambered for the 7.62×39, the AK MOE is a 30-round lightweight polymer magazine that offers a removable base plate, constant curve, and the highly regarded and dependable Magpul follower.